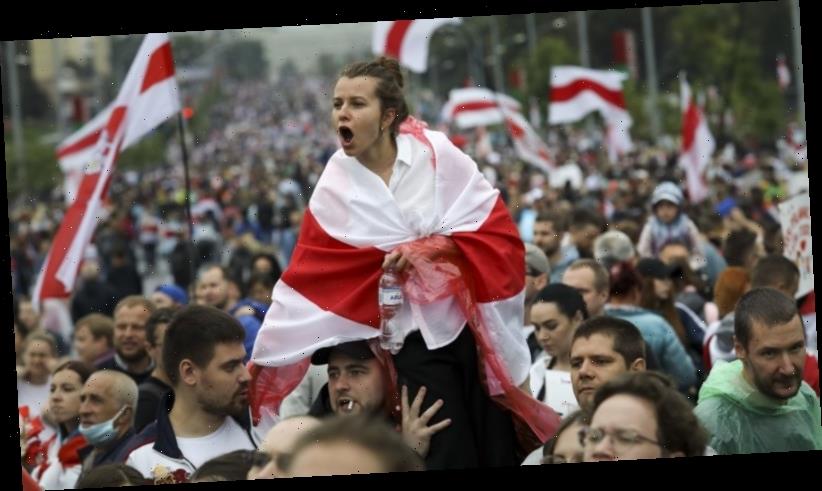 The long-running unrest in Belarus has spilled over into this year’s Eurovision Song Contest, with organisers ejecting the country from the competition for songs found to have repeatedly violated rules barring political content.

The country’s original song entry, Ya Nauchu Tebya (I’ll Teach You) by the band Galasy ZMesta, was criticised by opposition figures who assert that lyrics such as “I will teach you to toe the line” endorsed President Alexander Lukashenko’s violent crackdown on anti-government protests. Eurovision fans started an online petition asking organisers to make Belarus withdraw from the competition. 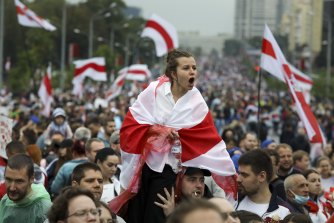 The banned Belarus entry to Eurovision appeared to advocate the government’s tough and violent line against the oppostion, which has mounted massive protests since last year’s “rigged” election. Credit:AP

This month, the European Broadcasting Union, which organises the international musical spectacular, wrote to Belarus’ national broadcaster, BTRC, saying that the entry was not eligible to compete in the musical talent show in May in Rotterdam, Netherlands.

“The song puts the nonpolitical nature of the contest in question,” the broadcasting union’s statement said.

Belarus was given an opportunity to submit a modified version of the song, or a new tune. But after evaluating the replacement, the union said in a statement late on Saturday (AEDT) that “the new submission was also in breach of the rules” and that Belarus would be disqualified.

Belarus was gripped for weeks by large-scale protests last year after Lukashenko claimed a landslide victory in what many Western governments said was a sham election in August. His security forces then brutally cracked down on mass demonstrations. 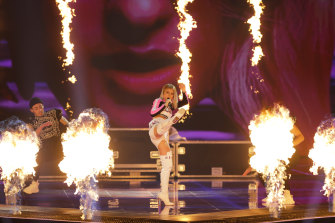 Zena of Belarus performs during the 2019 Eurovision Song Contest semi-final.Credit:AP

Both songs that the eastern European nation entered for Eurovision this year were criticised for what many viewed as pro-government lyrics and imagery. Galasy ZMesta, which performs both songs, was also found to have what could be interpreted as an anti-protest message on its website, taking aim at people who “try to destroy the country we love and live in,” adding, “we cannot stay indifferent” toward them.

Eurovision’s rules state that the event is nonpolitical and that “no lyrics, speeches, gestures of a political, commercial or similar nature shall be permitted” in the contest.

Belarus started competing in Eurovision in 2004 and has fielded an entrant every year since, so it knew what it was doing in entering songs that contained political messaging, said Oliver Adams, a correspondent for Wiwibloggs, a widely read site for Eurovision news.

As the world’s longest-running annual televised music competition, Eurovision has amassed a dedicated following of enthusiastic fans. Although the coronavirus pandemic halted Eurovision’s 2020 grand final, more than 180 million people watched the contest in 2019.

The contest, which started 65 years ago, cemented its place last year as a cultural phenomenon with a Netflix movie gently mocking its eccentricities and obsessive fandom.

While countries are rarely singled out for submitting tunes with political undertones for Eurovision, it has happened before. Georgia entered the song We Don’t Wanna Put In for the 2009 contest, which was held in Moscow, but organisers rejected it for containing obvious references to President Vladimir Putin of Russia, including the wordplay in the song title. Georgia withdrew from the competition that year but denied that the song contained “political statements”.

This year, Armenia also withdrew from Eurovision. Its public broadcaster attributed the decision in part to political fallout from the conflict with Azerbaijan in the Nagorno-Karabakh region.

“This isn’t the first time that political tension has found its way into the Eurovision-sphere,” Adams said.

“These outer-Eurovision bubble problems do seep their way into the contest sometimes,” he added, “but ultimately they’re never going to break it apart.”