The embattled PM has embarked on a tour of Europe in a desperate bid to fix the botched withdrawal agreement. 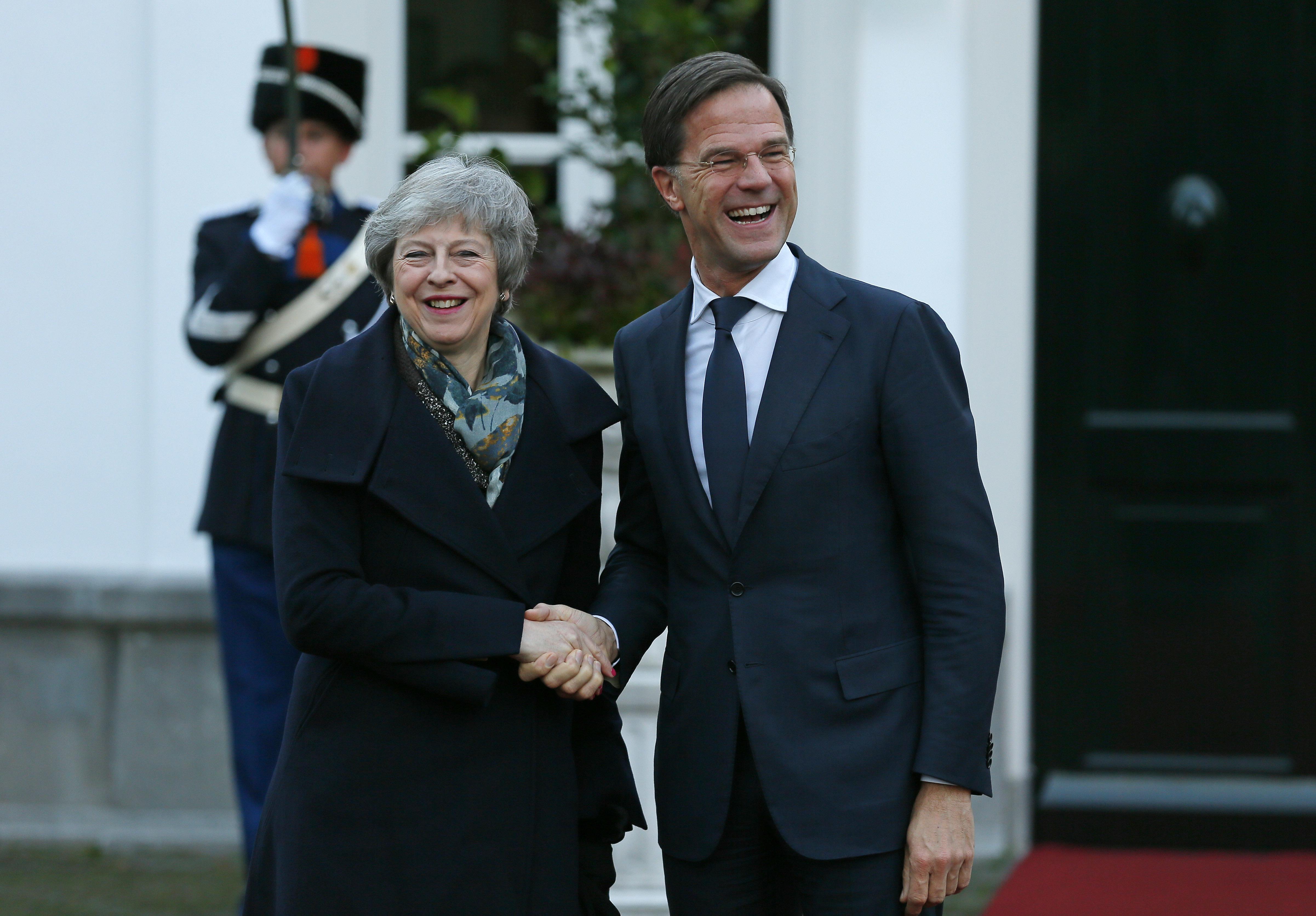 She will ask for a way to end the hated "Irish backstop" which Brexiteers fear will trap Britain in the European customs union.

This morning Mrs May travelled to The Hague for talks with Dutch PM Mark Rutte, who said they had a "useful dialogue".

She will then have lunch with Angela Merkel in Berlin, before travelling to Brussels to see top Eurocrats Jean-Claude Juncker and Donald Tusk.

But in an early blow for the PM's chances of success, Mr Juncker has already said there is "no room whatsoever" to make any major changes to the Brexit deal. 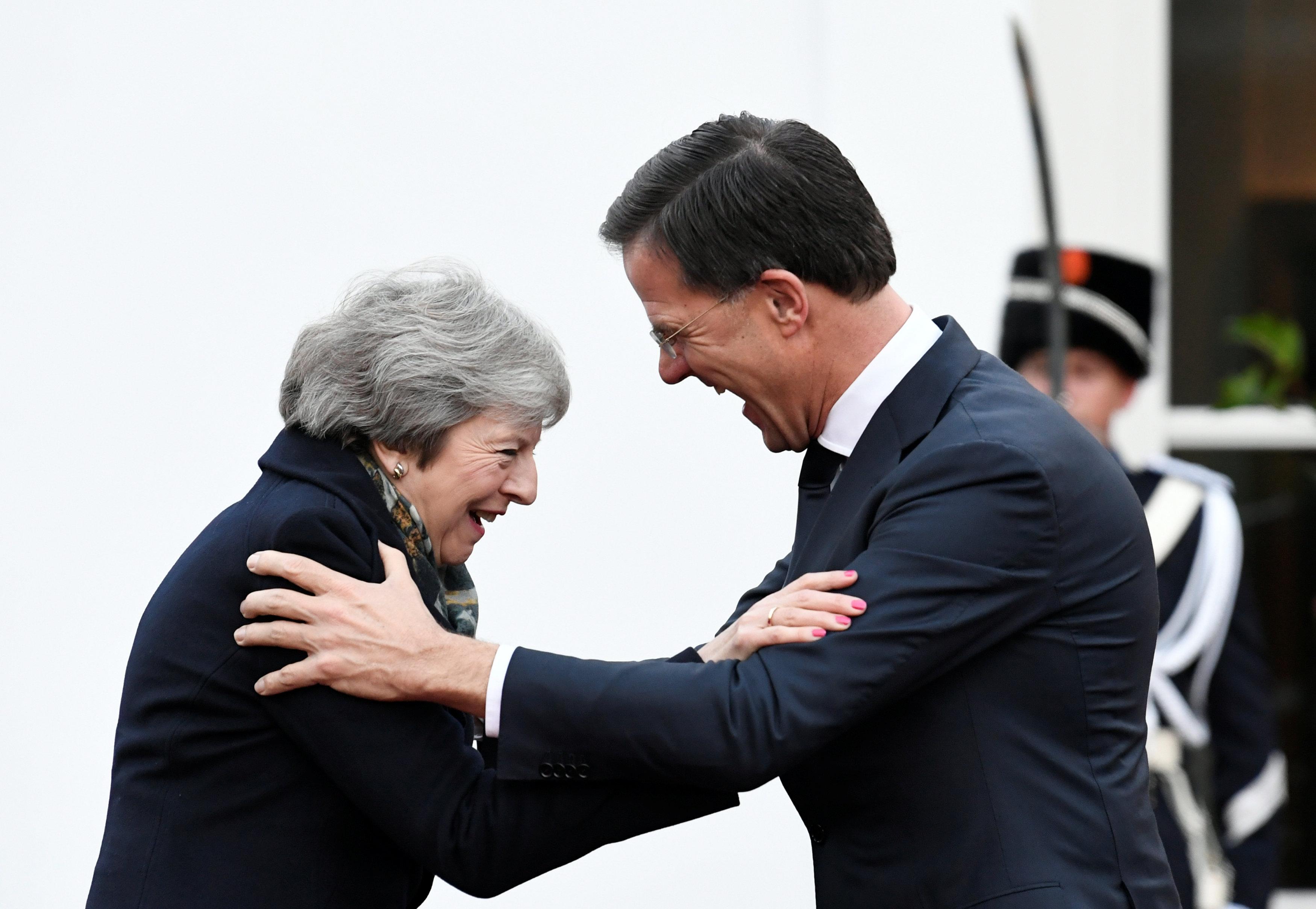 On another day of Brexit high drama:

The chaos comes after the PM was forced to scrap the planned Commons vote on her deal, due to take place today.

She wants European leaders to agree tweak to the deal in time for a Brussels summit starting on Thursday.

That would allow Mrs May to put her deal to MPs as early as next week – but if she fails it could be delayed to the New Year. 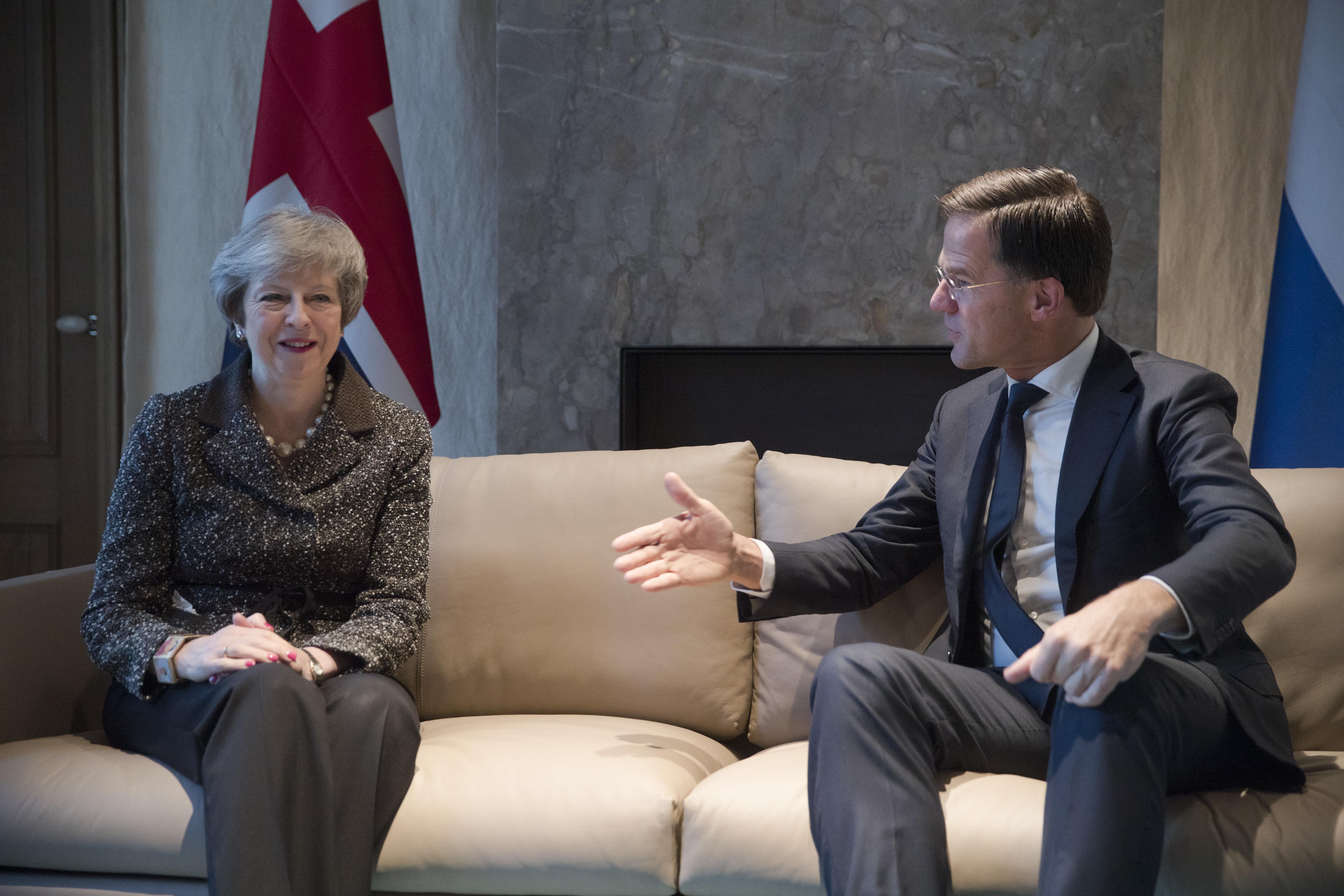 Today Commons Leader Andrea Leadsom suggested the PM wanted a way to give Parliament a say over the backstop.

MPs fear the backstop – intended to avoid a hard border in Ireland – could end up locking the UK in the customs union with no way to exit.

Mrs Leadsom told the BBC the Commons could get a binding vote on whether to enter the backstop, with an annual review of the situation.

But speaking in the European Parliament, Mr Juncker ruled out making substantial changes to the withdrawal agreement, warning the text of the deal is now set in stone.

He told MEPs: "I will see Mrs May this evening and I have to say the deal we have achieved is the best deal possible, it’s the only deal possible. 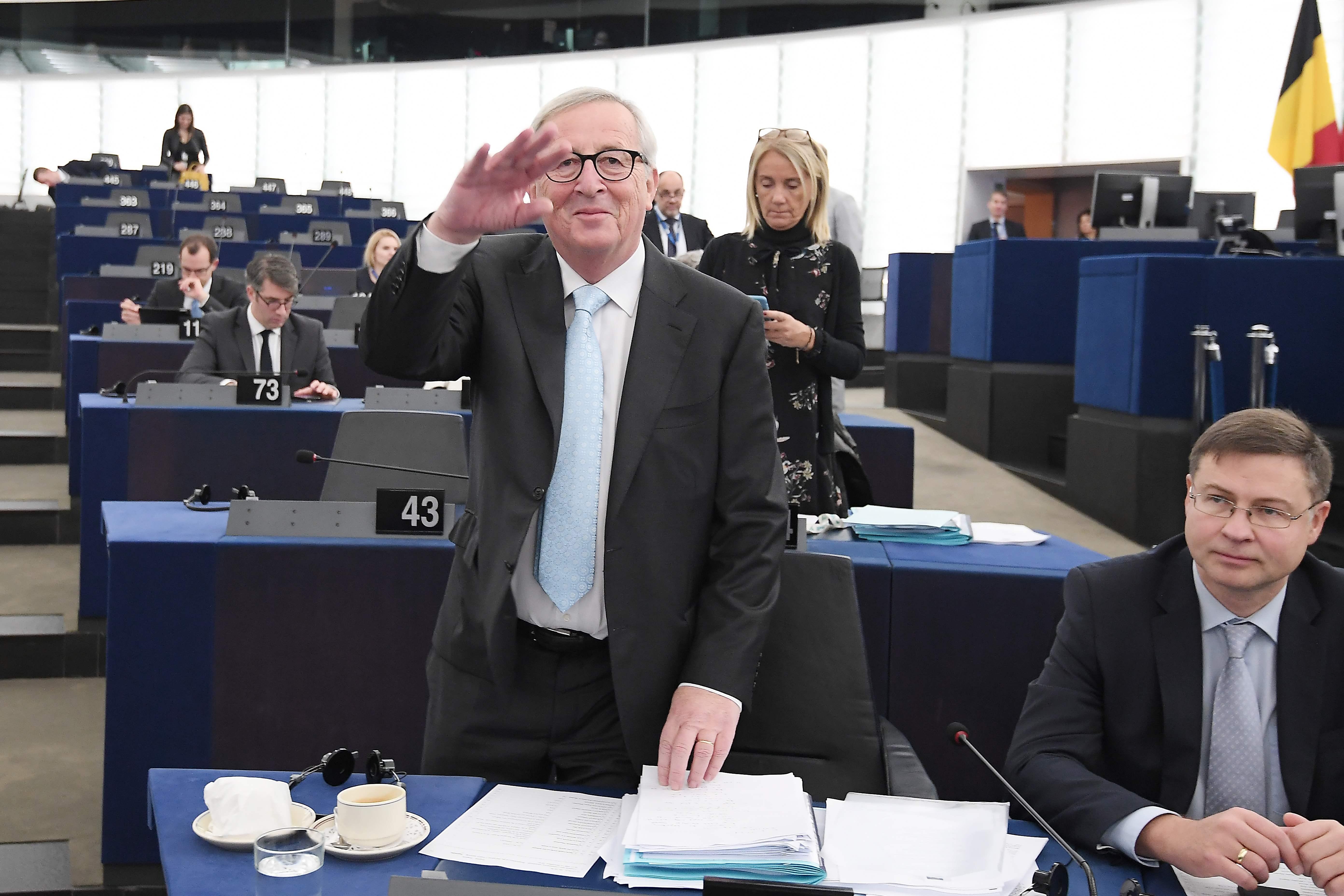 "There is no room whatsoever for renegotiation. But of course there is room, if used intelligently, there’s room enough to give further clarifications and further interpretations without reopening the withdrawal agreement.

"Everyone has to note that the withdrawal agreement will not be reopened. The big problem of course is the backstop for Ireland. We have the common determination to do everything to not be in the situation one day to use that backstop, but we have to prepare."

The European Parliament's Brexit envoy Guy Verhofstadt added: "Whatever the request may be we will never let down our Irish friends. It's out of the question to renegotiate the backstop on Ireland."

He suggested the best way to avoid the backstop trap would be for Britain and the EU to agree a "closer relationship" which keeps trade flowing.

And German politician Manfred Weber, a close ally of Mrs Merkel, said: "There is no chance to reopen the treaty that is on the table. We don’t play this game – especially in the Irish interest."

France's Europe minister Nathalie Louiseau said: "We have to stand ready for a No Deal and we're preparing for it."

Britain could fall into backstop by mistake, PM warned

BRITAIN could have to enter the hated Northern Irish backstop after Brexit, even if both sides don't want to, MPs have warned.

The powerful Treasury committee said today that it was "feasible" that the UK could enter the backstop, even though Theresa May has said that it's never intended to actually be used.

However, the MPs weren't able to model what the economic impact of the PM's deal would be in the short term.

And they slammed the Government for failing to talk to businesses about how to prepare for No Deal earlier.

MPs said their report shouldn't be used to inform the Brexit vote which was delayed by Theresa May yesterday.

But they said Mrs May's deal was the most optimistic of anything that could happen in Brexit talks – warning that the real outcome could be far worse for Britain's economy.

Committee chair Nicky Morgan said: "The committee is disappointed that the Government has modelled its White Paper, which represents the most optimistic reading of the Political Declaration, rather than a more realistic scenario.

"The committee is also disappointed that the Treasury has not analysed the backstop and fails to include short-term analysis of any of the scenarios, including impacts on public finances and on regional and sectoral job losses or gains."