Even if both parties believe that the talks have completely broken down on a trade deal, then Britain will have to stay tied to the bloc to prevent a hard border in Ireland, today's bombshell dossier shows. 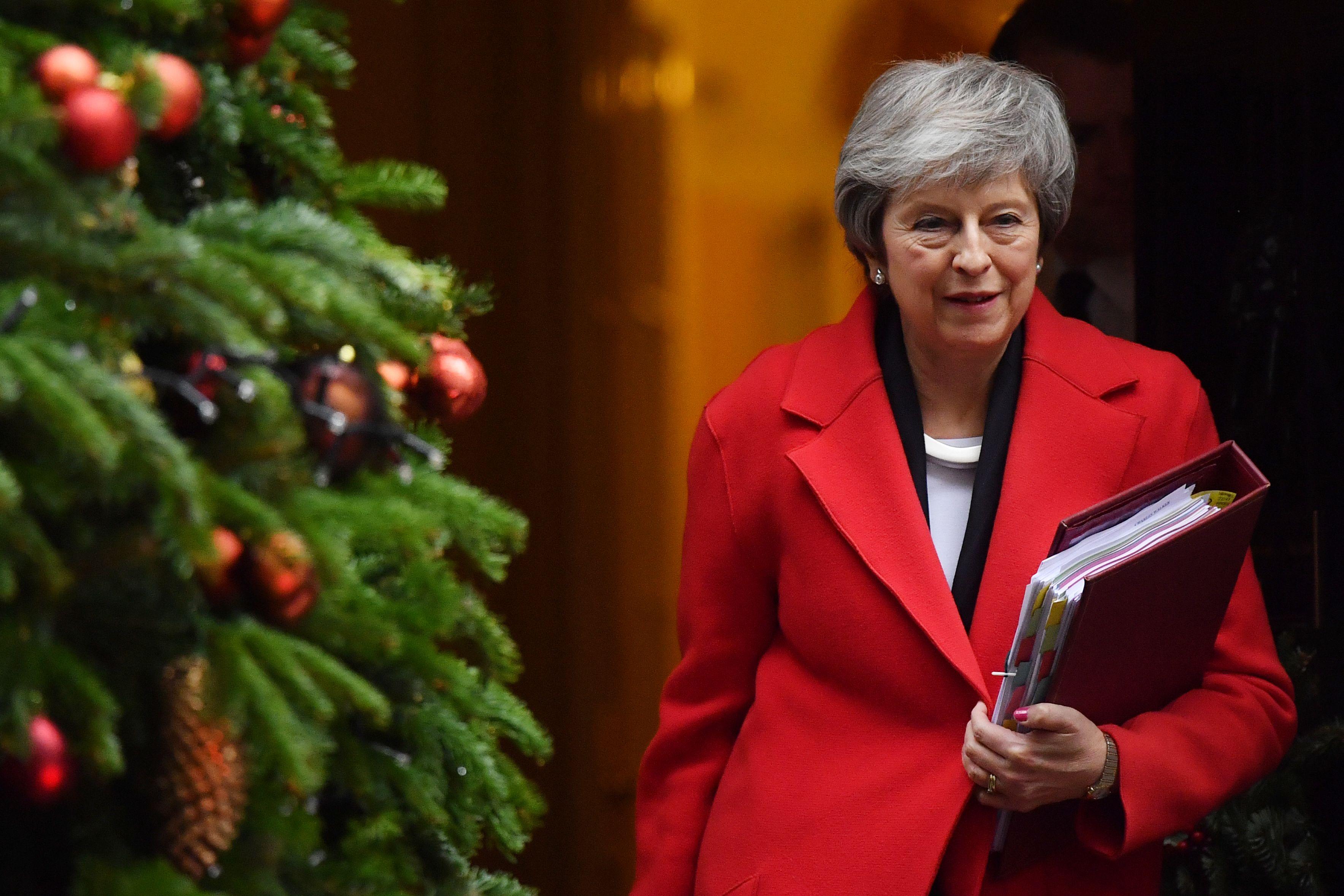 The legal advice ministers tried to keep a secret from MPs has finally been published this morning, giving a damning verdict on the PM's deal with the EU.

After a humiliating defeat in the Commons last night where ministers were found to be in contempt for the first time ever, they finally agreed to make it public.

MPs voted to defy the Government and release the full documents – rather than just a summary.

Buried in the small text it confirms that even if Britain is still negotiating with the EU years later and both parties think talks have broken down, then the UK still can't get out of the customs union backstop. 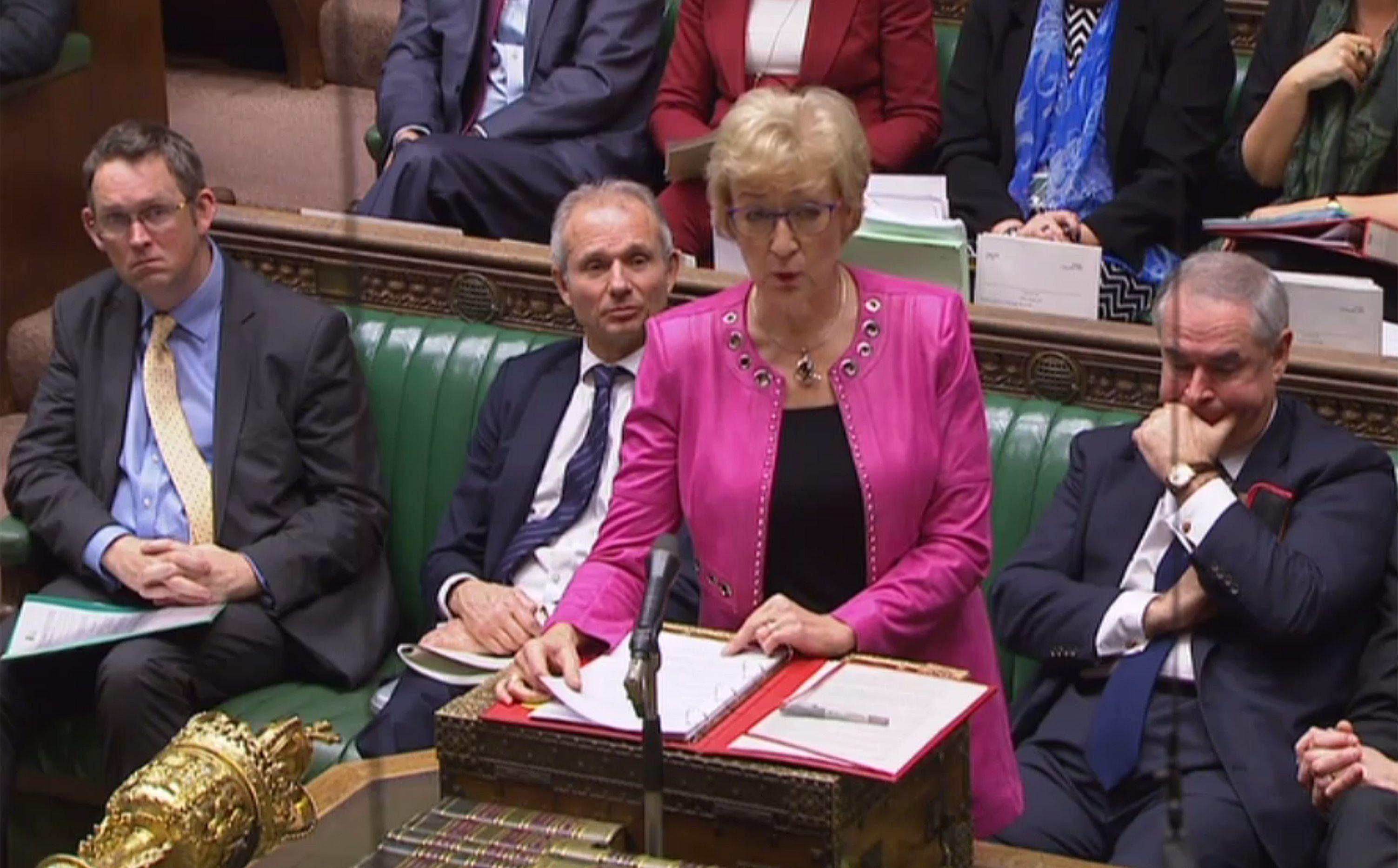 It says: "In international law the protocal would endure indefinitely until a superceding agreement took its place, in whole or in part."

And it went on to say: "The protocal is intended to subsist even when negotiations have clearly broken down."

The legal advice also blasted Mrs May's claims that a review of the situation could get us out of it.

The small print read it "does not provide for a mechanism that is likely to enable the UK lawfully to exit the UK wide customs union without a subsequent agreement".

The DUP's Nigel Dodds, who has said his party won't support the PM if the deal passes, said: "No wonder they tried to hide the legal advice. Devastating advice from AG."

He said the text proved that "Northern Ireland would be in full EU customs union while GB is not" – putting in a barrier between Northern Ireland and the rest of the country.

But today Commons leader Andrea Leadsom said MPs will live to "regret" forcing the Government into publishing it.

It was just one of three votes Theresa May's administration lost last night. 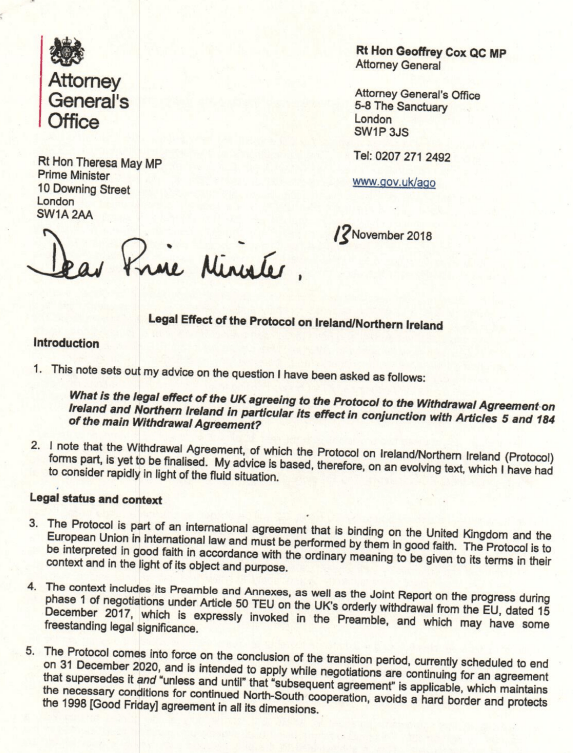 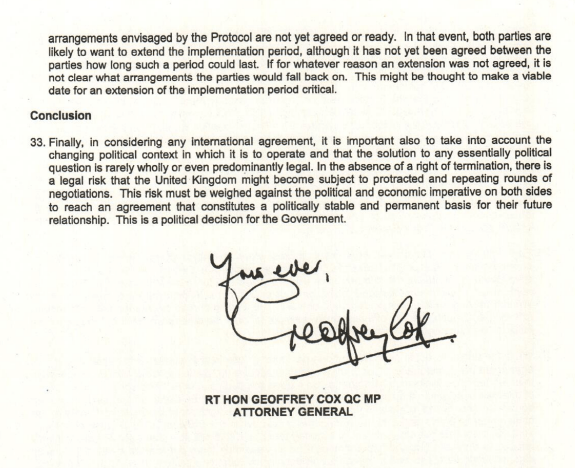 But Ms Leadsom said this morning: "I think any parliamentarian who wants at some point in the future to be in Government is going to live to regret their vote last night."

She said it undermined "decades if not centuries of convention" where ministers were able to receive advice in secret.

And she would only back Mrs May as PM "at the moment".

The Prime Minister will face PMQs in the Commons later today, followed by the continuation of the debate on her Brexit deal.

MPs will have their crunch vote on it next week – where the PM is all but certain to lose. 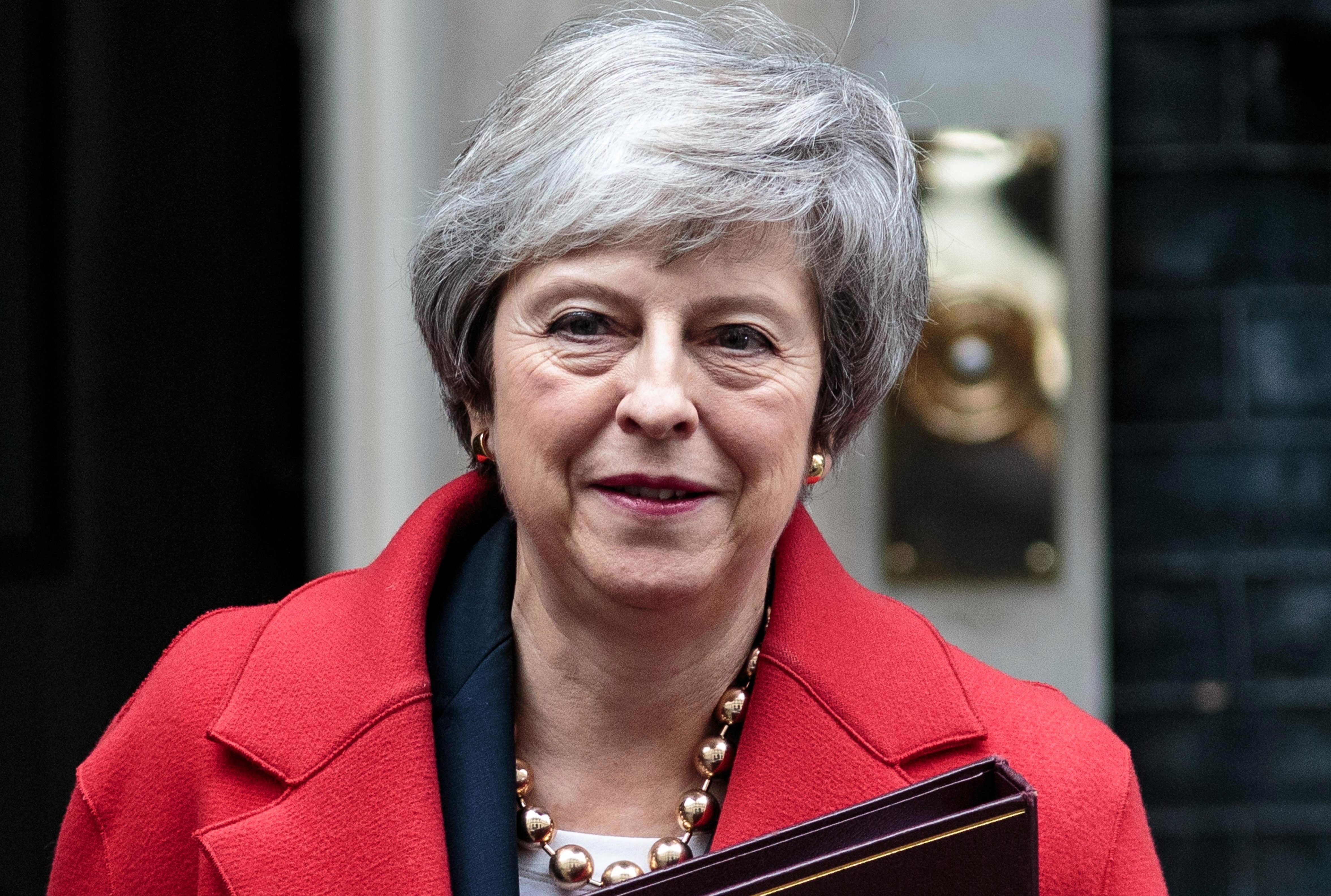 Ms Leadsom said today that if the PM's deal was thrown out in the vote next week, Britain would leave without a deal.

Other MPs are determined to stop that happening, saying there's no majority for that to pass in the Commons.

"Unless government were to do something completely different to change tack, or indeed to pass this deal, then we will be leaving the EU on 29 March next year without a deal, so it defaults to no deal," Ms Leadsom said this morning.

Last night MPs won the power to block No Deal and call a second referendum if the PM lost the vote.