Estonian stalker who threatened to rape, torture and kill internet blogger before flying over to her Liverpool home with a ‘sinister’ kit of parcel tape and hip flask of ammonia is jailed for almost two years 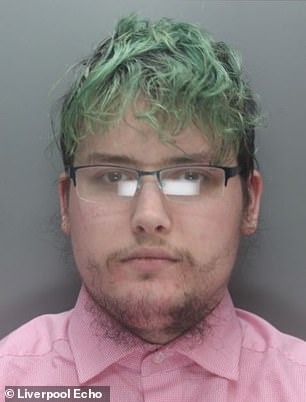 Keio Nei, 24, travelled from his home in Estonia after becoming obsessed with a blogger from Liverpool

An online gamer turned up at a blogger’s home and threatened to kidnap and rape her using a kit including a flask of ammonia, a syringe and a screwdriver.

Keio Nei, 24, became obsessed with his 24-year-old victim after meeting her through the online game, Roomscape in January 2017.

He began sending her emails saying he would go to Merseyside to torture, sexually assault and kill her, Liverpool Crown Court heard.

He also threatened to ‘saw her legs off’ and warned her ‘not to get engaged or marry anyone’.

Despite being warned by police to leave her alone, Nei travelled from his home in Estonia to the victim’s address last April and tweeted pictures from her garden before knocking on her door.

The blogger’s father convinced Nei she did not live there – after spotting the stalker had both his and his wife’s names written down in a notepad – then called police.

Nei then went to a neighbour’s home but he had been alerted by the victim’s parents about what was going on so denied knowing the young woman.

When officers went to the property the next day to drop off panic alarms they spotted Nei, who fled and hid in the back of a car being driven by his father.

After a struggle police dragged him out of the Skoda and arrested both men.

Inside the car they found a bag containing parcel tape, a screwdriver, brown gloves, an eye mask, a torch, a belt, a hip flask containing an ammonia solution, a syringe and needle, opera glasses, plastic flowers and an item described by police as a gold coloured sex toy. 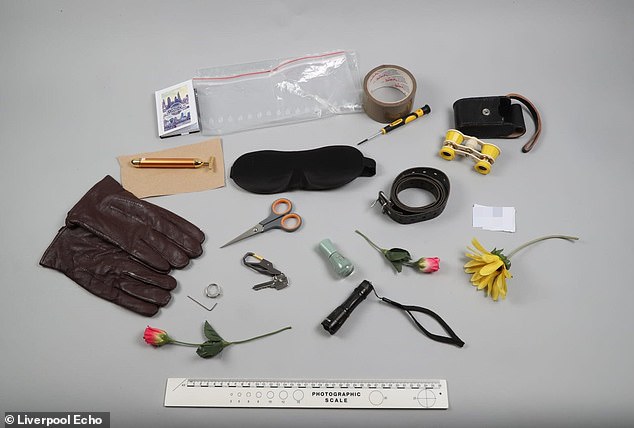 Nei had various items with him including a roll of parcel tape, a hip flask of ammonia, a syringe and needle, a screw driver, gloves, eye mask, a torch, a belt, opera glasses, scissors and plastic flowers

Kenneth Grant, prosecuting, said in one email sent on March 8, 2017, Nei told his victim it was his ‘life’s goal to find and kill her.’

He said he would sneak into her home in the early hours of the morning, drug and kidnap her, wait until she woke up, then ‘shave her bald and strip her naked’.

Nei added: ‘I will rape you and make you pregnant and then I’ll tie you up and will torture you for hours, which is basically me using my whip and other tools I brought with me, to make you suffer and hopefully feel what I felt all these years.

‘Then I guess I’ll just end it all and stab you in the chest with a kitchen knife and watch you slowly die.’

Nei’s father was arrested on suspicion of assisting an offender, before being released without charge.

The stalker told officers his father, whose furniture business has British suppliers, had offered to take him to Liverpool to see a football match.

Nei, of no fixed address, admitted two offences of stalking. He had faced a charge of committing an offence with intent to commit a sexual offence but that was dropped during his trial last October.

Doctors found he had a combination of Asperger’s syndrome, autism and ADHD, and was not deemed suitable for hospital treatment. 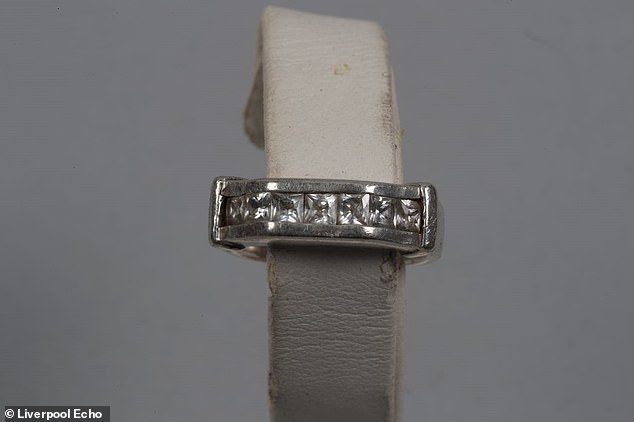 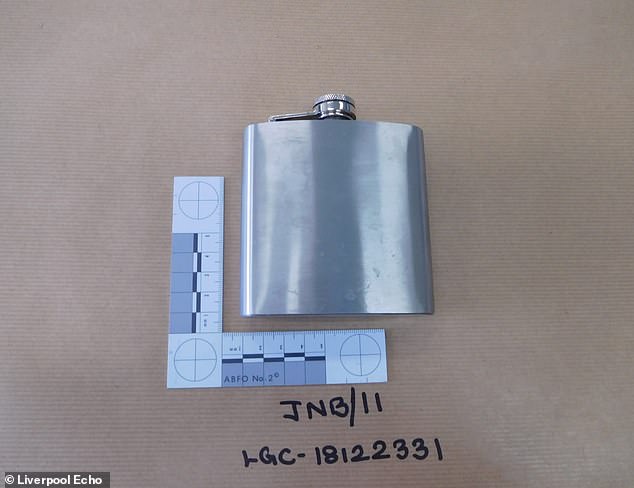 Nei’s mother said she bought the ammonia to bring him around after epileptic fits. It was found by police in a hip flask, pictured

Nei’s mother claimed he had the syringe for injections for a medical condition and said she bought the ammonia to bring him around after epileptic fits.

She explained he had carried a screwdriver around with him since childhood and wore gloves ‘because of his dislike of touching things’.

Judge Clement Goldstone, QC, accepted there might be an innocent explanation if the items in Nei’s kit were each taken in isolation.

But he said: ‘I have no doubt that their location together was devised by you because there was, within a very warped and sick mind, something that could have led at some stage to something far more serious than that for which you face sentence.’

He told Nei ‘it was utterly terrifying’ when he ‘travelled halfway across Europe with his victim in his sights’.

Judge Goldstone said cyber stalking ‘was a plague of the 21st Century’ and Nei caused his victim ‘untold distress and fear’, leaving her unable to sleep.

He jailed Nei for 21 months and imposed an indefinite restraining order to protect the victim and her family.

The Immigration Service has Nei’s passport and it is intended he will be repatriated when freed from jail.