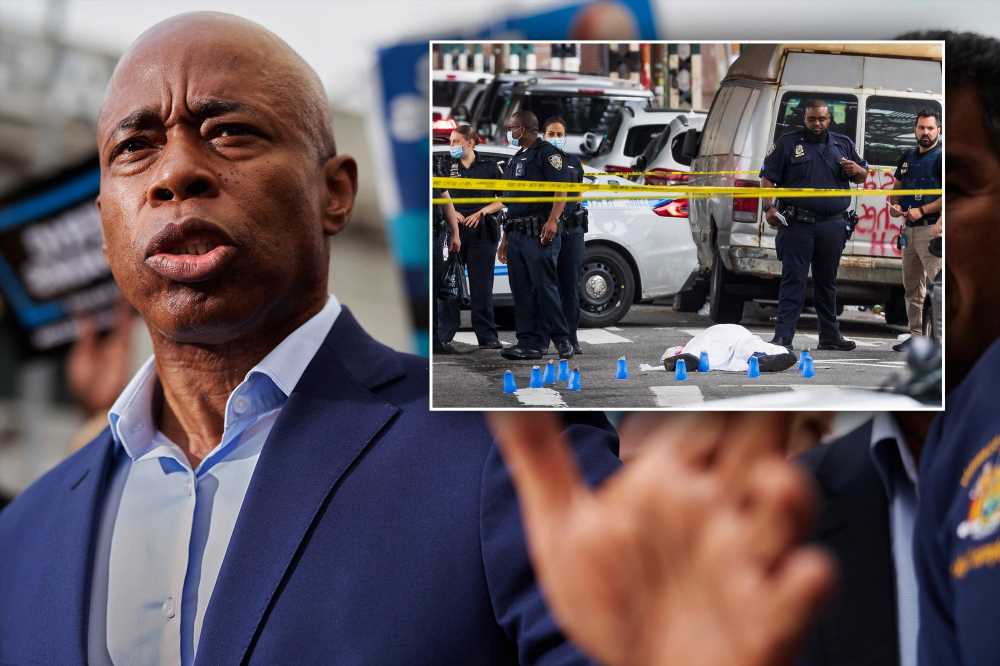 “Gun violence,” Adams told 1010 WINS when asked what his focus would be on a hypothetical Day One in City Hall.

“You’re watching it over and over again [in] all parts of our city.”

Adams, the Brooklyn borough president and a former NYPD captain, cited as examples the slaying of 10-year-old Queens boy Justin Wallace earlier this month, and a triple shooting in Times Square that left a young girl injured in May.

“Those shootings are going to impact our economic recovery if we don’t get them under control,” said Adams. “No tourist is going to come to this city if a 3-year-old child is shot in Times Square.”

“Every day we’re hearing about these shootings,” added Adams. “Every weekend [is] a violent weekend.”

As a solution, Adams repeated his plan to reinstate the NYPD’s plainclothes anti-crime unit, which was disbanded in 2020 by department Commissioner Dermot Shea amid a wave of police reform.

An NY1/IPSOS poll of likely voters released earlier this month found that 46 percent of respondents felt crime and public safety should be the top priority of the next administration.

That same poll had Adams leading the pack of Democratic primary candidates.

More recent polls have also shown Adams at or near the top with early voting underway.

Asked Tuesday why Adams believed he has not yet received the endorsement of Mayor Bill de Blasio — despite a New York Times report suggesting that Hizzoner privately favors Adams — the candidate was at a loss.

“I have been focused on this race … It’s about being in the community, speaking to everyday New Yorkers,” he continued. “That is the endorsement I want.”

Asked if that meant he does not want de Blasio’s endorsement, Adams neither confirmed nor denied.

Adams struck a similar tone when asked why he felt he lost the endorsement of the NYPD’s Captains Endowment Association union to rival Andrew Yang, despite being a former Finest captain.

“I made it clear months ago that I was not seeking the endorsement of any unions at this time from the law enforcement community,” he said. “I’m going to continue to focus on the rank and file, and everyday New Yorkers.”