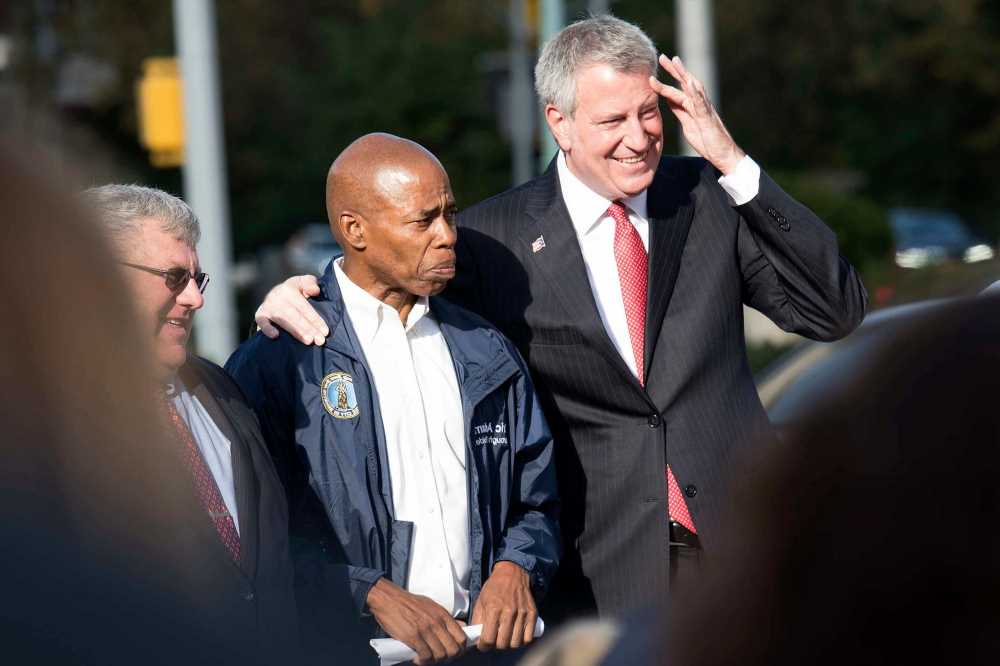 Eric Adams vows to be Lindsay-like mayor of the people — riding bike, subway

Eric Adams pressed Mayor Bill de Blasio on Friday to begin the transition to the next administration at City Hall as soon as election results from the June 22nd Democratic primary are finalized and certified.

“This is new territory for all of us,” Adams told reporters. “Historically you … only had two months. But, we’re in a unique place where we have five months, where we can build a real team and a real transition.”

The Brooklyn borough president said that he’d potentially like to begin the transition on July 13, which would be just one day after the July 12 estimate offered by Board of Elections officials when pressed about when they believe they might certify results.

“There should be an immediate sit down — build out a real transition team, build out a meeting with all the commissioners,” Adams said.

“Make your commissioners open and available,” he added. “We cant wait until the election is over and say were going to start from scratch.”

Adams suggested that the meetings could include the Republican mayoral nominee, Curtis Sliwa, a former radio talk show host who also founded the Guardian Angels. Sliwa faces long odds against any of the potential Democratic nominees in November as Democrats outnumber Republicans by a margin of 7-1 in the five boroughs.

However, the Democratic mayoral race is still not settled — and Adams took pains Friday to say that he wasn’t attempting to jump the gun on the final outcome.

“Of course, I don’t want to get ahead of myself,” Adams said. “Of course, that’s being disrespectful to the process if I’m doing that.”

The longtime Brooklyn politician scored a commanding 10-point lead over Maya Wiley and Kathryn Garcia in the initial tally of first-choice votes cast in the election.

However, the Board of Elections has yet to count the more than 110,000 absentee ballots it received so far or to tally the second, third, fourth and fifth choice votes that were cast to determine the final outcome and rankings.

The BOE will run the ranked voting choices of the ballots cast during early voting and on Primary Day on June 29, which will provide the first real data on how voters used the instant-runoff rankings and how they might affect the outcome.

Officials say they won’t be able to incorporate the bulk of the absentee ballots into the ranking calculations until July 6, due to state regulations that prevent them from even opening them until June 28.

One powerful union head told The Post on Friday that he would back Adams’ request to de Blasio.

“I think it’s important he grant access to his commissioners to both nominees,” said Kyle Bragg, the head of Local 32BJ in the Service Employees International Union. “I will say that to the mayor.”

Hizzoner also seemed open this week to the idea of beginning the informal transition this summer once the Democratic primary results are known.

“You can’t say, oh, someone’s won the primary and then we guarantee what’s going to happen in the general election,” he told reporters Wednesday.

“We’ll start on an informal level doing work together, I’m certain and helping to get whoever it is ready,” he added. “But we haven’t worked out the details. I think it’s really going to depend on who’s chosen and how they want to approach it.”

A spokesman for de Blasio affirmed that position in a statement Friday in response to questions from The Post.