Turkey president pledges to ‘drown terror army’ before it is born, referring to Syria force US reportedly seeks to form. 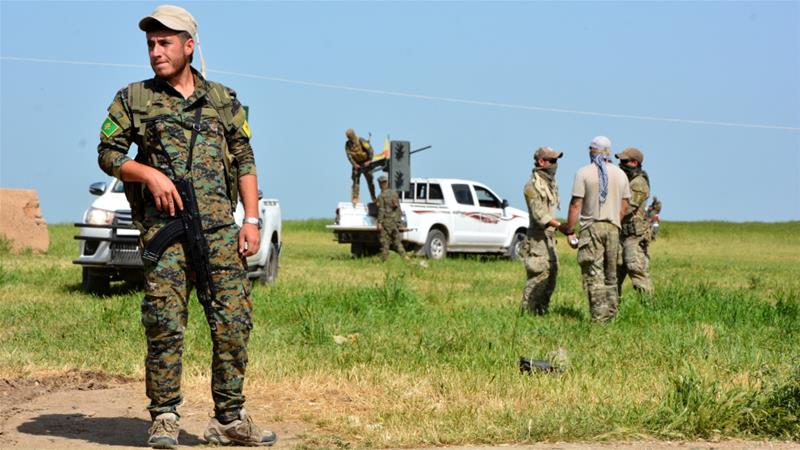 Turkish President Recep Tayyip Erdogan has said that the United States is working to form a “terror army” on his country’s southern border by training a new force in Syria that includes Kurdish fighters.

“What we are supposed to do is to drown this terror army before in comes into being,” he said in an address in the capital, Ankara, on Monday, calling the Kurdish fighters “back-stabbers” who will point their weapons to the US in the future.

His comments came after reports revealed Washington’s plan to establish a 30,000-strong new border security force with the involvement of Kurdish fighters in northern Syria.

According to media reports quoting US officials, the US-led coalition fighting the Islamic State of Iraq and the Levant (ISIL, also known as ISIS) armed group will recruit around half of the new force from the Syrian Democratic Forces (SDF), an umbrella group of fighters dominated by the People’s Protection Units (YPG).

The YPG is considered by Turkey to be a “terrorist group” with ties to the banned Kurdistan Workers’ Party (PKK), which has waged a decades-long fight inside the country.

The PKK is blacklisted as a terrorist organisation by Turkey and its Western allies. More than 40,000 people in Turkey have been killed since the 1980s after the PKK launched its rebellion.

The US views the YPG as a highly effective fighting force against ISIL.

Erdogan said that Turkey’s armed forces had completed preparations for an operation against the Kurdish-controlled region of Afrin in northwest Syria and the town of Manbij.

Warning Turkey’s allies against helping “terrorists” in Syria, he said: “We won’t be responsible for consequences”.

In a statement late on Sunday, the Turkish foreign ministry had called “wrong and objectionable” any cooperation with the YPG.

“The establishment of the so-called Syria Border Protection Force was not consulted with Turkey, which is a member of the coalition,” it said.

“To attribute such a unilateral step to the whole coalition is an extremely wrong move that could harm the fight against Daesh,” the ministry added, using an alternative acronym for ISIL.

Turkish forces pounded US-backed Kurdish fighters in Syria with artillery fire on Sunday, after the plan to establish the new force was announced.

Later on Monday, an official source in Syria’s foreign ministry denounced the US plan about the formation of the border force.

“Syria strongly condemns the US announcement on the creation of militias in the country’s northeast, which represents a blatant attack on the sovereignty and territorial integrity and unity of Syria, and a flagrant violation of international law,” said the source, according to state news agency SANA.

“Syria considers any Syrian who participates in these militias sponsored by the Americans as a traitor to their people and nation, and will deal with them on this basis.”

US President Donald Trump decided to arm YPG fighters, despite Turkey’s objections and a direct appeal from Erdogan at a White House meeting in May 2017.

The US arms shipments began before the launch of a months-long offensive to oust ISIL from the Syrian city of Raqqa, its self declared capital. The YPG played a prominent role in the eventual defeat of the group later in 2017.

Tensions between US and Turkey – two NATO allies – remain high, despite Trump saying last November that Washington would no longer supply weapons to the YPG.

A senior Syrian Kurdish official said on Sunday that fighting between the YPG and Turkish forces was already under way.

“There are attacks and clashes on the border between Turkey and the People’s Protection Units YPG,” Hediye Yusuf said on Twitter.

She called Turkey’s operation against Afrin a “violation” that “undermines international efforts to reach a political solution in Syria”.

Ankara has been reinforcing its southern border by sending armoured vehicles, tanks, and heavy machine guns, according to local media.

Turkey has been working closely with Russia and Iran to end the long-running Syrian war, despite Moscow and Tehran supporting Syrian President Bashar al-Assad – and Ankara backing the anti-Assad opposition.

In 2016, Turkey began a military campaign called Euphrates Shield Operation, which targeted ISIL and the YPG. That eight-month battle officially ended in March 2017. 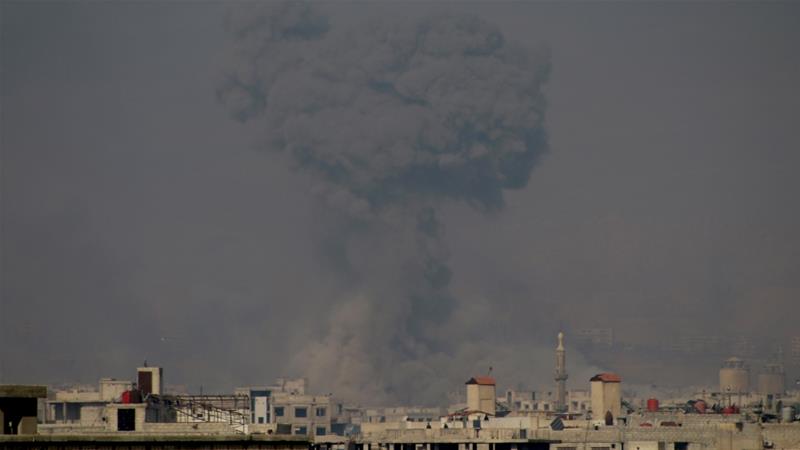