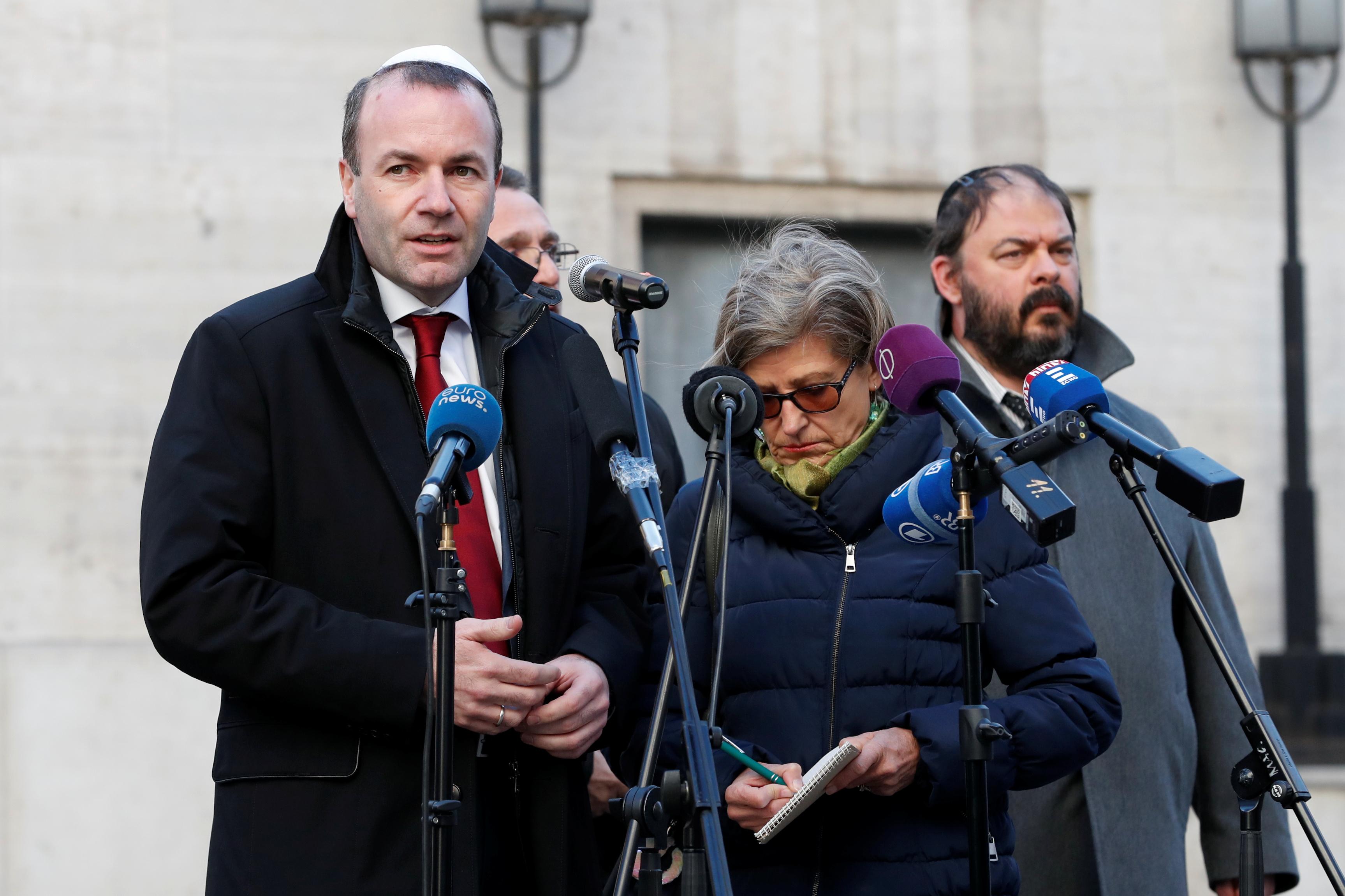 BUDAPEST (Reuters) – A meeting with Hungarian Prime Minister Viktor Orban has not resolved problems that could mean the expulsion of his nationalist Fidesz party from the European People’s Party (EPP) umbrella group, a senior EPP leader said on Tuesday.

The EPP’s Manfred Weber has demanded from Fidesz an immediate and permanent end to Orban’s anti-EU campaigns, renewed Hungarian government support for the Central European University, founded by liberal financier George Soros, to stay in Budapest, and an apology to EPP member parties.

“Today my talks with Prime Minister Orban had a constructive atmosphere but the problems are not yet solved,” said Weber, a German conservative who heads the EPP’s European Parliament faction, said in Budapest.

“We have to still assess and discuss among EPP party members the upcoming decisions. We as EPP have clear fundamental values and these values are not negotiable for us so they have to be respected by all EPP member parties, also Fidesz. The three criteria (demands) I was asking for are still the proof.”

There was no immediate comment from Orban or Fidesz.

Hungary has said billboards inveighing against Soros and the Central European University will be replaced this week with others touting Orban’s plan to lift the birth rate, and the old ones were being covered with blanks in the capital on Tuesday.

The Central European University said in December it had been forced out of Hungary after a years-long struggle between Soros, a Hungarian American Jewish billionaire who promotes liberal causes through his charities, and the rightist, anti-immigrant government of Orban.

The university, which plans to begin relocating to Vienna in neighboring Austria from September, said on Monday its expulsion from Hungary still stood.