French President Emmanuel Macron’s most loyal advisors would like to see his first lady die so that he can project himself as a ‘grieving widower’, a new biography claims.

The macabre suggestion is contained in ‘Madam President’, a book that portrays Brigitte Macron as a manipulative wife who pushed her far younger husband to become head of state. 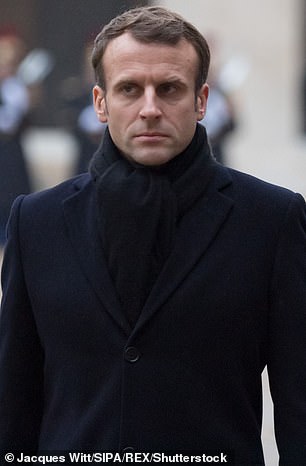 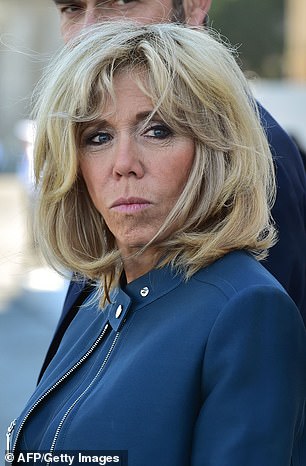 Emmanuel Macron’s closest aides are ‘in love’ with him and ‘dream that [wife Brigitte] dies’ so that he can play the grieving widower, a new book claims 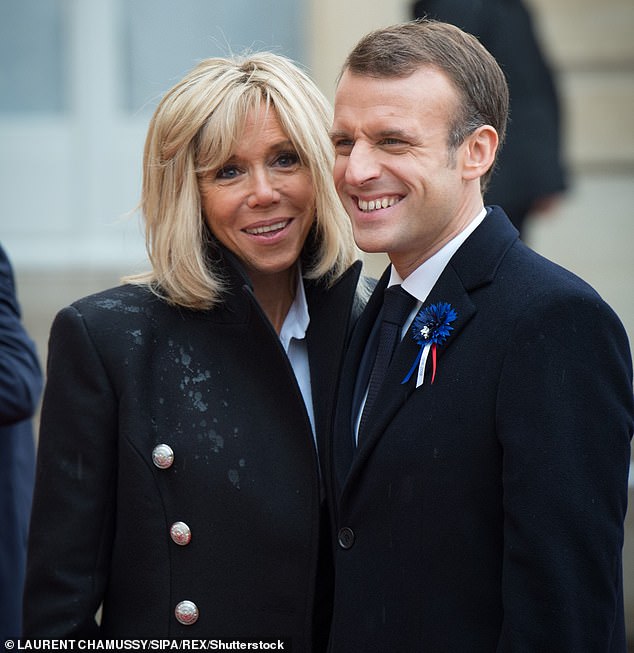 The authors, respected political journalists Ava Djamshidi and Nathalie Schuck, paint Mrs Macron as a manipulative woman who pushed her younger husband into being President

‘They dream that she dies,’ a source who is close to the couple tells the authors, saying Mr Macron would be more successful alone.

‘For them, this grieving widower would be wonderful. They are in love with him. At night, they dream of making her disappear.’

The book is by respected political journalists Ava Djamshidi and Nathalie Schuck, who work for the Parisien newspaper.

They call Mr Macron’s young lieutenants the ‘Mormons’, after the American religious group, and refer to two of them by name.

Ismael Emelien, 31, and the co-founder of En Marche! (On the Move!) – the movement that swept Mr Macron to power in 2017 – is one, while another is campaign director Stephane Sejourne, 33.

Ms Macron was a married mother-of-three when she fell in love with the young Emmanuel Macron, who was then her teenage pupil in the school in Amiens, northern France, where she was a drama teacher.

She later divorced so that they could marry, but has worried about the age gap ever since, according to the book. 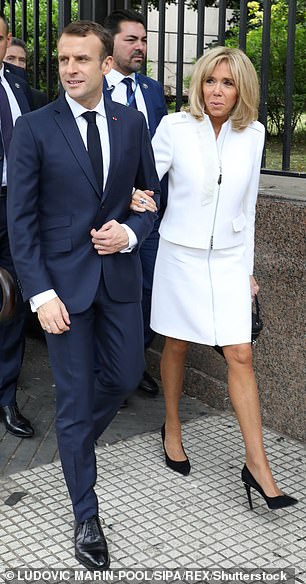 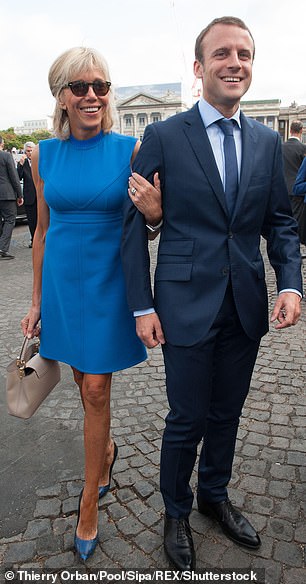 While aides want the couple to split, government ministers say Mr Macron is devoted to his wife and completely reliant on her, saying: ‘She is him, and he is her’

When she was told that Mr Macron’s hair was going prematurely grey, Ms Macron told a friend: ‘Oh, you know, I see it as an advantage that he’s ageing faster than expected. He is catching me up!’

‘He touches her fingers all the time,’ said Mr Collomb. ‘He needs to make sure she is there. I have seen few couples like that..’

Muriel Penicaud, the Employment Minister, adds: ‘She carries the dignity of a senior woman. She is him, and he is her.’

And Philippe de Villiers, another senior politician, describes Ms Macron as ‘very young in spirit, more than her husband’, adding: ‘She is the woman who breathes in the ear of the artist’.

The book’s authors said ‘it took guts and humour’ for Ms Macron to stand by the president, and that she had been ‘mocked, insulted and gossiped about’ after being found ‘guilty of loving and marrying a man 24 years younger.’

‘Madam President’, which is published by Plon, comes out at a particularly difficult time for Mr Macron, who is fiercely opposed to Britain leaving the EU.

He is also struggling with the Yellow Vest protest campaign as critics suggest he is arrogant and out of touch.