The climb-down was set to be announced by the head of state’s prime minister, Edouard Philippe, following emergency talks at the Elysee Palace. 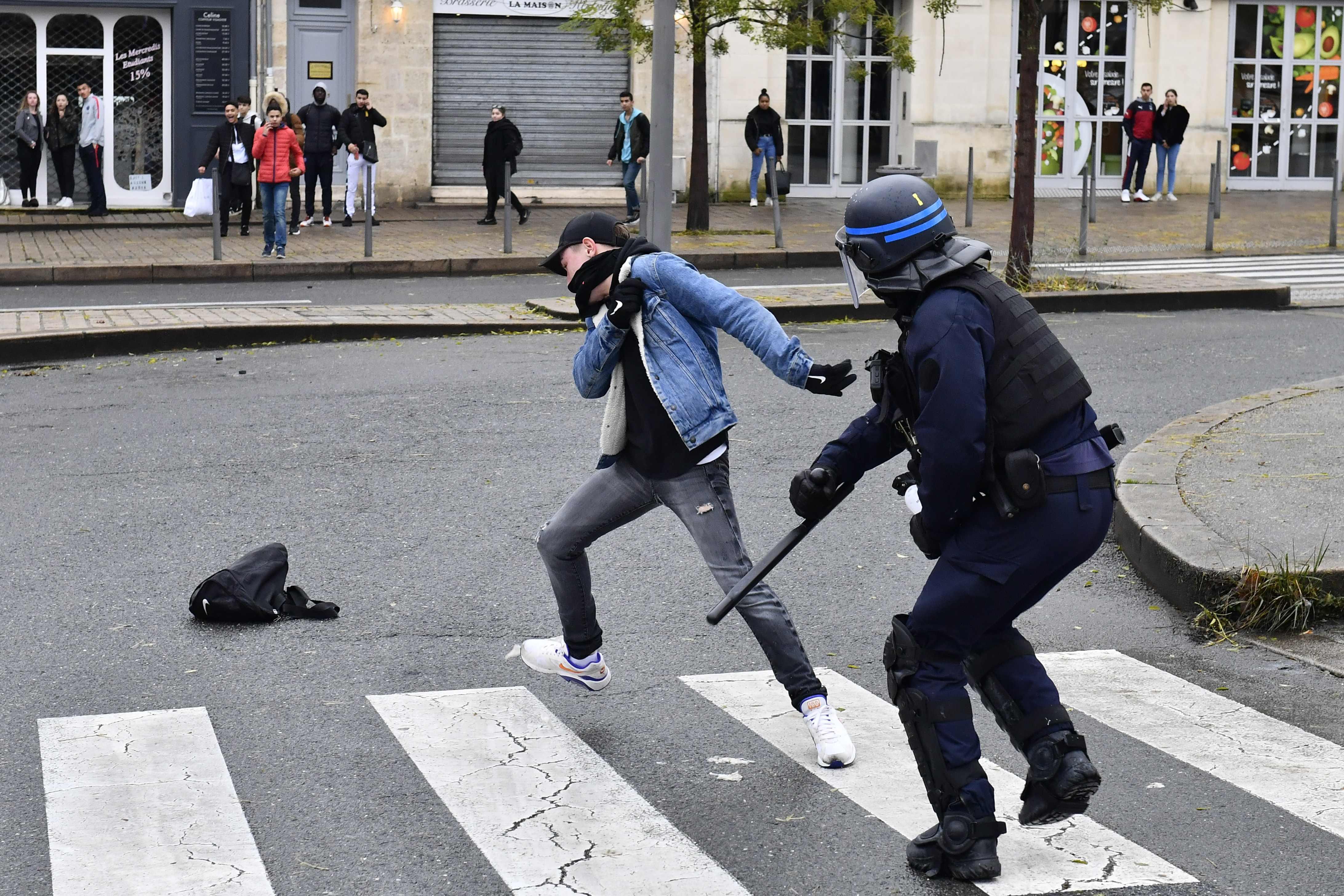 “It will mean that none of the fuel surcharges set for the new year will take effect,” said the source.

They added: “Mr Philippe will announce the decision to MPs on Tuesday morning.”

But Yellow Vest fuel protesters who have reduced Paris and other cities to warzones over the past two weekends said their protests would continue as they campaign for more tax reductions.

“It’s a first step, but we don’t want crumbs,” said Benjamin Cauchy, a spokesman for the movement, which takes its name from the high visibility yellow jackets that all motorists are expected to own in France.

“Demonstrations will continue as we fight for further demands,’ said Mr Cauchy.

He added that he had received “30 death threats” after pleading for his movement to halt its campaign of violence.

There were more than 400 arrests in Paris at the weekend, as thousands fought running battles with riot police. 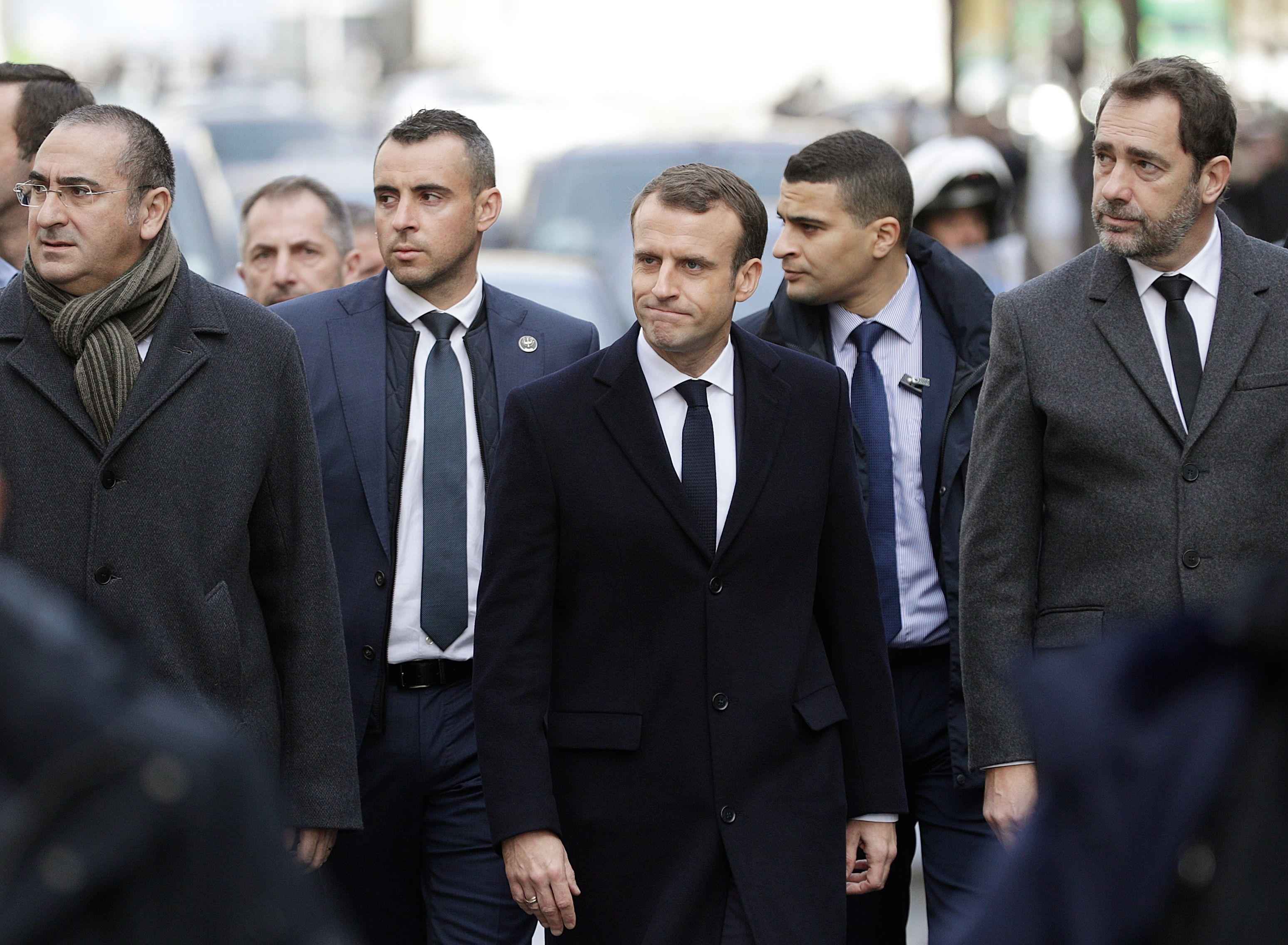 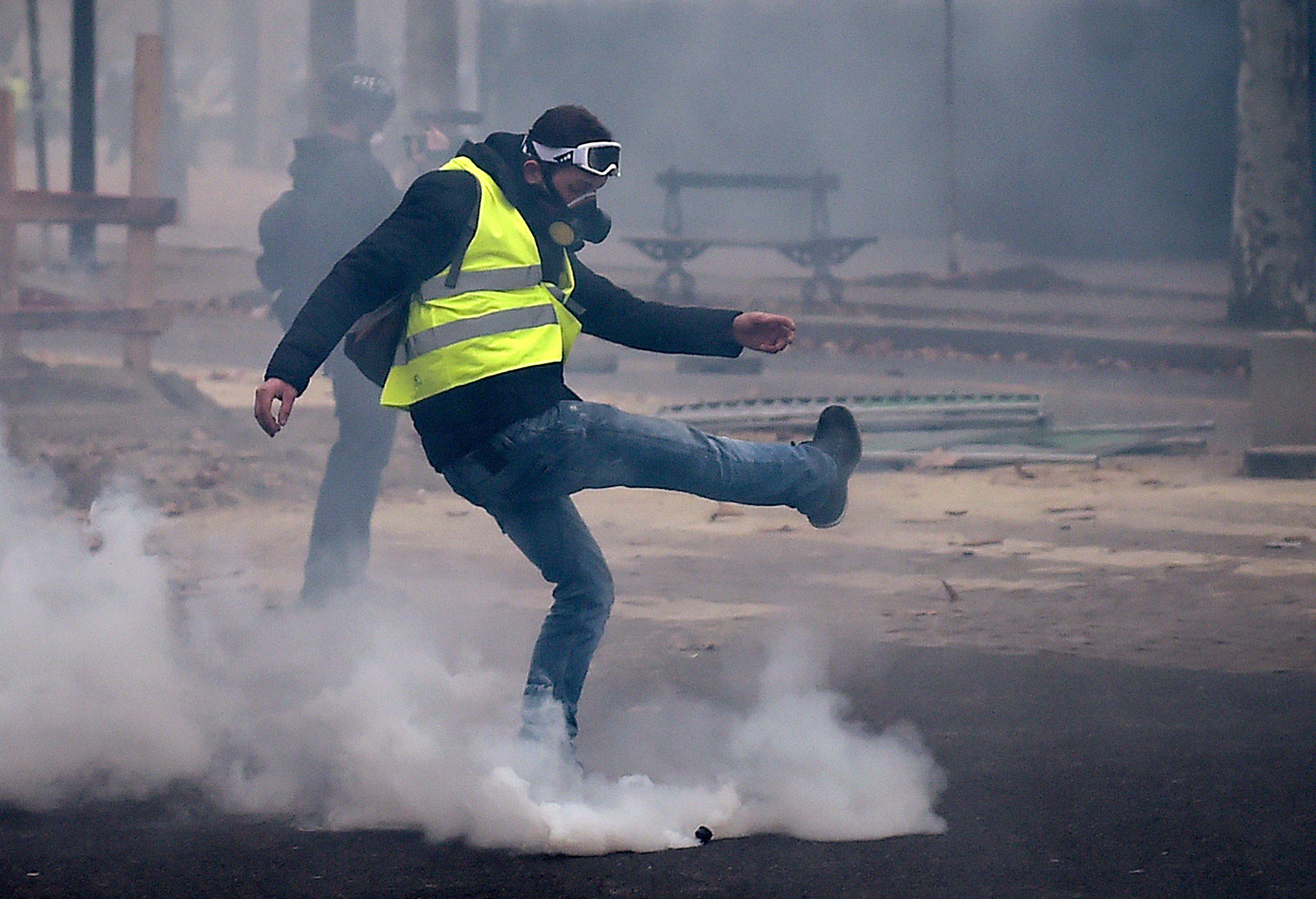 Previously, Macron had insisted that fuel prices had to rise in line with green initiatives made necessary by the Paris Climate Change agreement.

But following two weekends of violence, French police admitted they "can't cope" and called on the government to send in the Army ahead of a third weekend of riots.

Paris saw the worst of the unrest which has been compared to the infamous protests in May 1968 – when a workers' strike paralysed the country for seven weeks and turned the capital into a warzone.

In the second week of violence, the anti-government rioters, who threw hammers and steel bolts at officers, said their movement was "the start of a revolution". 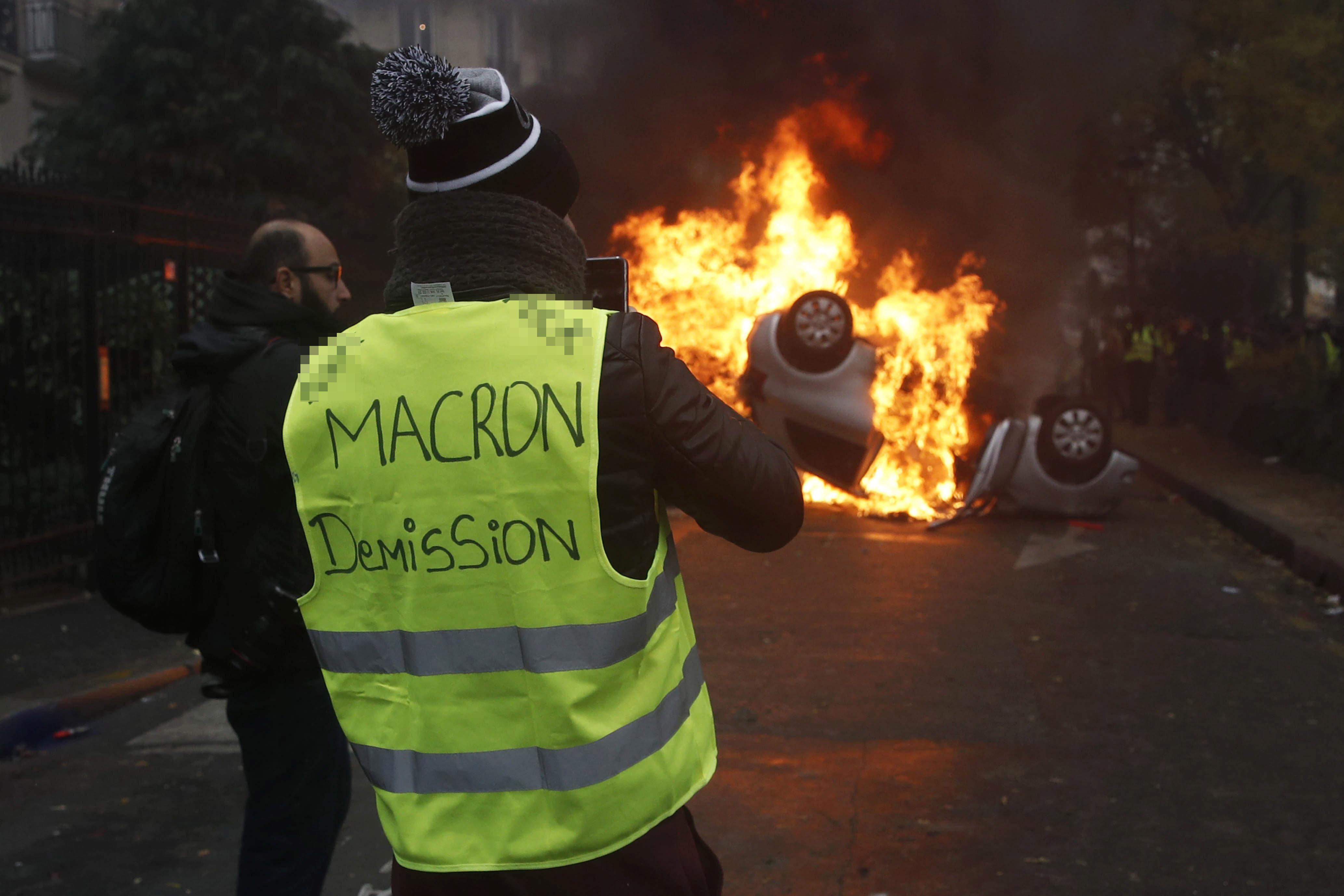 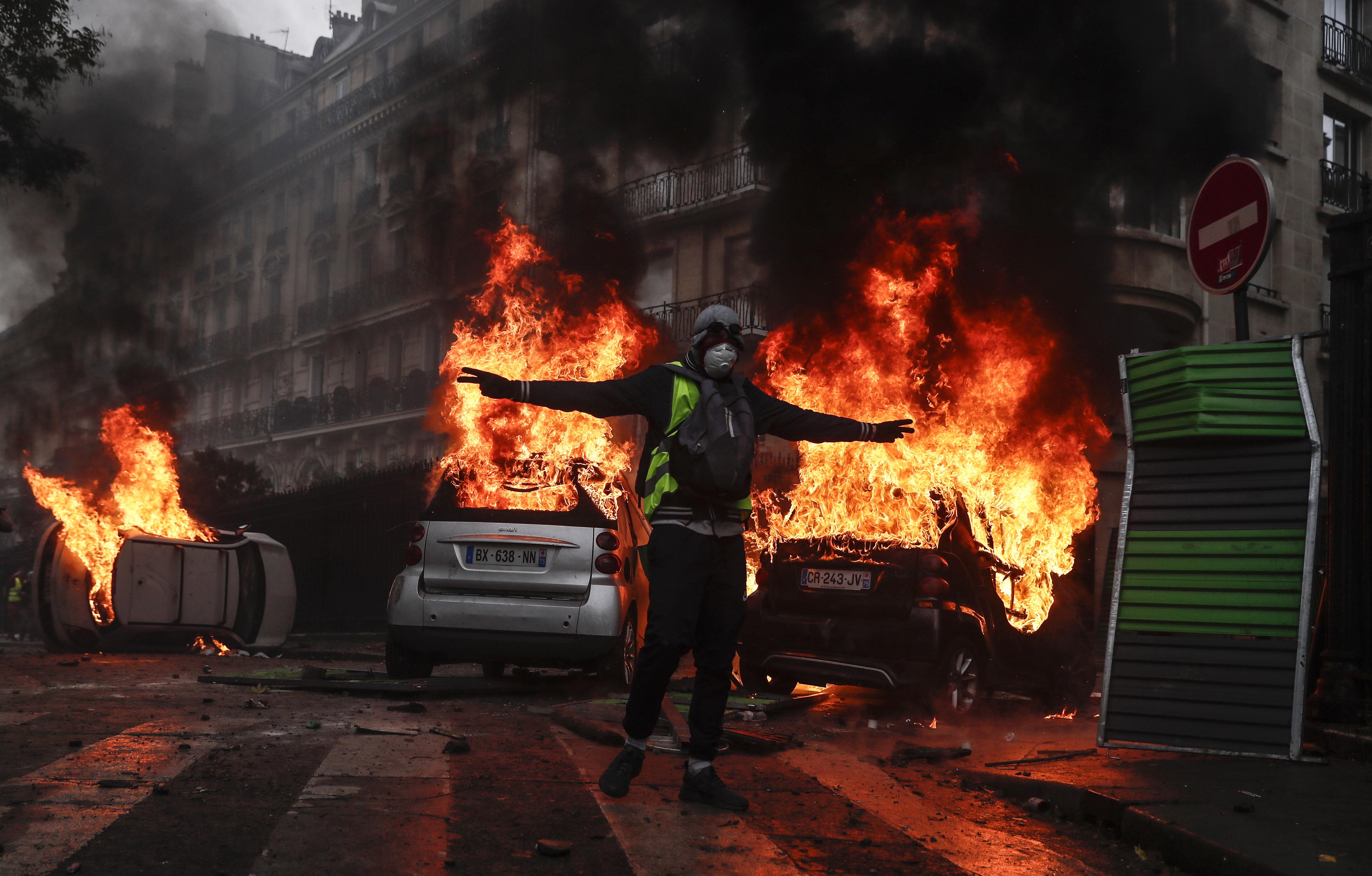 Yves Lefebvre, a member of the Unité SGP police union, told France Info radio that security forces at the weekend were exhausted by the carnage.

He said: "The (officers) don’t want to remain as the last rampart against insurrection. We can’t take it – I call on the president to face up to his responsibilities."

But despite the reported government u-turn, the carnage could continue regardless.

Extremist brochures obtained by The Times shows that ultra-right wing groups are seeking to turn the unrest into a full-blown revolution. 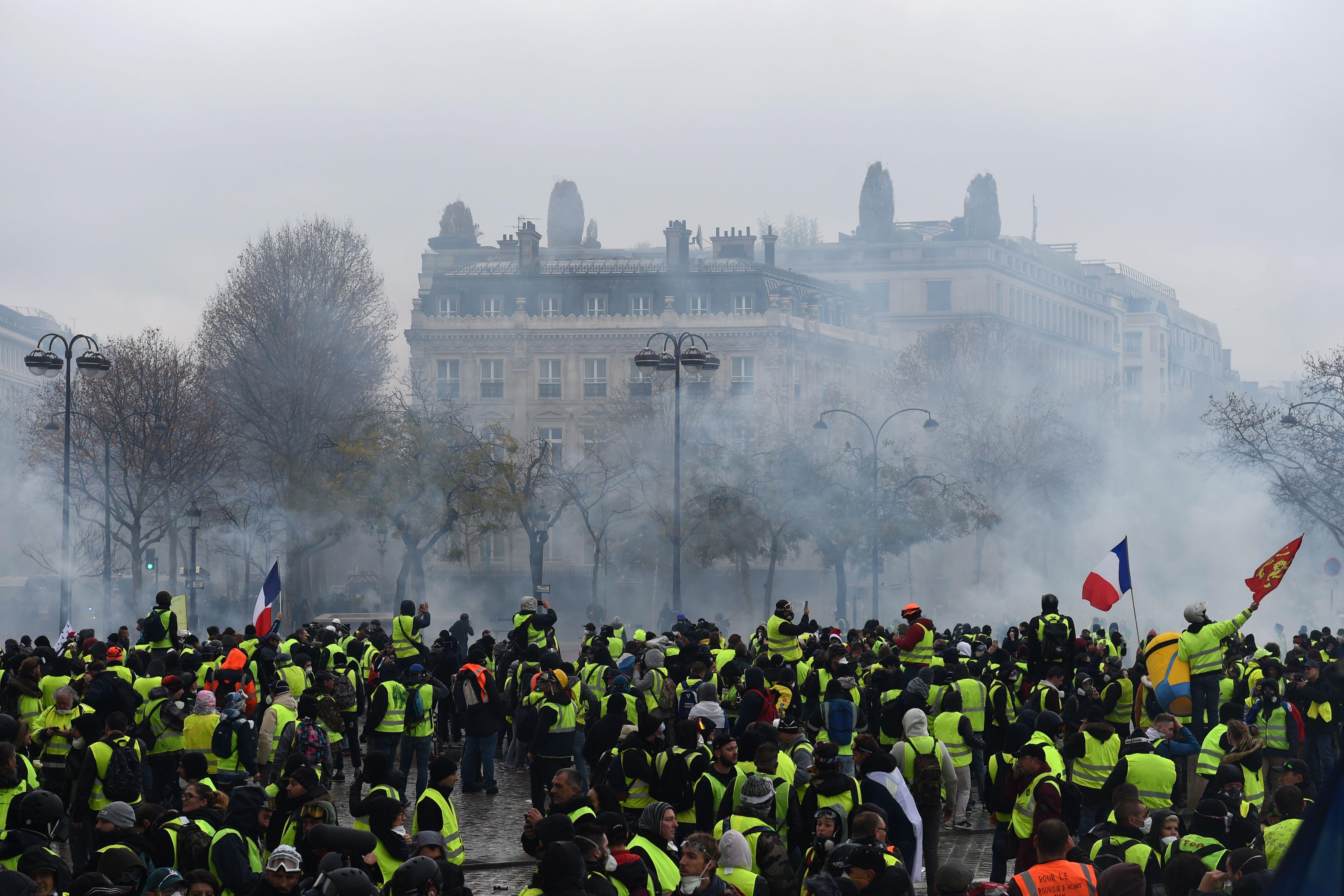 The estimated 300 ultra-right militants who took part in Saturday’s violent demonstrations in Paris were reportedly well-organised and mostly avoided arrest.

The “yellow vest” movement, named after the high-visibility jackets of lorry drivers,said that they would return to the capital next weekend.

And there have been calls online to block roads and oil refineries around the country while other demonstrators plan to march on the Élysée Palace.