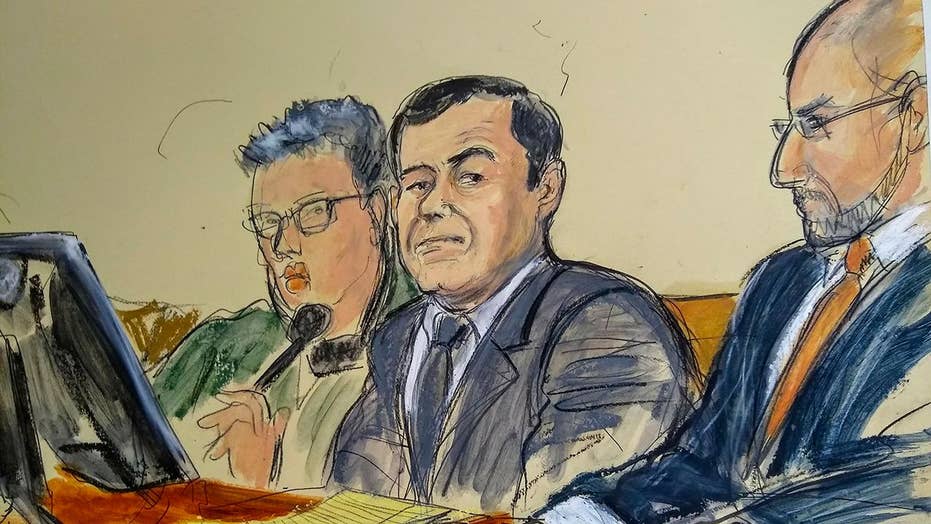 The defense claimed the only real leader of the Sinaloa cartel is Ismael "El Mayo" Zambada, who is still on the loose.

"You don't have to give in to the myth of El Chapo," said defense attorney Jeffrey Lichtman, asking the jury to find Guzman not guilty.

Lichtman tried to humanize the defendant for the jurors. He told them "he's a human being too” and then went behind Guzman and put his left hand on his left shoulder, rubbing it as he said that "he can't hug his daughters." Guzman remained serious and seemed surprised as he was staring at the jurors.

The defense also tried to discredit the main cooperating witnesses in this case, suggesting they're trying to get away with their own crimes.

The lawyer referenced and ridiculed Alex Cifuentes, who had testified that they had T-shirts and caps with ‘Sinaloa Cartel’ on them. The lawyer asked how jurors could believe someone with so preposterous a story. The jurors laughed and Guzman chortled, too. His wife was also laughing.

Though the jury seemed at times entertained by Lichtman’s show, how much it swayed the members is an open question. Guzman looked happy with his attorney giving him a huge smile and big hug.

Then came rebuttal. Assistant U.S. Attorney Amanda Liskamm told the jurors that Guzman was the one picking the friends who came to testify against him, and not the government. "You know a man by the company he keeps," she inferred while pointing at the defendant.