Egypt will hold presidential elections in March, with a possible runoff in April. 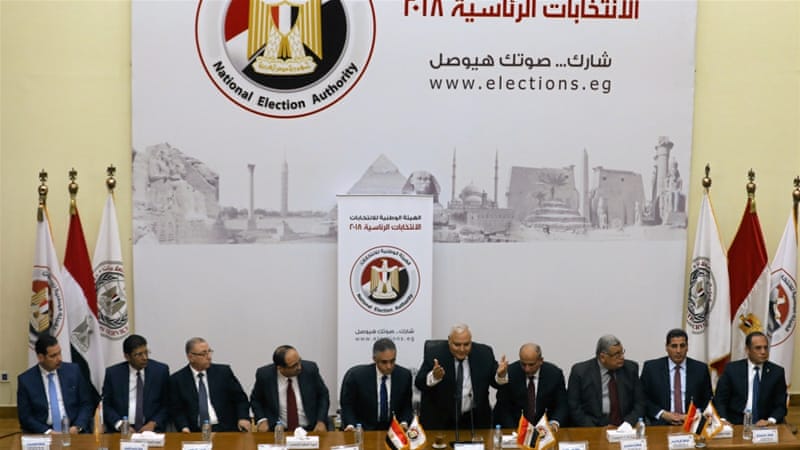 Egypt’s presidential election will take place on March 26-28, with a runoff to be held from April 24-26 if needed.

At a news conference in Cairo on Monday, Egypt’s national election commission said the results would be announced on April 2 – or, in the event of a runoff if no candidate secures more than 50 percent of the vote – on May 1.

So far, two candidates have stated their intentions to run: Khaled Ali, a human rights lawyer and opposition leader, and Essam Heggy, an Egyptian space scientist who served as the country’s adviser for scientific affairs from 2013 to 2014.

Current President Abdel Fattah el-Sisi has not yet confirmed whether he will run for a second and final term – in accordance with the country’s constitution – but he is widely expected to.

In an interview with CNBC in November, Sisi said he would only attempt to remain president if the Egyptian people wanted him to.

“It doesn’t suit me as a president to stay one more day against the will of the Egyptians,” he said.

As Egypt’s army chief, Sisi became president in 2013 after removing the Muslim Brotherhood’s Mohamed Morsi in a coup. He went on to win by a landslide in the 2014 presidential elections.

Under Sisi, human rights in Egypt have deteriorated, with organisations reporting at least 60,000 people have been imprisoned since the general came to power.

There have also been reports of forced disappearances and a clampdown on press freedom.

On Sunday, former Egyptian Prime Minister Ahmed Shafik pulled out of the presidential race, saying after a long absence from the country he was no longer best-equipped to lead.

“I saw that I will not be the ideal person to lead the state during the coming period,” Shafik said in a statement on Twitter.

Shafik had previously shared his plan to run in an exclusive video message to Al Jazeera and was seen as a potential challenger to Sisi.

The New York Times quoted one of Shafik’s lawyers, who asked not to be named, as saying Shafik had been forced to withdraw by the government, which threatened to investigate previous charges of corruption against him.

A former air force commander, Shafik served as prime minister for one month during the 2011 Arab Spring.

He was narrowly defeated in the 2012 presidential elections by Morsi, who subsequently issued a warrant for Shafik’s arrest.

Shafik fled to the UAE and was tried in absentia and found guilty of corruption charges. However, he was later acquitted.

After returning to Egypt, following deportation from the UAE, Shafik’s family voiced concerns he had been kidnapped by Egyptian authorities.

Shafik subsequently appeared on television to deny this.

Another potential candidate, Colonel Ahmed Konsowa, was arrested in December after announcing plans to run.

Konsowa was sentenced to six years in prison for “stating political opinions contrary to the requirements of military order”, his lawyer told AFP news agency.