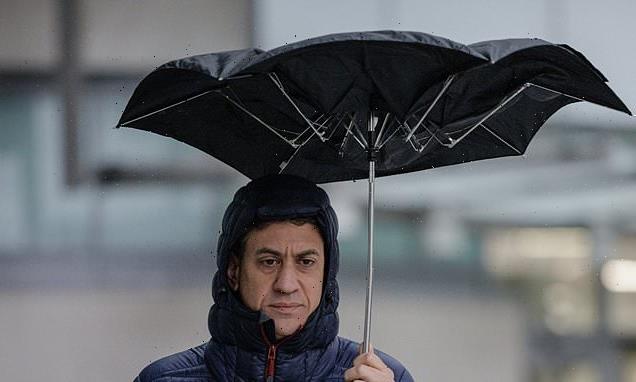 We must pay climate change damages: Ed Miliband calls for taxpayers’ cash to be funnelled abroad because of our ‘historical responsibility’ to countries hit by extreme weather events

Ed Miliband sparked outrage yesterday by calling on the UK to acknowledge its ‘historical responsibility’ and send cash to countries hit by climate change.

The former Labour leader said it was ‘morally right’ to help places such as the Maldives and Pakistan cope with flood damage and rising sea levels.

His comments were condemned last night by Tory MPs. ‘Labour have let the cat out of the bag here as to their plans to give untold billions to countries on the premise that there is climate damage being done,’ said Craig Mackinlay, founder of the Net Zero Scrutiny Group.

‘How on earth we could be held responsible for our past, which actually gave more technological advances to the world than any other country, I find somewhat laughable.’

The row came as Rishi Sunak flew to the Cop27 conference in Egypt, where Britain is set to face demands for ‘environmental reparations’. 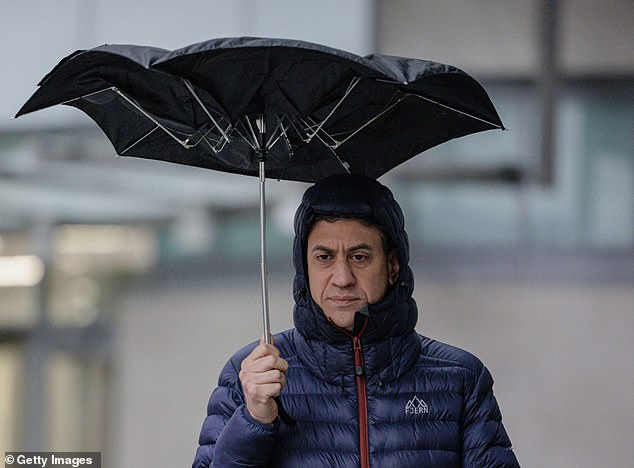 Mr Miliband was blamed for adding hundreds of pounds to energy bills through the green levies he imposed when energy secretary in 2008. He is pictured above in 2014

Developing countries and China asked for a financial package at last year’s Cop26 event in Glasgow but were rebuffed. Any repeat would be resisted by the Government which has said it will stop giving China aid, having handed over £64million in 2020.

Some MPs have questioned why the UK gives so much money to a country that has a space programme and nuclear weapons.

The nations most likely to receive climate reparations are low-lying islands threatened by rising seas and extreme weather, such as the Maldives and those in the Pacific.

Mr Miliband, who is his party’s climate spokesman, was being quizzed on how Labour would help developing countries.

He told the BBC’s Laura Kuenssberg: ‘I don’t see it as about reparation … this is about the issue of so-called loss and damage, this is the fact that poorer countries are facing massive effects of climate change.

‘The terminology matters because lots of people are allergic to the term reparations.’

Asked by the BBC if Labour would ‘transfer large amounts of cash to the developing world’ including China, he insisted: ‘It’s not about China. China isn’t necessarily asking for money. This is about poorer countries that are on the front line of the climate crisis; Pakistan had these disastrous floods recently, 30 per cent of the country under water, so this is about global solidarity. 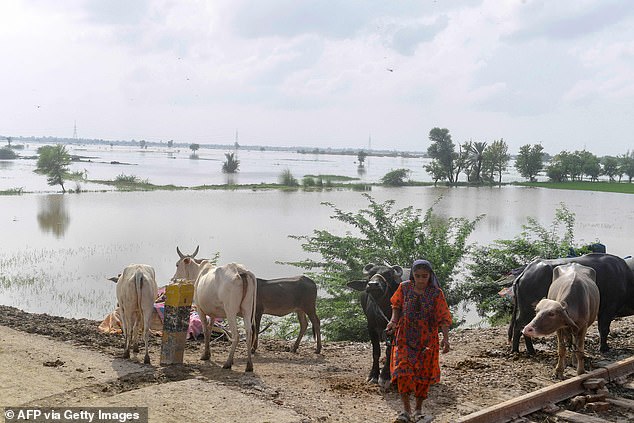 ‘Yes we have some historical responsibility, but this is about global solidarity and it’s absolutely part of our aid commitment. We don’t think the Government was right to cut the 0.7 per cent aid commitment.’

Pressed on whether or not Labour would give that money, he replied: ‘Absolutely it’s about supporting poorer countries, completely right, and let me just say it’s morally right, but it’s also in our self-interest too.

‘Because if we don’t act and if we don’t help countries around the world, we’re going to end up with the problems that countries face in terms of refugees for example coming back on to us. This is about countries like the Maldives, like Pakistan and others.’

Last night Labour insisted Mr Miliband had been talking about overseas aid spending and said the party did not have a policy on reparations payments. A spokesman said: ‘Like the UK Government, we support the addition of loss and damage to the agenda for Cop27 for world leaders to discuss.

‘Labour would return UK development spending to 0.7 per cent of GDP to ensure that we can strengthen our energy security here at home by bolstering energy security abroad.’

But Tory backbencher Chris Green said: ‘Awful that Labour want British taxpayers to start paying reparations to China and so many other countries around the world. What crimes do they think British people are guilty of – heating their homes?’

Former Downing Street chief of staff Nick Timothy said: ‘You can always trust Labour to put the interests of others before our own.

‘We’re facing a painful fiscal squeeze and these guys want to talk about giving away billions to other countries as compensation for our early industrial development.’

The contentious topic looks set to dominate the Cop27 summit, which will be addressed by Mr Sunak today.

‘Funding arrangements responding to loss and damage associated with the adverse effects of climate change’ have been added to the formal agenda of the UN conference.

The Government has backed discussions on loss and damage but not committed to direct payments.

Last week Foreign Office minister Anne-Marie Trevelyan told the Commons: ‘Loss and damage has been, and continues to be, a priority for the UK Cop26 presidency.’

Only two countries have offered funding for loss and damage to developing countries: Denmark with £11.7million and Scotland £2million.

Boris Johnson will speak at a fringe event at Cop27, urging delegates to fight against ‘corrosive cynicism’ on net zero. He is expected to say: ‘We must end the defeatism that has crept in since last year, we must end Putin’s energy blackmail, we must keep up our campaign to end global dependence on hydrocarbons.

‘And if we retain the spirit of creative and promethean optimism that we saw at Paris and Glasgow, then we can keep 1.5 alive.’ A Government spokesman said: ‘The UK is a world leader in driving international action to tackle climate change, support those countries most at risk from the threat it poses and step up progress on climate adaptation.

Mr Miliband was blamed for adding hundreds of pounds to energy bills through the green levies he imposed when energy secretary in 2008.