ISTANBUL (Reuters) – The spiritual leader of Orthodox Christians worldwide on Sunday presented the head of the Ukrainian church with a decree granting it independence from Moscow, a historic split strongly opposed by Russia. 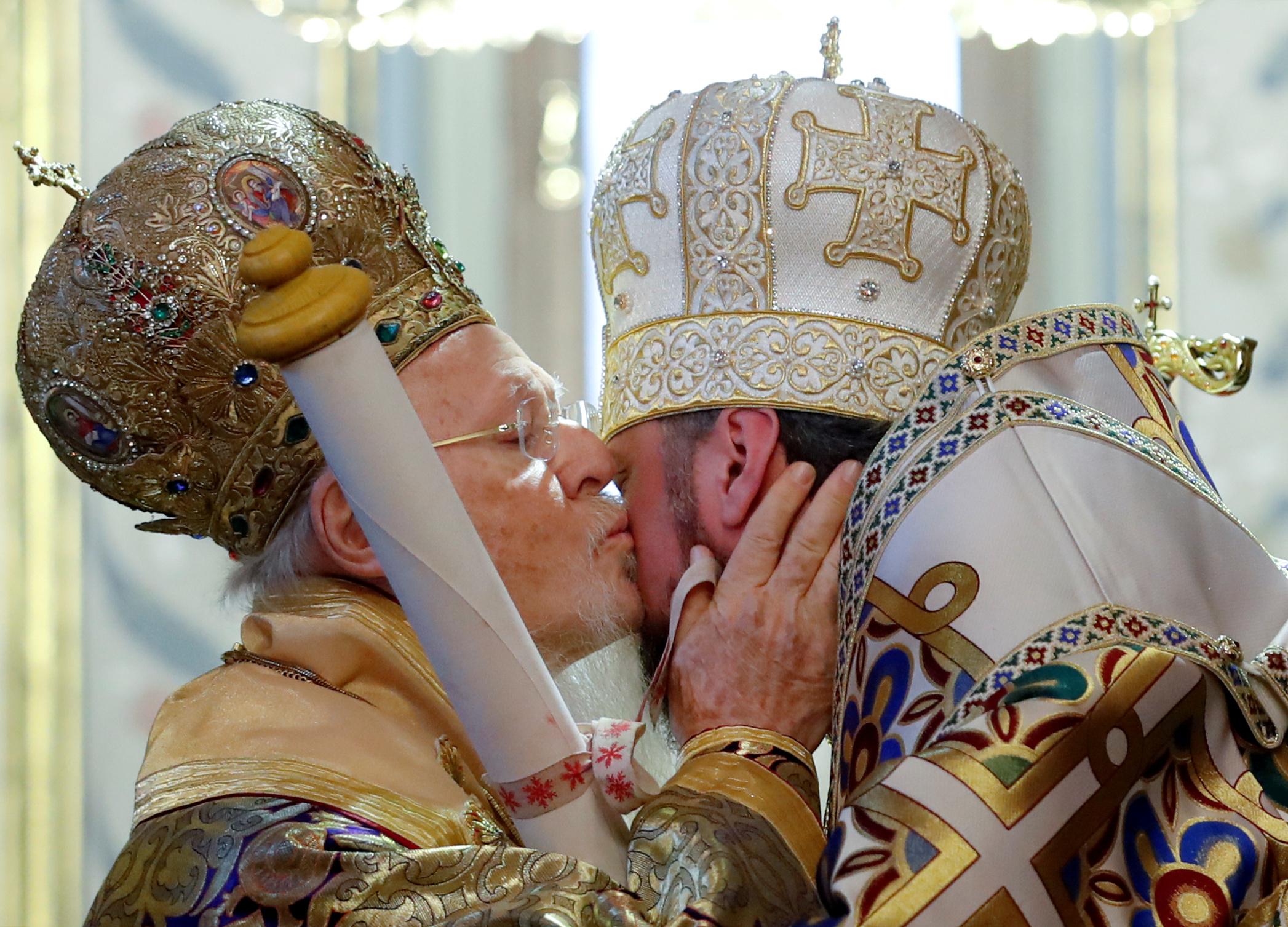 Ukraine sees the break as vital to its security and independence, but it is bound to aggravate the wider conflict between the two countries.

Ecumenical Patriarch Bartholomew, who signed the autocephaly decree on Saturday, handed the document to Ukrainian Metropolitan Epifaniy at St George’s Cathedral in Istanbul after a mass to mark the feast of Epiphany.

“Unity has been restored. Now we are united,” Epifaniy told the congregation, standing with Bartholomew at the front of the crowded church, both wearing ceremonial robes and holding staffs.

The 39-year-old Epifaniy was chosen to head the new church last month.

Ukrainian President Petro Poroshenko, who also attended the event, compared the development to Ukraine’s referendum for independence from the Soviet Union in 1991.

Russia bitterly opposes the split, comparing it to the Great Schism of 1054 that divided western and eastern Christianity. President Vladimir Putin has warned of possible bloodshed.

“We ask you, mother church and all churches to pray for peace in Ukraine,” Epifaniy said, adding Ukrainian people had been suffering for five years from a war “brought from outside”.

Relations between Ukraine and Russia collapsed after Moscow’s seizure of Crimea in 2014. Ukraine imposed martial law in November, citing the threat of a full-scale invasion after Russia captured three of its vessels in the Kerch Strait.

The patriarchate, the seat of the spiritual leader of some 300 million Orthodox Christians worldwide, endorsed Ukraine’s request for the new church in October.

“God has heard our prayers,” Poroshenko said in an address on Ukrainian television after the handover of the decree, or tomos. “Tomos for Ukraine is actually another act of declaring the country’s independence.”

The pro-Western Poroshenko lobbied hard for the church’s creation. He faces a tight election race in March and it may give him a boost.

He will take part in a service in Kiev on Monday at the St Sophia Cathedral, now a museum only used for major religious events. The decree will be displayed at the cathedral for the public to view from Monday, the church said.

The Ukrainian Orthodox church has been beholden to Moscow for hundreds of years, and Ukraine’s leaders see church independence as vital to tackling Russian meddling.

Kiev says Moscow-backed churches on its soil are a Kremlin tool to spread propaganda and support separatists in the eastern Donbass region in a conflict that has killed more than 10,000 people. The churches strongly deny this. 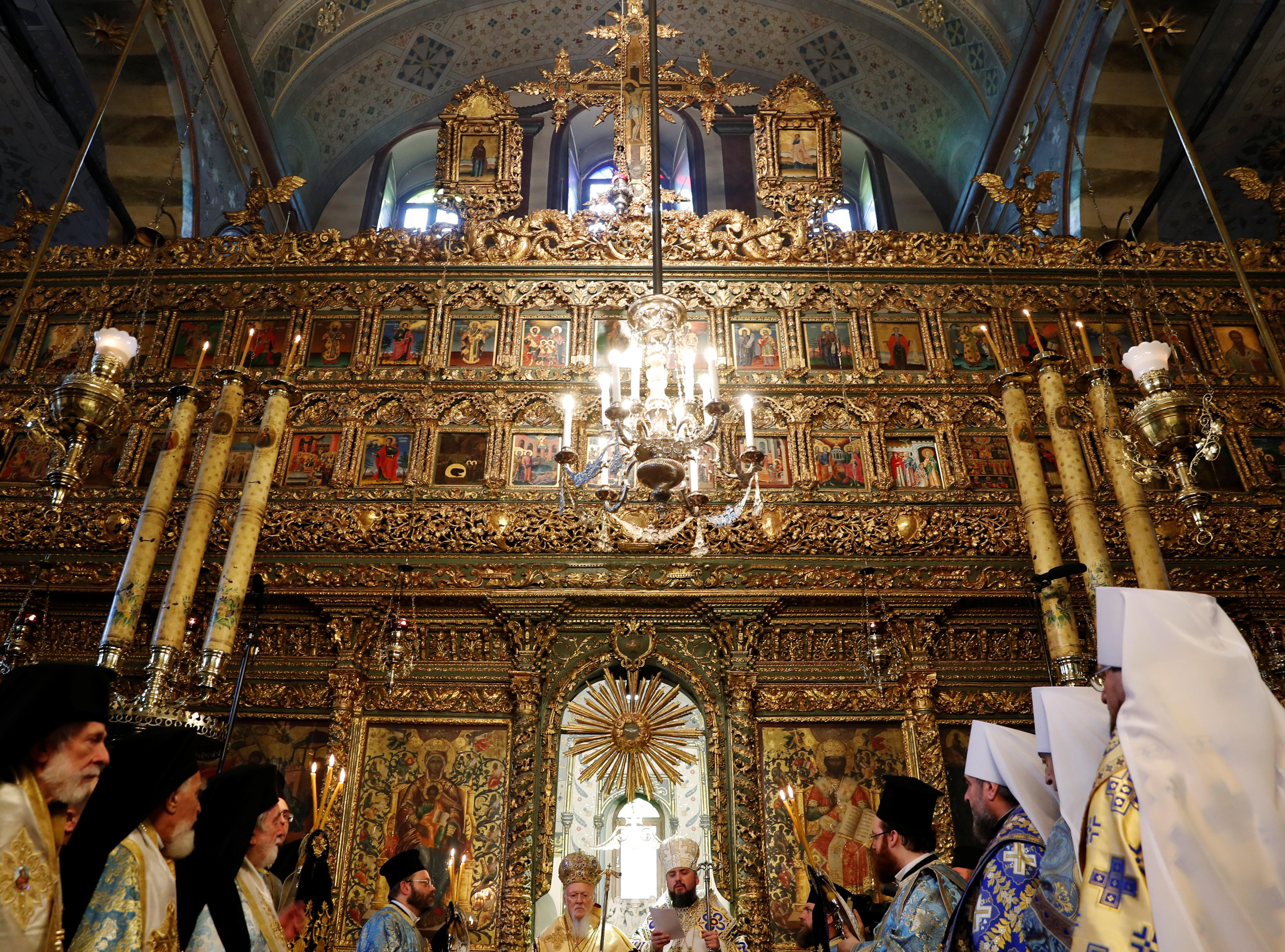 Religious divisions deepened in Ukraine after 2014 and two Orthodox factions vie for dominance.

The church known as the Moscow Patriarchate, aligned with the Russian Orthodox Church, sees itself as the only legitimate church in Ukraine. On Dec. 20, Ukrainian MPs passed a law that could force the church to add “Russian” to its name.

The rival Kiev Patriarchate was born after the collapse of the Soviet Union and its popularity has grown since 2014. It favors European integration and championed the independent church but the Moscow Patriarchate denounces it as schismatic.