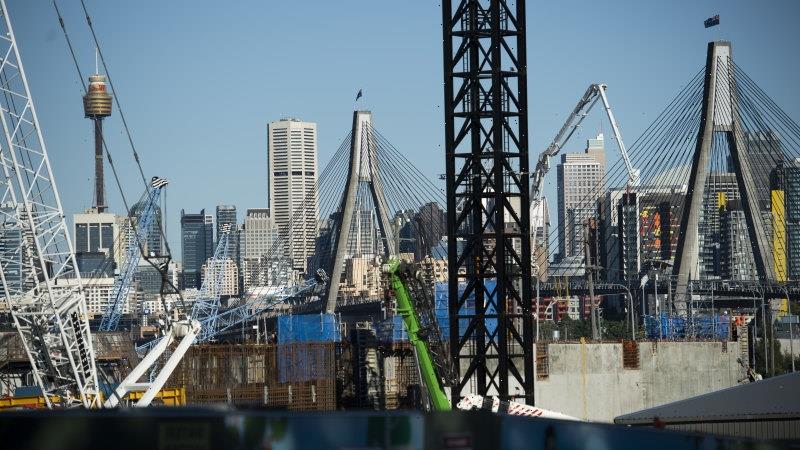 Tunnelling on early stages of the multibillion-dollar Western Harbour Tunnel has begun and excavators are now working to connect a vast spaghetti junction beneath Sydney’s inner west with the future harbour crossing.

With more than 60 per cent of tunnelling complete on the Rozelle Interchange, excavation work has begun to connect the road junction to the harbour tunnel, according to the NSW government. 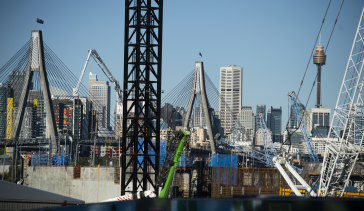 Tunnelling on the Rozelle Interchange has reached 60 per cent.Credit:Wolter Peters

A three-storey underground junction, which varies in depth between 35 and 65 metres, the Rozelle Interchange will act as a linchpin for the WestConnex, and also provide the connection to a future Western Harbour Tunnel.

The state government has also confirmed planning approval has been granted for 10 hectares of parkland above the interchange.

It will feature sporting facilities, and walking and cycling tracks that will connect to Callan Park, the Bay Run and a proposed public foreshore link at the Bays West. Mr Constance said the parkland was scheduled to be completed in 2023, along with the interchange. 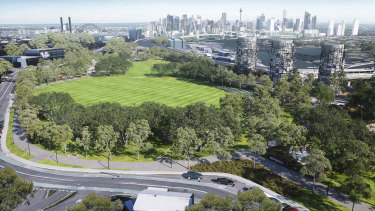 An artist’s impression of proposed parkland above the Rozelle Interchange.

Minister for Planning and Public Spaces Rob Stokes said the parklands will be a “green gem” in a network of existing and future public spaces and similar in size to Victoria Park near Sydney University.

However, some areas outside the scope of the landscape plan to develop the parkland, including parking and recreational facilities, have been referred to a working group made up of government and council representatives, as well as community members.

While a link between Anzac Bridge and Iron Cove will be toll-free, motorists will be charged $1.40 to enter the remainder of Rozelle Interchange, with a 50 cent per-kilometre distance-based toll on top of that.

The government anticipates 640,000 cubic metres of concrete and 32,000 tonnes of Australian steel will be used in construction.

More than 7.6 million work hours have gone into the construction of the interchange, according to a NSW government spokeswoman.

Planning approval for the Western Harbour Tunnel and Warringah Freeway upgrade, which is expected to be completed in 2026, was granted earlier this year, with major construction set to begin later this year.

The Western Harbour Tunnel will be built in a trench on the harbour floor, and large prefabricated concrete tubes lowered into place from barges above.