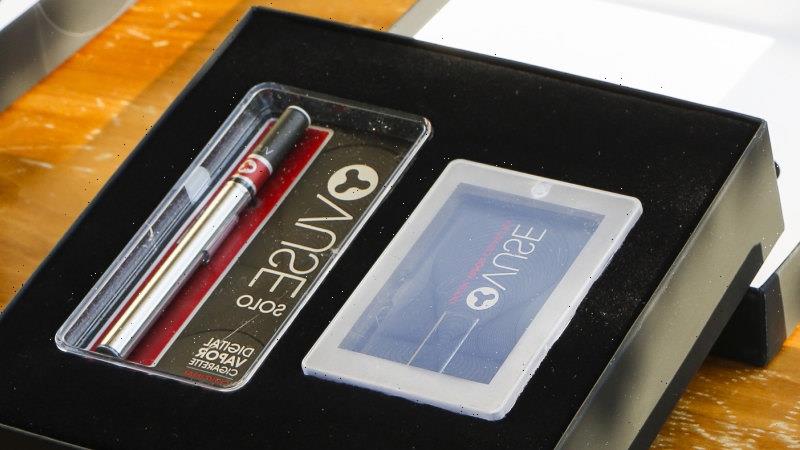 New York: The US Food and Drug Administration has authorised British American Tobacco’s e-cigarette Vuse and its tobacco-flavoured pods, the first major e-cigarette products cleared in a sweeping review of whether millions of cigarette alternatives have a public-health benefit.

Vuse is the first vape-type product from a major company to win the health regulator’s backing to continue US sales, with the agency saying it can help users reduce exposure to harmful chemicals. The FDA is working through millions of applications – including some from competitors such as Juul Labs. While the products under review have already been sold in the US, the companies need the FDA’s approval to keep marketing them. A denial by the agency would mean companies could face enforcement action if they try to continue sales. 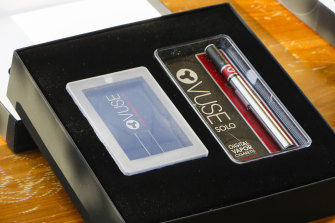 Vuse electronic cigarettes have been approved by the FDA, as a product that can potentially benefit adult smokers. Credit:AP

The agency denied BAT’s request to sell flavoured Vuse products, saying those must be removed from the market. It’s still evaluating a proposal to keep selling a menthol version.

Stakes are high for the FDA to decide on the benefit of such products given that COVID-19 has intensified concerns about lung health. A spate of lung illnesses in 2019 also scared some vape users back to smoking, increasing the pressure for an authoritative decision on whether alternative products are safer.

BAT’s American depositary receipts initially spiked before retreating to around unchanged after the announcement. Shares of Altria, which competes with BAT through its 35 per cent stake in Juul Labs, moved similarly.

“Today’s authorisations are an important step toward ensuring all new tobacco products undergo the FDA’s robust, scientific premarket evaluation,” Mitch Zeller, director of the FDA’s Centre for Tobacco Products, said in a statement. “The manufacturer’s data demonstrates its tobacco-flavoured products could benefit addicted adult smokers who switch to these products – either completely or with a significant reduction in cigarette consumption – by reducing their exposure to harmful chemicals.”

The FDA’s authorisation applied to R.J. Reynolds’s Vuse Solo device and its accompanying tobacco-flavoured e-liquid pods, allowing them to be legally sold in the US.

The FDA’s orders “confirm that Vuse Solo products are appropriate for the protection of the public health, underscoring years of scientific study and research dedicated to ensuring that adult nicotine consumers age 21+ have access to innovative and potentially less harmful alternatives to traditional tobacco,” Kaelan Hollon, a spokeswoman for R.J. Reynolds, said.

The FDA’s decisions could make or break fortunes for cigarette companies, which are increasingly diversifying into alternatives like e-cigarettes and oral nicotine pouches, and for rival upstarts that make competing next-generation nicotine products.

The stakes are also huge for public health. The long-term effects of many alternative nicotine products have yet to be fully studied. On the other hand, traditional tobacco products, which they seek to replace, kill an estimated 8 million people around the world every year, and more than 1.3 billion people still use them, mostly in the form of cigarettes, according to the World Health Organisation.

Advocates of e-cigarettes have said that if an internationally recognised agency like the FDA authorises them, it could speed up a global shift away from smoking. On the other hand, public health advocates say the cigarette alternatives are addicting younger people to nicotine in different form, and potentially dosing them with other little-known compounds, leading to a new cycle of harm.

The FDA has said teen use has been a top concern. In its statement on Tuesday (US time), the agency said that it took note of a recent survey that showed about 10 per cent of high-school students who use e-cigarettes said their brand was Vuse. At the same time, the FDA said, the data showed most of them had started with “flavours such as fruit, candy or mint, and not tobacco flavours,” and that this information in particular reinforced its decision to approve only the tobacco-flavoured products.

“It’s a complex landscape,” Ben Haas, a partner at Latham & Watkins LLP, said in an interview before the announcement. Haas said the FDA could be sued by tobacco companies if it doesn’t approve their products – or sued by public health groups if it does.

The agency has already authorised a handful of products under its so-called PMTA process, or premarket tobacco product application: IQOS, a heat-not-burn device made by Philip Morris and marketed in the US by Altria; an oral tobacco from Swedish Match; and low-nicotine cigarettes from 22nd Century Group. All of them took two to three years and included multiple rounds of back-and-forth with the companies.

The FDA’s decisions may alter the playing field by wiping out competing products. Companies with the most at stake include Altria, the maker of US Marlboros, which has 35 applications for various flavours and nicotine strengths of On!, an oral tobacco product in which it has an 80 per cent stake.

Juul has an application for its vape device, which covers menthol and tobacco-flavoured versions in both 3 per cent and 5 per cent concentrations of nicotine. Its outcome will be closely watched considering Altria has already taken huge writedowns on its Juul investment and forsaken its own vape products to focus on Juul’s.

BAT had a total of seven applications, including some for Velo, an oral tobacco product.

The lack of a decision on Vuse’s menthol products will leave companies and investors guessing how the FDA will act on menthol in cigarette alternatives, after the agency said earlier this year that it plans to ban it in cigarettes because it heightens addiction.

“While the FDA has issued strict marketing restrictions in an effort to prevent youth exposure, the manufacturer of these authorised products, R.J. Reynolds, has an established track record of circumventing regulation to addict generation after generation of new customers,” she said. “Continued post-market surveillance will be imperative to ensure the company complies with the regulation.”