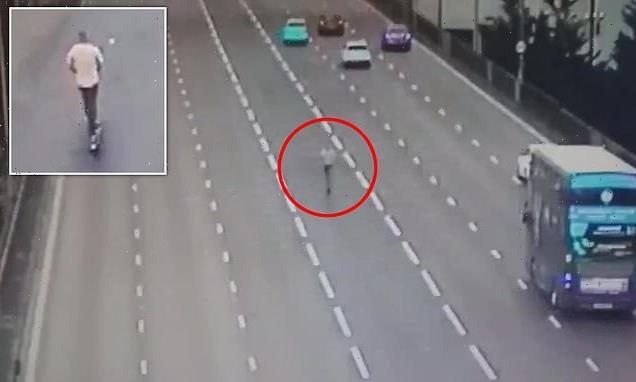 A video captured the moment a drunken e-scooter rider was stopped by police while using the motorway to get home after a night out in Birmingham.

Officers were alerted after the male was spotted on the busy Aston Expressway A38M heading northbound, away from the city centre, with police releasing footage of the incident as a warning to others.

At one stage in the video, released on Friday by the Central Motorway Police Group (CMPG), the individual also appears to start walking the scooter along the middle of the seven-lane carriageway as cars zoom past at up to 50mph. 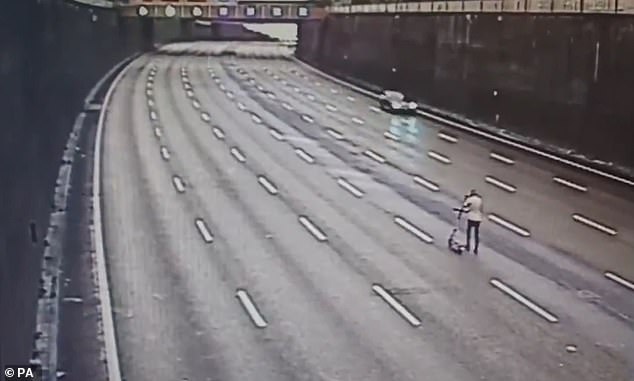 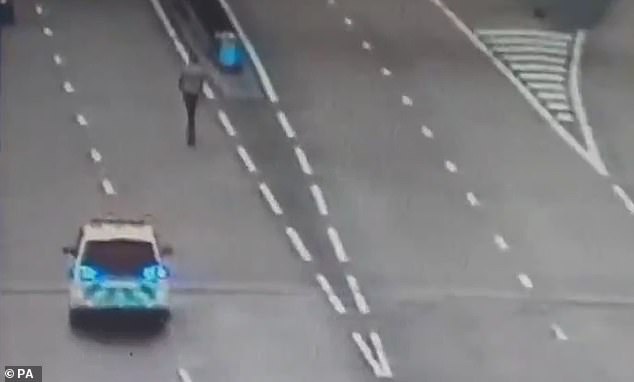 At another point, the rider can be seen heading along the middle lane as a double-decker bus passes just a few feet away in the opposite direction.

In a statement on Twitter, the CMPG said: ‘We are huge advocates of modal shift (away from cars) and active travel here at CMPG.

‘But scooters and the like should never be on the network.

‘This intoxicated male on the A38M on Sunday morning was stopped and reported after he found a novel but very dangerous way to get home after a night in Brum.’

In June, West Yorkshire Police released video footage of a male on a private e-scooter attempting to join the M606 motorway in Bradford at 15mph. 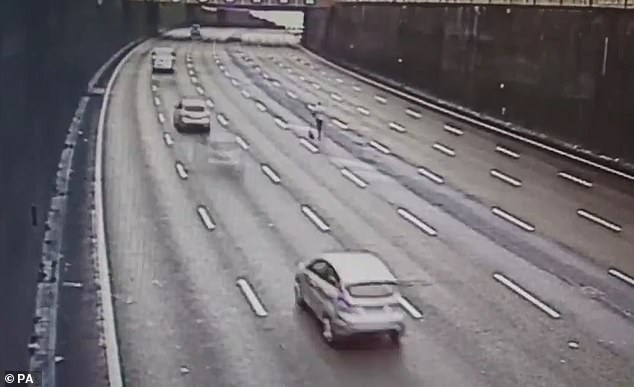 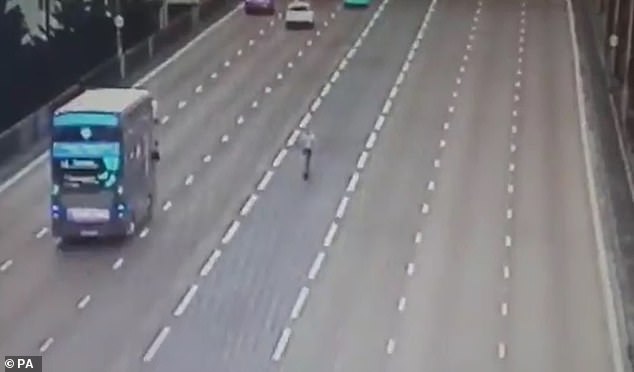 Private e-scooters can only legally be used in the UK on private land but are a common sight on roads and pavements.

West Midlands Police said earlier this year it had seized 106 e-scooters between January and June, and a further 14 more in Birmingham city centre during a one-day crackdown.

Voi e-scooters being trialled in Birmingham, Coventry and Sandwell are legal on cycleways and roads, but not motorways.