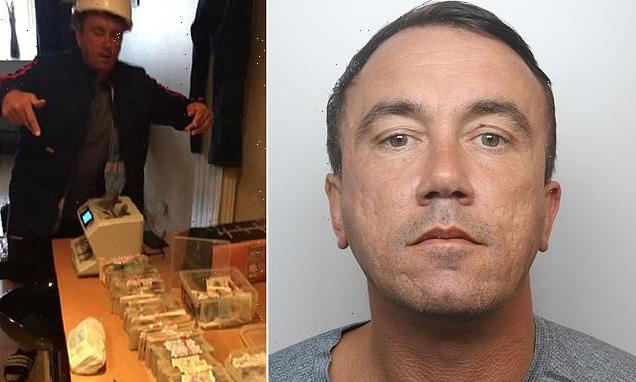 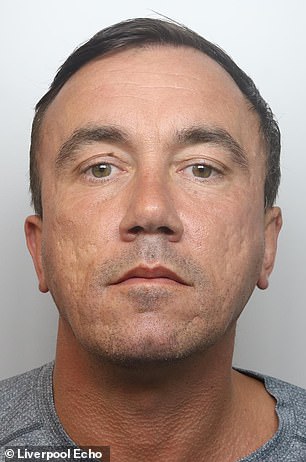 A drugs kingpin delved straight into the EncroChat underworld just months after being released early from jail.

Michael Hailwood, now aged 51, had been handed a 22-year sentence in 2010 after overseeing a £10million cocaine smuggling plot from his base in Amsterdam.

He was released at the end of 2019 – less than halfway through his sentence – and then linked up with a Merseyside operation that was running the drugs trade in Ellesmere Port and had established itself in other parts of Cheshire.

With the shadowy communications network EncroChat the main platform for criminal conversations, Hailwood, from Huyton, Merseyside, obtained a device that operated under the codename CardinalTrunk.

Messages retrieved when an international operation infiltrated EncroChat enabled Cheshire Police to unmask CardinalTrunk as Hailwood, and he was arrested in June 2020 – just months after his release – and remanded in custody, ending his short taste of freedom.

On Friday Hailwood was sentenced to 16 years at Chester Crown Court after admitting conspiracies to supply cocaine and heroin.

Judge Steven Everett told him he may never be released should he commit further serious drugs offences when his term eventually ends.

Hailwood had originally been snared after Lancashire Police’s Operation Greengage launched in November 2006, with officers watching as cocaine valued at £10million was smuggled into Britain, and following the network of couriers that would transport funds to the Netherlands to pay for it. 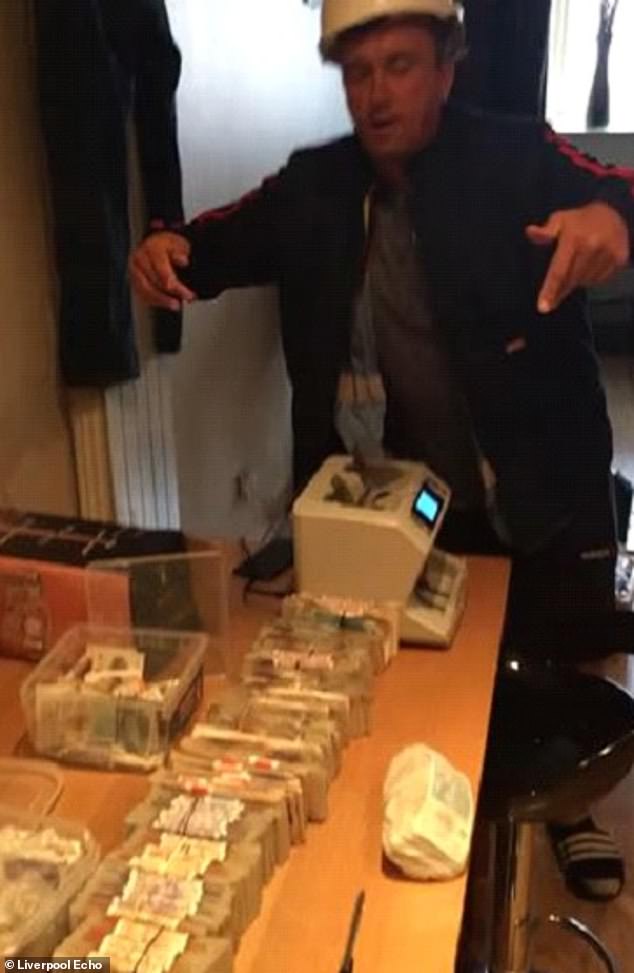 Michael Hailwood poses while using a cash counting machine.  He was released at the end of 2019 and linked up with a Merseyside operation that was running the drugs trade in Ellesmere Port and had established itself in other parts of Cheshire

Drugs would be smuggled into the UK, typically inside one of four Fiat Multiplas adapted by the gang.

Hailwood had two police investigations following his movements. As well as Greengage, he was being monitored by the Scottish Crime and Drugs Enforcement Agency (SCDEA).

Between October 2007 and December 2007, police in the Netherlands were using wiretaps to listen to his phone calls and established how the Huyton criminal and his associates loaded drug mules onto flights to a variety of UK airports.

In August 2008, after serving part of a 30-month prison sentence for drugs offences in the Netherlands, Hailwood was stopped by Dutch police driving one of the gang’s Multiplas.

The vehicle was seized and later searched by Lancashire detectives where one pellet of cocaine was found. Hailwood was arrested and charged.

He pleaded guilty to conspiracy to supply Class A drugs and was sentenced to 22 years. The wider network was jailed for a combined total of more than 300 years.

By the time Hailwood was released from jail at the end of 2019, the criminal landscape had changed.

But his contact book, which included valuable connections in South America, remained relevant and helped him convince active dealers to help him regain a foothold in a gangland system, while he could, in return, help them move up.

Hailwood had operated from Amsterdam for a drug trafficking gang rooted in the north west of England, chaperoning drug mules, often from Eastern Europe, and driving cars that had narcotics stashed in secret compartments.

Because he breached his licence by engaging in more crime, the 20 months he served before he was sentenced on Friday will not be deducted from the 16 year sentence he was handed after admitting conspiracies to supply cocaine and heroin.