A Dubai court has approved the extradition to Australia of two Sydney men labelled kingpins over their role in an alleged major drug importation ring.

A court in the United Arab Emirates on Sunday ordered Benjamin Neil Pitt and Matthew Battah to be returned to Australia, pending a 30-day appeal period. 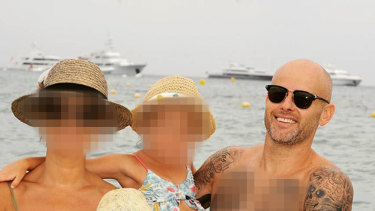 Benjamin Neil Pitt will be extradited from Dubai, pending an appeal period.Credit:Facebook

They were detained in Dubai in June and face charges relating to drug importation on their return.

The pair is believed to have fled Australia as long ago as 2015. A seven-year investigation by the organised crime squad under strike force Millstream uncovered a major criminal syndicate with links to the outlawed motorcycle group Lone Wolf.

As part of coordinated police raids, another three men were charged after raids across Sydney in June. Investigators said the operation was brought forward by three months after they learned Mr Pitt and Mr Battah had made plans to leave Dubai, which “forced their hand.”

Some of the biggest players in the syndicate are understood to be old school friends from a western Sydney high school. 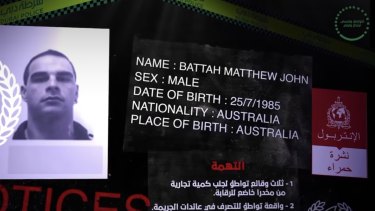 An Interpol Red Notice issued for the arrest of Matthew Battah.Credit:Dubai Police Instagram

Nearly two dozen men have been charged and some jailed for their roles in commercial importation, money laundering and running organised criminal groups over at least four importations around 2013-14, valued at $1.5 billion. Police declined to say how many of the importations they stopped.

The drugs from Germany and the Netherlands were allegedly imported to Australia concealed in shipping containers.

Investigators say the alleged syndicate operated like a pyramid scheme, of which Mr Pitt and Mr Battah were among those directing it.

The syndicate allegedly dealt with proceeds of crime worth more than $54 million, allowing them to travel the world in luxury and live a life of opulence, while they knowingly preyed on the vulnerabilities of others.

Some details of the importations have emerged in court over recent years.

Savas Guven, also known as Savas Yucel, a property developer and chief executive from Mosman, faces trial next year over allegations he was a key player involved in three of the importations. He has pleaded not guilty.

Erkan Keskin, the former head of Lone Wolf and a former Turkish soldier known as ‘Eric the Wolf’, is also named in court documents and remains of interest to investigators. He also left Australia last year.