Drug drivers on Britain’s roads are up by half, with 37 motorists testing positive for banned substances EVERY DAY

The number of drug-drivers caught on Britain’s roads has hit a record level, figures reveal today.

In a nationwide police crackdown, an average of 37 motorists a day failed tests for banned substances.

The figure represented more than half of those stopped by officers.

Alarmingly, police stopped fewer drivers in this year’s operation, but the rate at which motorists failed roadside tests for substances such as cannabis or cocaine increased. 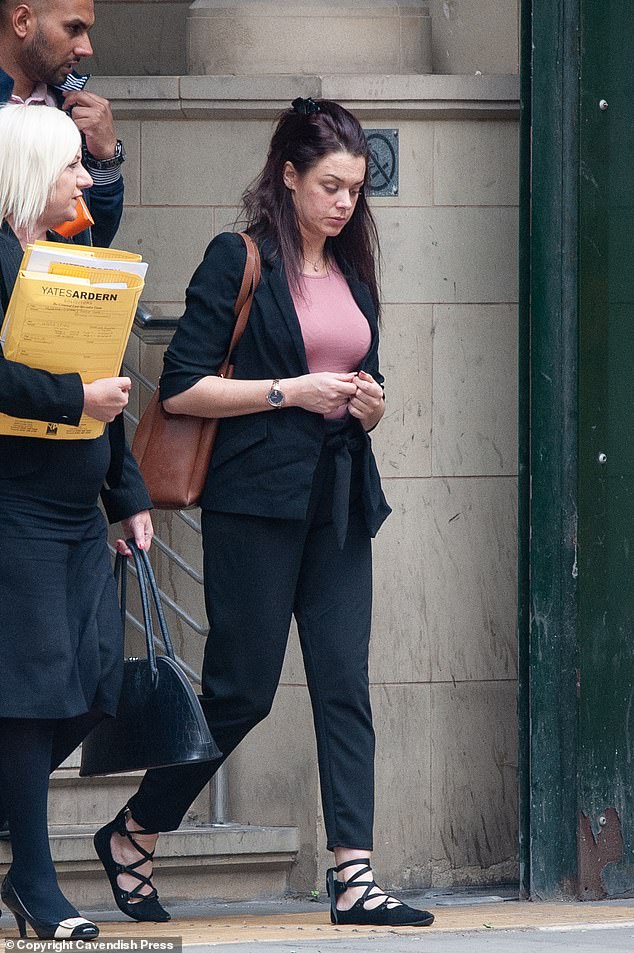 Single mother Emily Brown, 32, mowed down a cyclist with her car whilst she was more than six times the drug drive limit

Campaigners said the latest figures illustrated the scale of the problem.

The statistics are also likely to strengthen the arguments against any further moves to legalise cannabis in the UK.

A spokesman for the road safety charity Brake said: ‘These shocking figures highlight the prevalence of drug-driving on our roads and must act as a wake-up call.’

During the month-long operation by 38 police forces, officers stopped a total of 1,962 motorists after they were seen driving erratically, or had been involved in an accident. 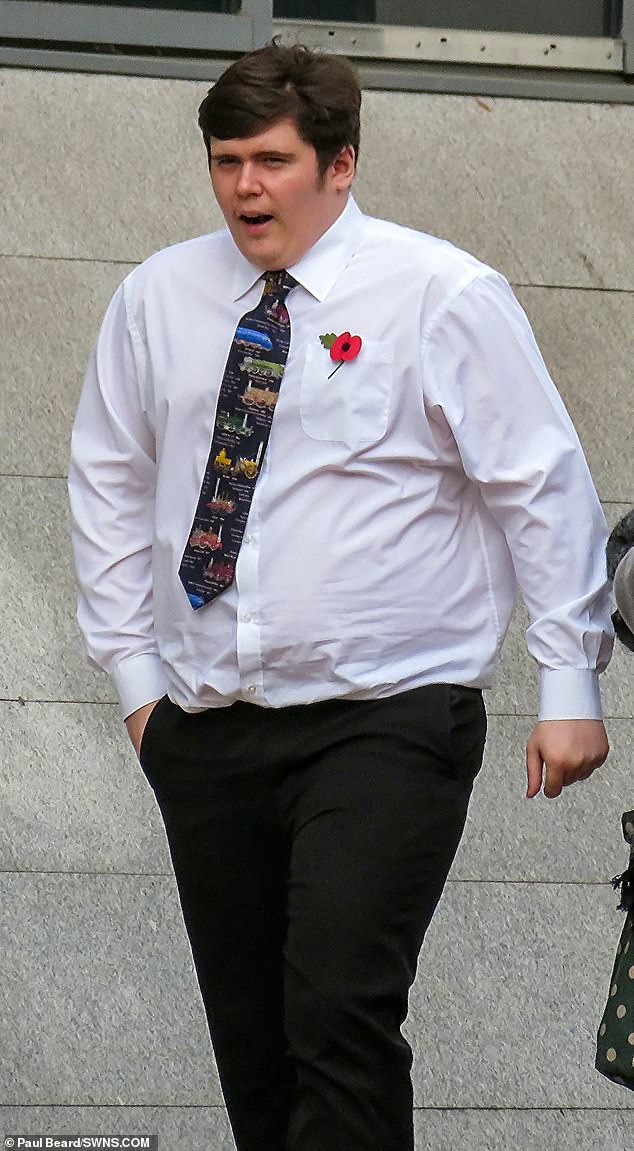 Dominic Haywood, 18, had three times the prosecution limit of the drug in his system when he got behind the wheel of a BMW

A single mother was high on cocaine when she ploughed into a cyclist while driving her children home from school.

Emily Brown, 32, was more than six times the drug-drive limit when she hit Stuart Crowther at 25mph, fracturing his skull.

The lettings agent claimed she had taken the drug 48 hours earlier to cope with the sixth anniversary of the deaths of her premature twins.

Brown also said she was distracted by her daughters, aged five and 13, trying to turn on the car radio.

However, test results following the crash in Oldham last October showed she may have taken the Class A drug 12 hours beforehand.

She had 332 milligrams of cocaine in 100 millilitres of blood – more than six times the limit of 50mg.

In July, Brown was jailed for a year at Manchester’s Minshull Street Crown Court after admitting drug-driving and dangerous driving.

The proportion was only 40 per cent when an operation was carried out in 2016.

This year’s figures showed 74 collisions involving drug-drivers – a 54 per cent rise on the 48 accidents last summer.

In another alarming finding, the rate of positive drug test results was far greater than that for drink-driving.

In a similar crackdown, just 10 per cent of motorists who took roadside alcohol breath tests were found to be over the limit.

This year’s drug-drive operation was carried out from June 14 to July 15, but the results have only just been released by the National Police Chiefs Council.

They come at a time when road policing is being squeezed across the country as over-stretched forces make violent crime a priority.

Some forces like Northamptonshire Police have recorded an 83 per cent decline in roads officers.

A major forensic scandal has also halted many drug-driving prosecutions.

Last week it emerged that 50 cases were abandoned due to alleged test tampering at a forensic lab in Manchester that has thrown 10,500 cases into jeopardy.

Motorists tell us that they want to see more police on the roads, because other than tackling speed through cameras, there are lots of offences that seem to go unchallenged because there are less traffic police.

And when there are less police cars on the road, people feel they can get away with it.’

A teenager sped through villages at up to 124mph as he led police on a ten-mile chase while high on cannabis.

Dominic Haywood, 18, had three times the prosecution limit of the drug in his system when he got behind the wheel of a BMW months after passing his test.

Last month he was jailed for eight months after admitting dangerous driving and drug driving.

Coventry Crown Court heard Haywood was spotted by police before accelerating to 124mph as he roared through 40mph zones in a series of Warwickshire villages in July.

At one point he overtook two other vehicles at 60mph on a blind bend. Ditching his BMW in a field, he was found lying in the grass and told police: ‘I just panicked.’

Drug-driving is responsible for about 320 deaths and serious injuries every year. Tests by the Department of Transport reveal that one in six drivers killed in crashes had taken illegal substances.

Despite calls by some to legalise cannabis in the UK, studies in the US have shown an increase in the number of car crashes in states where the drug is no longer outlawed.

The surge in the number of British drivers being caught follows the introduction of new ‘drugalyser’ testing kits. Using a saliva swab to allow police to identify substances within minutes.

The kits can detect up to 17 drugs including cannabis, cocaine and ecstasy, as well as prescription drugs typically used for insomnia or anxiety that have been taken above prescribed doses.

They were introduced in March 2015 in the wake of tough new legislation to tackle the menace of drug-driving, which until then had not been punishable under a specific offence.

Under the old system, officers had to summon a doctor to conduct blood tests at a police station, by which time the drugs could have left the driver’s system. However, police chiefs have complained at the £18 cost of roadside tests, with a further £350 for blood analysis to bring the case to court. An alcohol breath test costs just 18p. 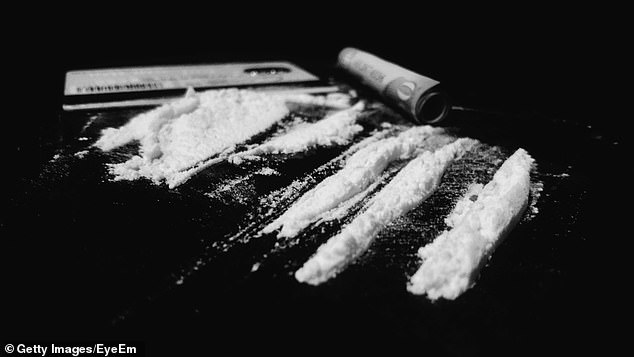 Motorists convicted of drug-driving face the same penalty as drink-drivers – a minimum of a year’s ban, unlimited fine and up to six months’ in prison, although the majority are handed a short ban and a fine.

A spokesman for Brake said: ‘Getting behind the wheel under the influence of drugs can have potentially devastating consequences.’

National Police Chiefs’ Council lead for drink and drugs driving, Chief Constable Anthony Bangham said: ‘Far too many people still attempt to drive after taking drugs and we are better prepared to catch them than ever before.

‘Our message is the same all year round – do not do it.’