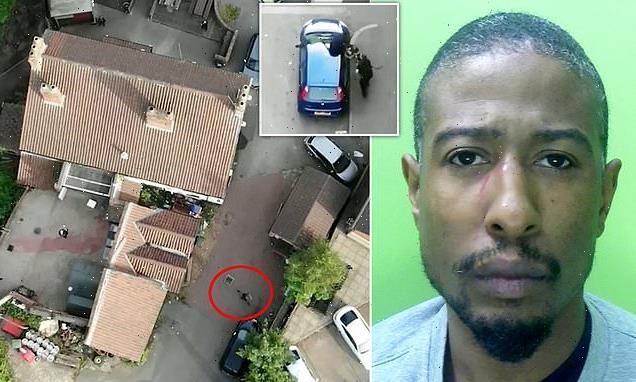 Dramatic moment drug dealer, 36, jumps out of bathroom window to escape officers before being caught by police dog is revealed as he is jailed for nine years

Drone footage has captured the dramatic moment a drug dealer leapt out of a bathroom window to escape police, only to be caught by an eagle-eyed police dog.

Dozens of officers raided a drugs den following a tip-off and seized large amounts of cocaine and cannabis stashed inside a derelict pub.

Drug dealer Leon Smart was spotted by drone operators clambering out of a bathroom window and running down an alleyway nearby. 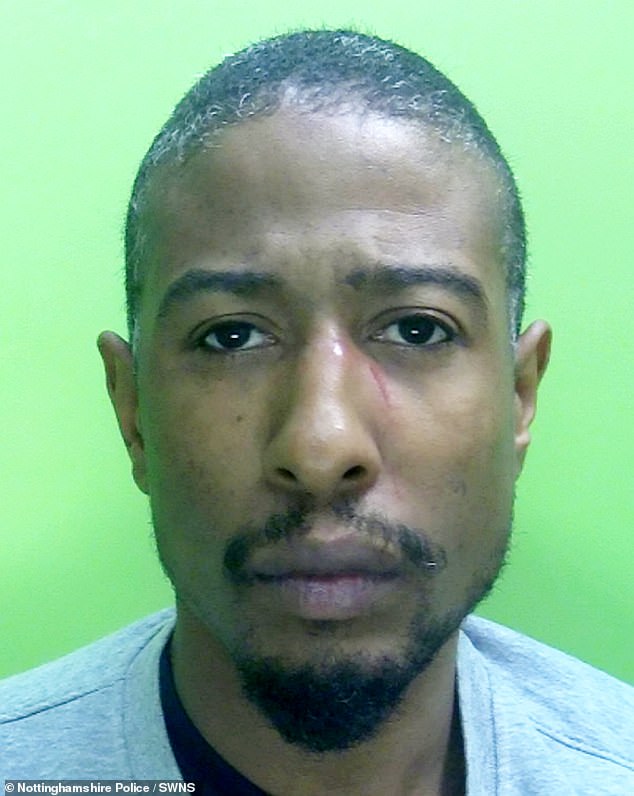 Drug dealer Leon Smart, 36, jumped out of a bathroom window when police raided the derelict Old Pear Tree In in Old Basford, Nottinghamshire, on September 21, 2021 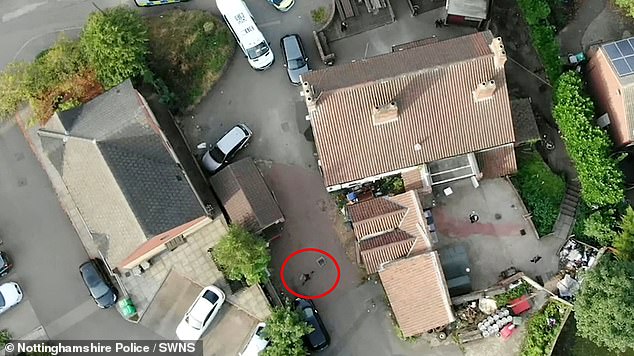 Despite his attempts to hide, officers on the ground were directed to his position and, together with police dogs, chased him across the road.

Smart climbed onto the roof of a parked car but was hauled to the ground by a police dog.

The 36-year-old was dragged off the car with large amounts of cash he was carrying spilling out onto the pavement as he was arrested.

Officers found drugs, including a bag of Black Mamba, a taser and bundles of cash during the raid of the historic former pub.

The Grade II-listed pub, which first opened 140 years ago, closed permanently in 2021 but was taken over by drug dealers months later. 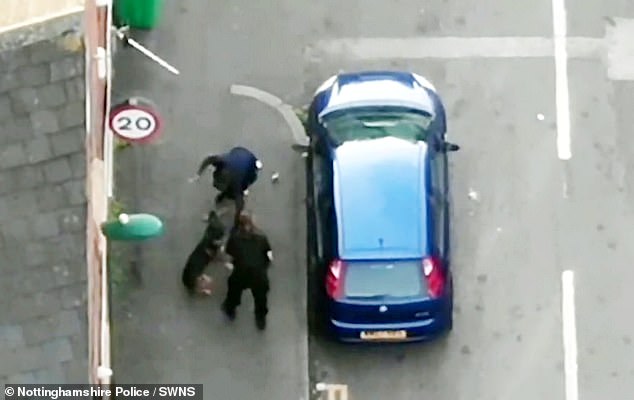 Smart was pulled off the top of a car and wrestled to the ground by police, as wads of cash fell from his pockets

Smart, of Deptford, London, admitted possession with intent to supply Class A and Class B drugs and possessing a prohibited weapon.

He was jailed for nine years when he appeared at Nottingham Crown Court yesterday.

Sergeant Steve Willetts, of Nottinghamshire Police, said: ‘We will never hesitate to follow up reports of drug activity we receive and will act robustly to shut down any drugs operations being run within our communities because we understand the devastation they can cause.

‘This was a great example of several of our teams, including the drone unit and police dog section, working together to ensure a criminal couldn’t escape.

‘As Smart found out to his cost, you can run but you can’t hide from the police, with the footage filmed by the drone showcasing how officers effectively communicate with one another to close in on a target.

‘I’m pleased to see Smart is now facing up to the consequences of his actions and I hope he uses his time in prison to change his life for the better.’