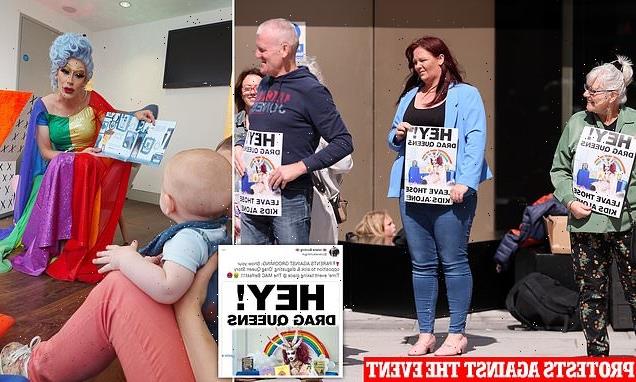 A drag queen who took part in a reading event for children said he has been the target of death threats but the ‘intimidation’ will not make him quit.

Matt Cavan, better known as Cherrie Ontop, said the backlash he has faced after taking part in a storytime event in Belfast on Sunday has given him ‘even more fire in [his] belly for events like these’.

He said he had to get the police involved after he was sent death threats and called a ‘paedophile’ online.

But Matt vowed to continue reading to children in drag, telling BelfastLive he wants Northern Ireland to be a better society where it is accepted that you can ‘wear a dress and still be a boy’, something he was ‘terrified’ to do as a child.

The 33-year-old was taking part in Drag Queen Story Hour UK, which is run by Sab Samuel, who performs as Aida H Dee, and has been the subject of protests in recent weeks. 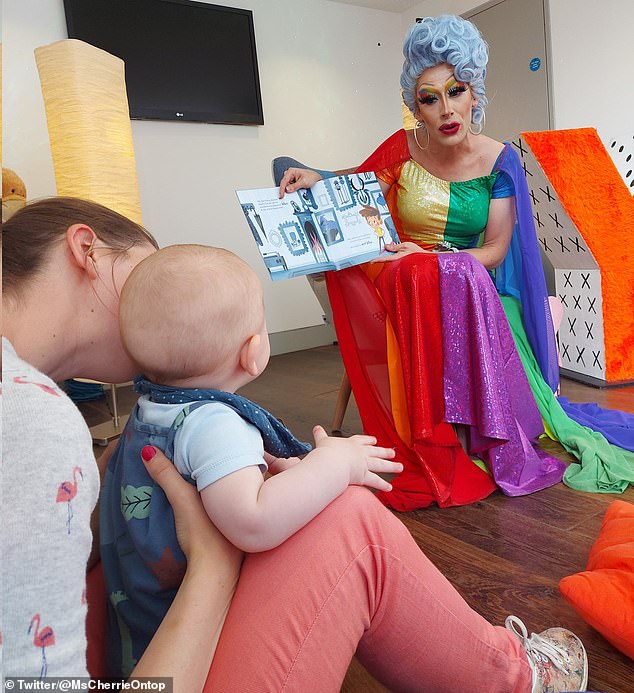 A group of protesters, organised by Parents Against Grooming, attended Sunday’s event and held banners which read: ‘Leave those kids alone’.

Northern Ireland Justice Minister Naomi Long showed her support for Cherrie Ontop on Twitter, saying people ‘hating on drag queens reading stories to kids’ have forgotten that pantomime dames have always been men and this was never a problem.

Matt said he has received ‘a massive amount of support’ and the negative reaction has only convinced him of how important the event is. 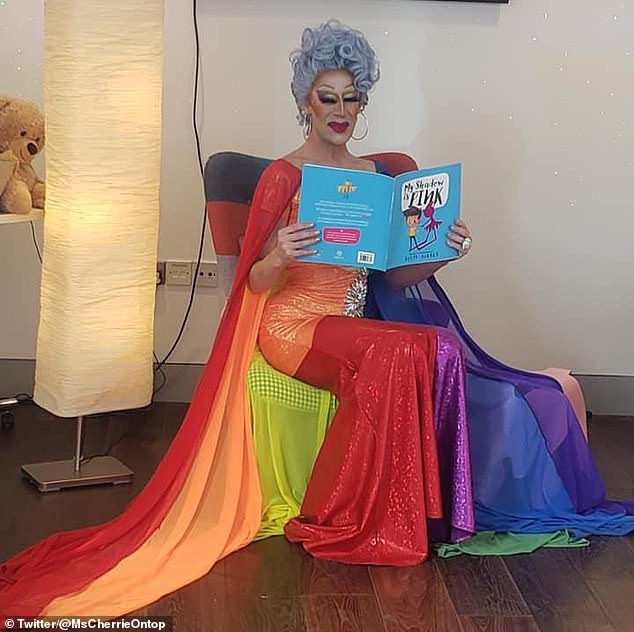 ‘The books that I choose are all about acceptance and equality and diversity.

‘People think that I was trying to brainwash children. I don’t really understand that because for me, being a gay person is not a choice, and it is nothing that can be forced upon you.’

The Metropolitan Arts Centre in Belfast, which hosted the event, shared the positive feedback that they had received for the event.

One attendee said: ‘Cherrie is a wonderful storyteller and teaches an important message in a way that is easy for children to understand. What a fun way to spend a Sunday!’

Another parent added: ‘Absolutely fabulous event. The stories were so lovely, my kids (9, 6) were mesmerised from start to finish, as was I.’ 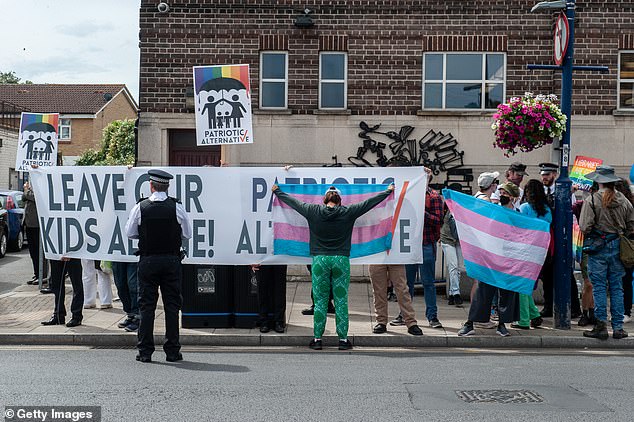 Police have been called to other protests outside Drag Queen Story Hour events, which are being held across the UK during the summer holidays. Pictured: Pro LGBT activists confront the far-right Patriotic Alternative group outside an event at Welling Library in London last week

Drag Queen Story Hour UK is touring Britain this summer, with almost 70 events in 20 areas of the UK, including Bristol, Cornwall, Oxfordshire and Portsmouth.

Previous events have also provoked controversy, with a protestor arrested last Thursday amid clashes between opponents and supporters of the tour in Bristol.

Anti-event protesters claimed it was them who called the PSNI after the force issued the following statement: ‘Officers remain in the area and monitored the protest. No offences were detected, however police subsequently received a report of a hate incident in the area.’

The MailOnline reported last week that library staff have been urged to call drag queens ‘pantomime dames’ in order to confuse protesters and allow Drag Queen Story Hours to go ahead as planned.

Organiser Sab Samuel, 27, said he is determined to continue his library tour and said representation for LGBTQ+ youths is ‘saving lives’.