‘Dr Sleep’ revealed to the world the wonders of our unconscious minds. Now, as he dies at 91 (while dozing, naturally), the bedtime story of how Professor William C Dement opened our eyes to dreamland

Woe betide the student who dozed off during Professor William C. Dement’s lectures. He would jolt them awake with a squirt from a water pistol and insist they stand up and recite his mantra: ‘Drowsiness is red alert!’

In the evenings, he would drive around campus in a golf cart he dubbed the Sleep & Dreams Shuttle, alerting first-year students to the alarming consequences of not getting enough sleep with a video showing cataplexy attacks (a condition in which the muscles suddenly go limp), night terrors (in which a sleeper screams in fear) and narcoleptic dogs stumbling around and collapsing.

Dement was dubbed the ‘father of sleep science’ during a lifetime’s devotion to a hitherto under-researched subject that accounts for a third of our lives. He coined the term Rapid Eye Movement (REM) as one of the cycles of sleep, and was the first to prove that it occurred while humans dream. 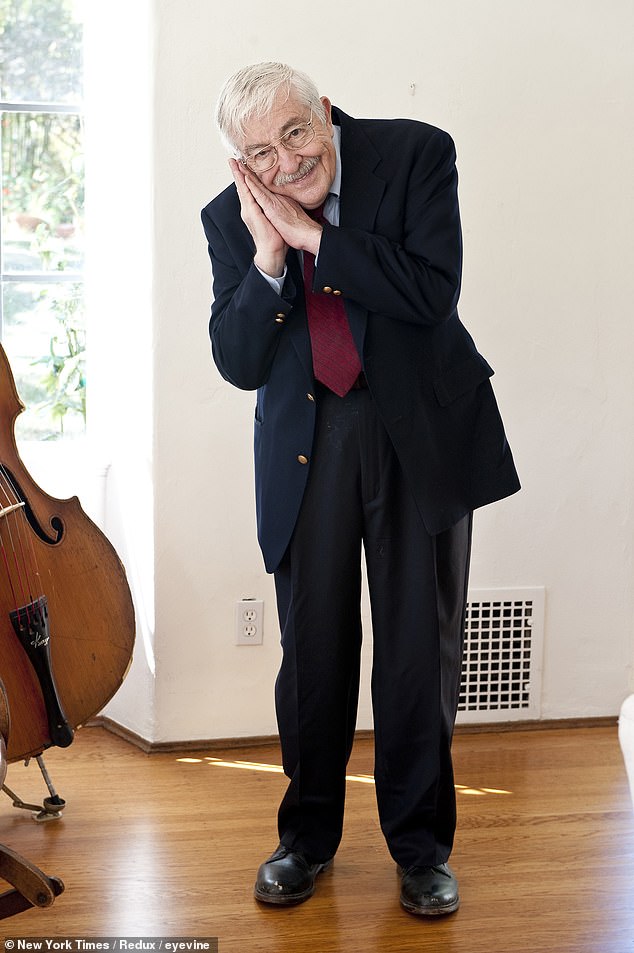 Professor William C. Dement (pictured) was dubbed the ‘father of sleep science’ during a lifetime’s devotion to a hitherto under-researched subject that accounts for a third of our lives

And just as our thoughts run wildest when we’re dreaming, the American academic was not a little eccentric himself.

In June, he passed away at 91 (fittingly in his sleep) after a colourful life in which he also identified sleep apnoea. Sufferers have difficulty breathing while asleep, meaning their slumber is constantly interrupted — which can be dangerous in the long term.

‘Dr Sleep’, as he was dubbed, was the first to realise that far more people suffer from sleep apnoea than had been commonly believed.

Colleagues hailed him as a visionary. The academic based at Stanford University in California believed passionately that people need to worry more about how much sleep they get, going so far as to even claim sleep disorders were ‘probably the number one health problem in the world’. 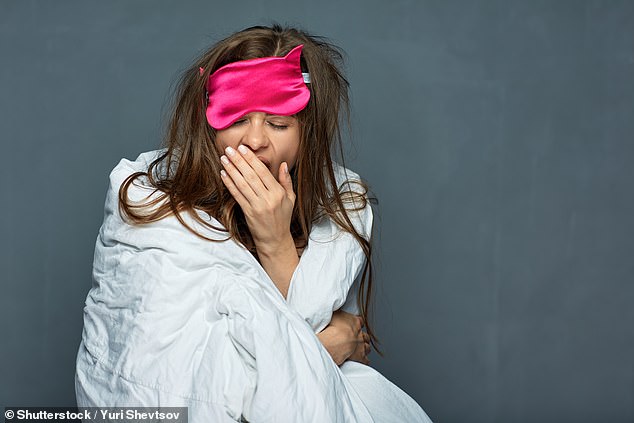 Aware that science was neglecting sleep and sleep deprivation, Dement strived to find the answers himself (Stock image)

They also, he pointed out, weren’t simply a problem for the sufferer. Many fatal car crashes are caused by drivers falling asleep at the wheel, he said, while also blaming sleepy people for the partial meltdown at the Three Mile Island nuclear power station in 1979, the Challenger space shuttle disaster in 1986 and 1989’s Exxon Valdez oil spill in Alaska.

As a professor in Stanford’s psychiatry department, Dement started the first sleep disorder research centre. His popular class ‘Sleep and Dreams’ drew up to 1,200 students — despite the risk from that water pistol to anyone who dozed off.

Aware that science was neglecting sleep and sleep deprivation, Dement strived to find the answers himself. He spotted a perfect opportunity when he learned that 17-year-old Randy Gardner was trying to win the 1964 Greater San Diego high school science fair by staying awake for a record-breaking 264 hours, or 11 days.

Despite two friends staying up with him in rotation around the clock, Randy was experiencing nausea, slurred speech, memory loss and hallucinations by day four.

His rules for getting a good shut eye

A lifetIme studying sleep meant that Dr Dement found a few useful rules for getting a good night’s rest — many of which have since become gospel.

His tips, still on his website The Sleep Well, include: only go to bed when you feel sleepy; use your bed just for sleeping and sex, not ‘paying bills, doing work or reading’; have a hot bath 90 minutes before bedtime; and refrain from exercise, alcohol or caffeine for four hours before. He also recommended a cool, dark bedroom and basking in sunlight to set your biological clock for waking up.

He slept soundly himself, from 10pm to 5am. Dement preferred not to specify how long people should sleep, saying everyone should work out how much they needed.

Then Dr Dement turned up at his home and offered to get involved. He and his assistants took turns watching and assessing the young man.

Dr Dement rented a convertible car and drove bleary-eyed Randy around San Diego with the radio on at full volume before heading off to an amusement arcade for late-night distraction.

Randy took nothing more stimulating than Coca-Cola, but — even in the final hours before breaking the record — was able to play a hundred games of pinball against his rested observers and win.

Dr Dement had by that time become so sleepy himself trying to keep up with the teenager he’d been stopped by the police for driving the convertible the wrong way down a one-way street.

Randy needed just 14 hours sleep at the end of his ordeal and was soon back to normal.

The teenager later said the key to staying awake was ‘just talking yourself into it’ — sheer willpower and concentration.

Born and raised in Washington state, Dement paid his way through college playing bass in Seattle jazz clubs and would jam with famous musicians such as Quincy Jones and Stan Getz.

While he could never explain precisely why we dream, Dement didn’t doubt the activity’s significance, kicking his heavy smoking habit after he dreamt he developed inoperable lung cancer. ‘Dreaming permits each and every one of us to be quietly and safely insane every night of our lives,’ he often said.

In New York, he conducted tests in his own Manhattan flat, advertising in a newspaper for subjects. He would attach electrodes to measure his volunteers’ brain activity, regularly rousing them to see if they recalled their dreams.

His recruits included members of the glamorous Radio City Rockettes dance troupe, and their frequent nights at his home prompted neighbours to conclude he was up to something rather less respectable than scientific research. He met his future wife, Pat, when she babysat his test subjects’ children and was later monitored herself.

He moved to Stanford in 1963 and seven years later set up what is believed to be the world’s first sleep clinic for insomniacs, amassing a pack of narcoleptic dogs as part of his research.

However, behind the jokiness and penchant for pranks, he insisted he had an important message: doctors, scientists and governments had to wake up to the importance of sleep. 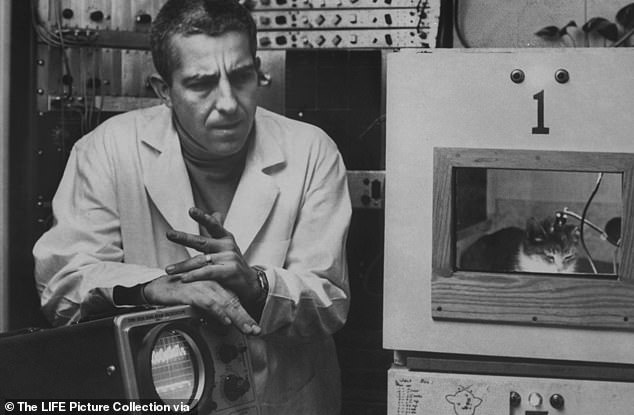 ‘I’ve stalked the sleeping self to understand what happens when we sleep,’ he wrote in one of his many books. ‘I’ve watched people in our lab and our clinic undergo the commonplace and profound transformation called falling asleep.’

As for sleep deprivation, he had a simple message: sleepiness is a signal to go to bed.

Nobody was spared a lecture about the importance of shut-eye. He once even buttonholed Hillary Clinton, then First Lady, as she came to collect her daughter, Chelsea, from Stanford and gave her an impromptu lecture. ‘I think she’s quite knowledgeable about this area now,’ he joked later.

Dement stopped teaching five years ago but still attended lectures. By then he was heading into his 90s and would nod off. A colleague would squirt him with a water pistol and, smiling, Dr Sleep would dutifully chant his maxim about the perils of drowsiness.