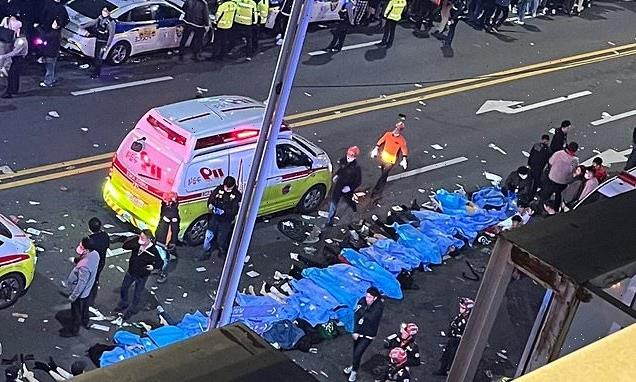 A massive crush has left dozens in cardiac arrest after being crushed by a large crowd pushing forward on a narrow street during Halloween festivities in the South Korean capital Seoul.

Officials said at least 100 people were injured during the deadly crowd surge on Saturday night in the Itaewon leisure district of Seoul.

They did not give a specific number of the people being treated for cardiac arrest but said they were in the dozens.

Choi said it was believed that people were crushed to death after a large crowd began pushing forward in a narrow alley near Hamilton Hotel, a major party spot in Seoul.

Police said dozens of people are being given CPR on Itaewon streets while many others have been taken to nearby hospitals. 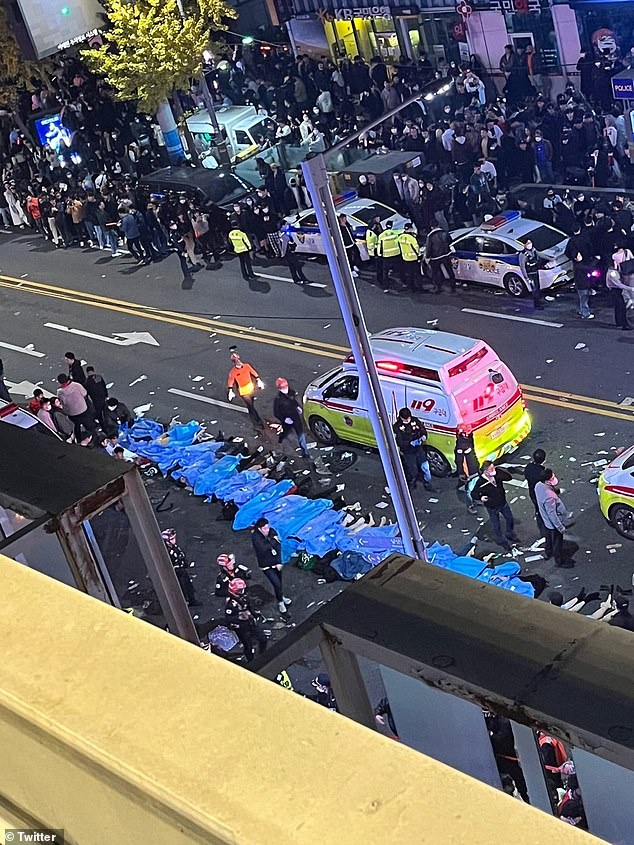 Dozens of people have died after a huge crush in Seoul 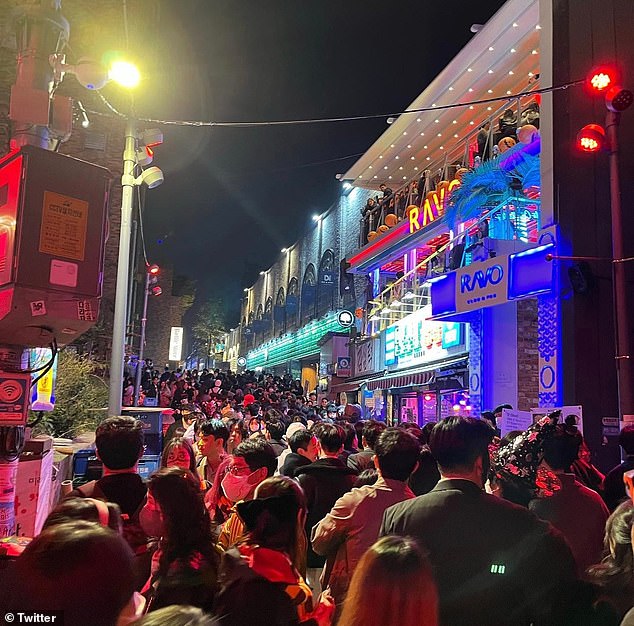 Thousands of people piled into the narrow alley where they became trapped, causing many to suffer from cardiac arrest

A local police officer said he was also informed that a stampede occurred on Itaewon’s streets where a crowd of people gathered for Halloween festivities. The officer requested anonymity, saying the details of the incident were still under investigation.

Some local media reports earlier said the crush happened after a large number of people rushed to an Itaewon bar after hearing an unidentified celebrity visited there.

South Korean President Yoon Suk Yeol issued a statement calling for officials to ensure swift treatment for those injured and review the safety of the festivity sites.