Stewart Kingdom, 54, tragically took his own life after being plagued by post-traumatic stress disorder from his time in the forces. 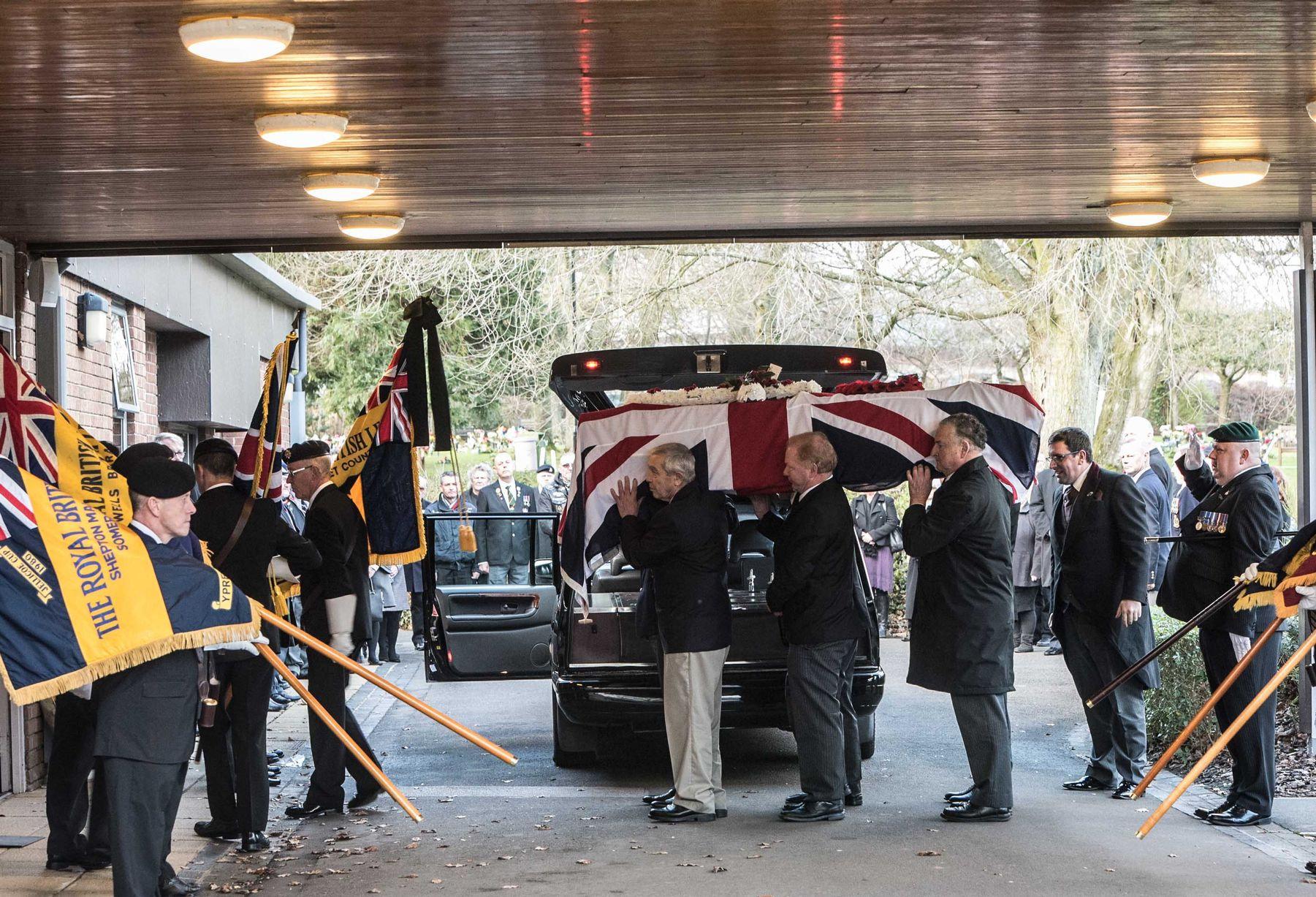 On Friday former friends, members of the armed services and Yeovil MP Marcus Fysh flocked to Yeovil Crematorium, Somerset, to give a fitting send-off to Mr Kingdom.

The ex-squaddie served tours of Northern Ireland during the Troubles.

He also saw action in the Falklands and the First Gulf War.

But after leaving the forces in 1997, Mr Kingdom endured a series of heartbreaking personal tragedies. 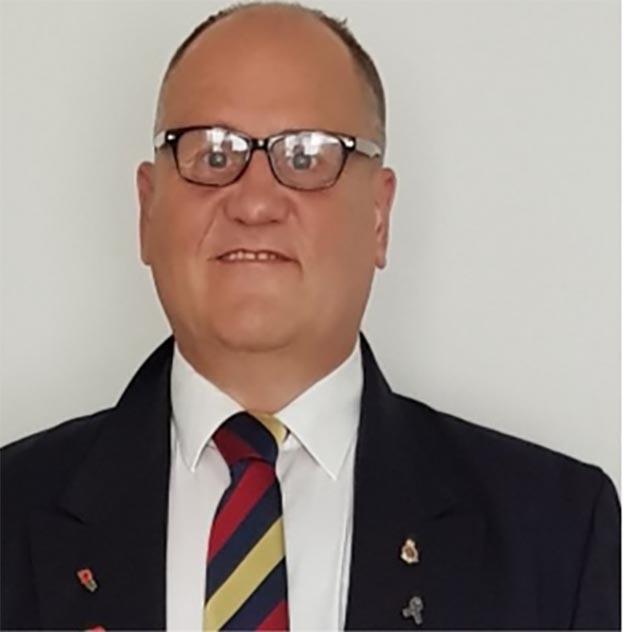 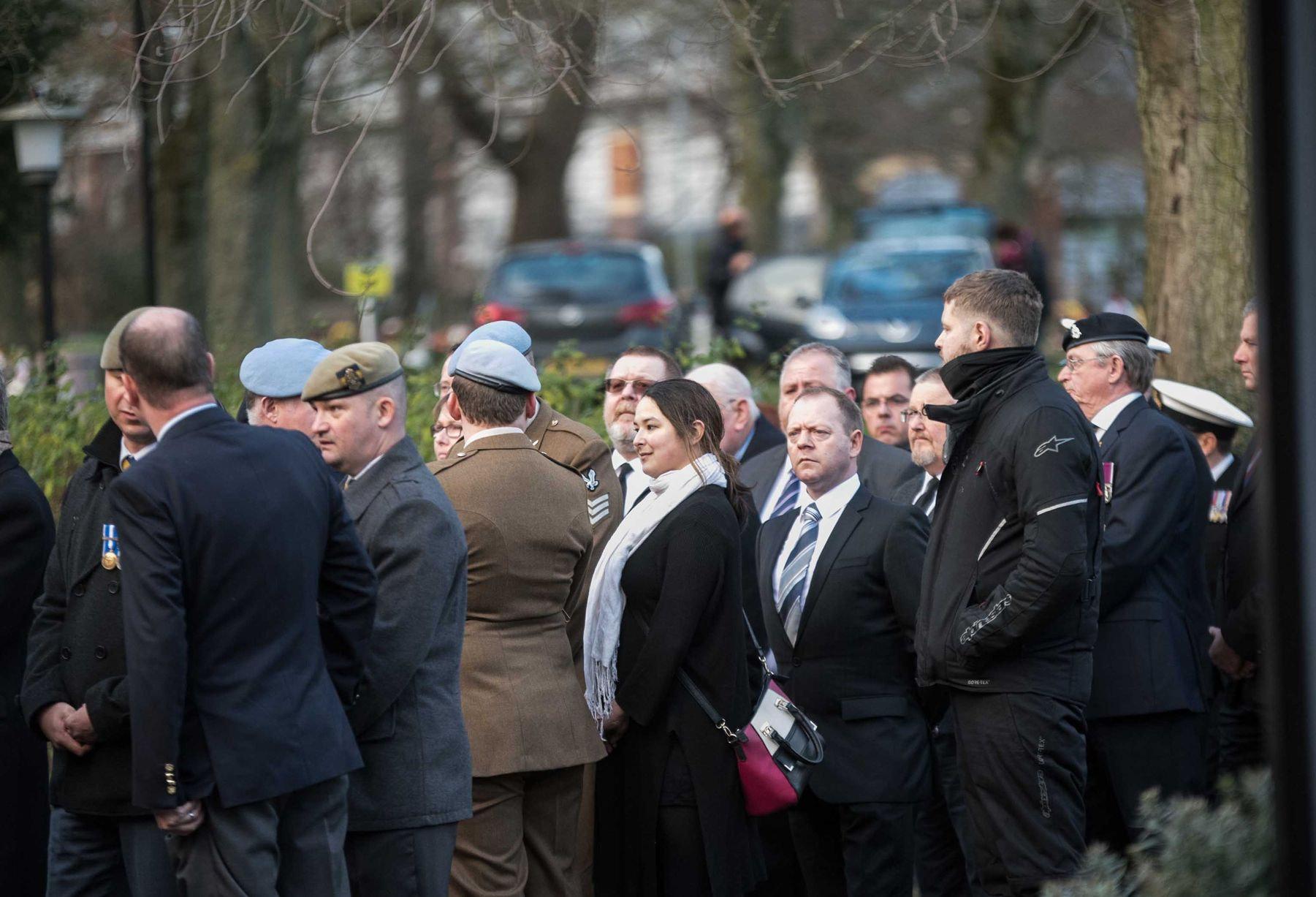 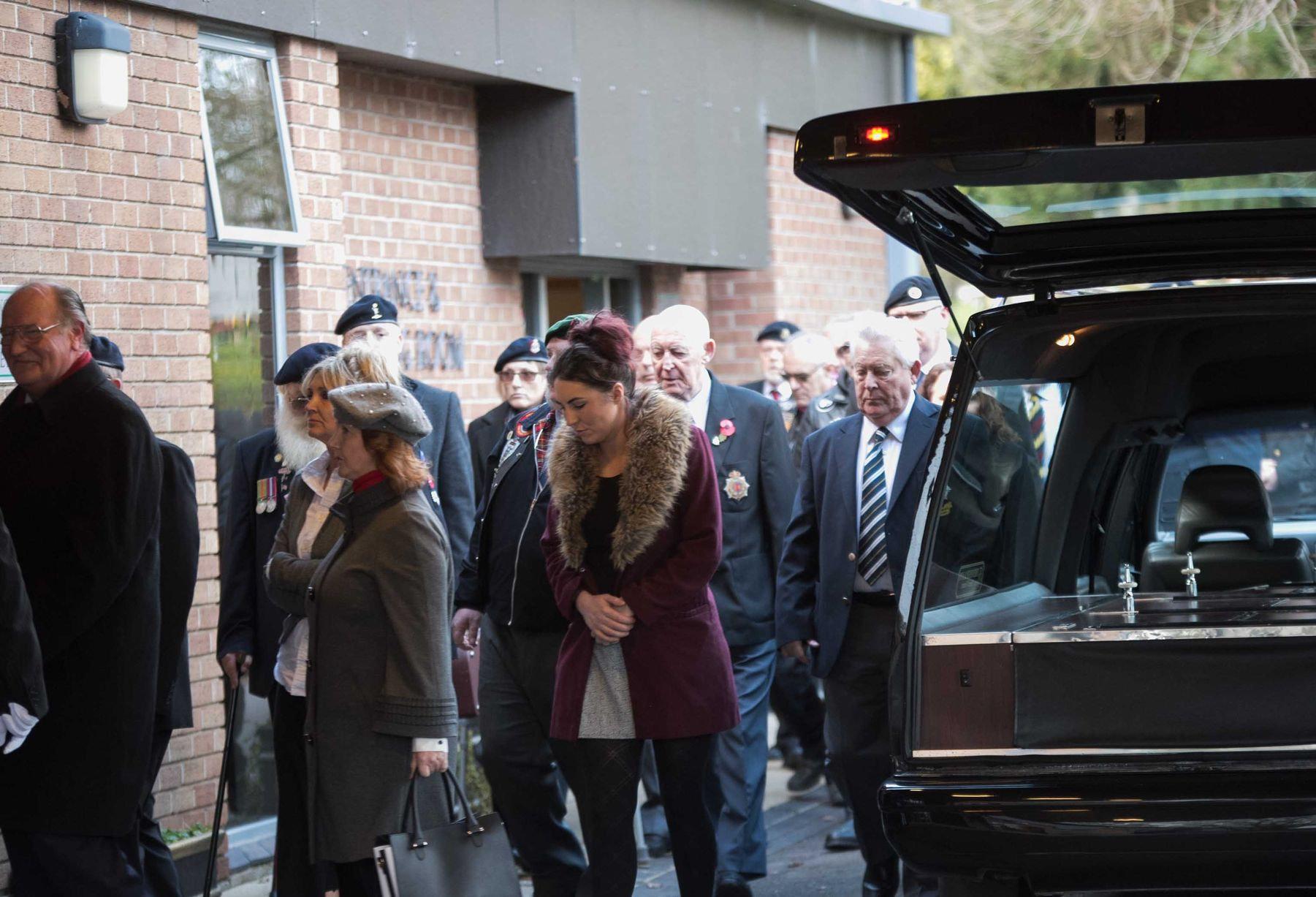 An inquest heard that his life "seemed to be one tragedy after another".

His father died in hospital during a routine operation in 1997.

His mum was so distraught by the loss that she took her own life the same day.

And on the day of his mother and father's funeral his sister was killed in a road accident. 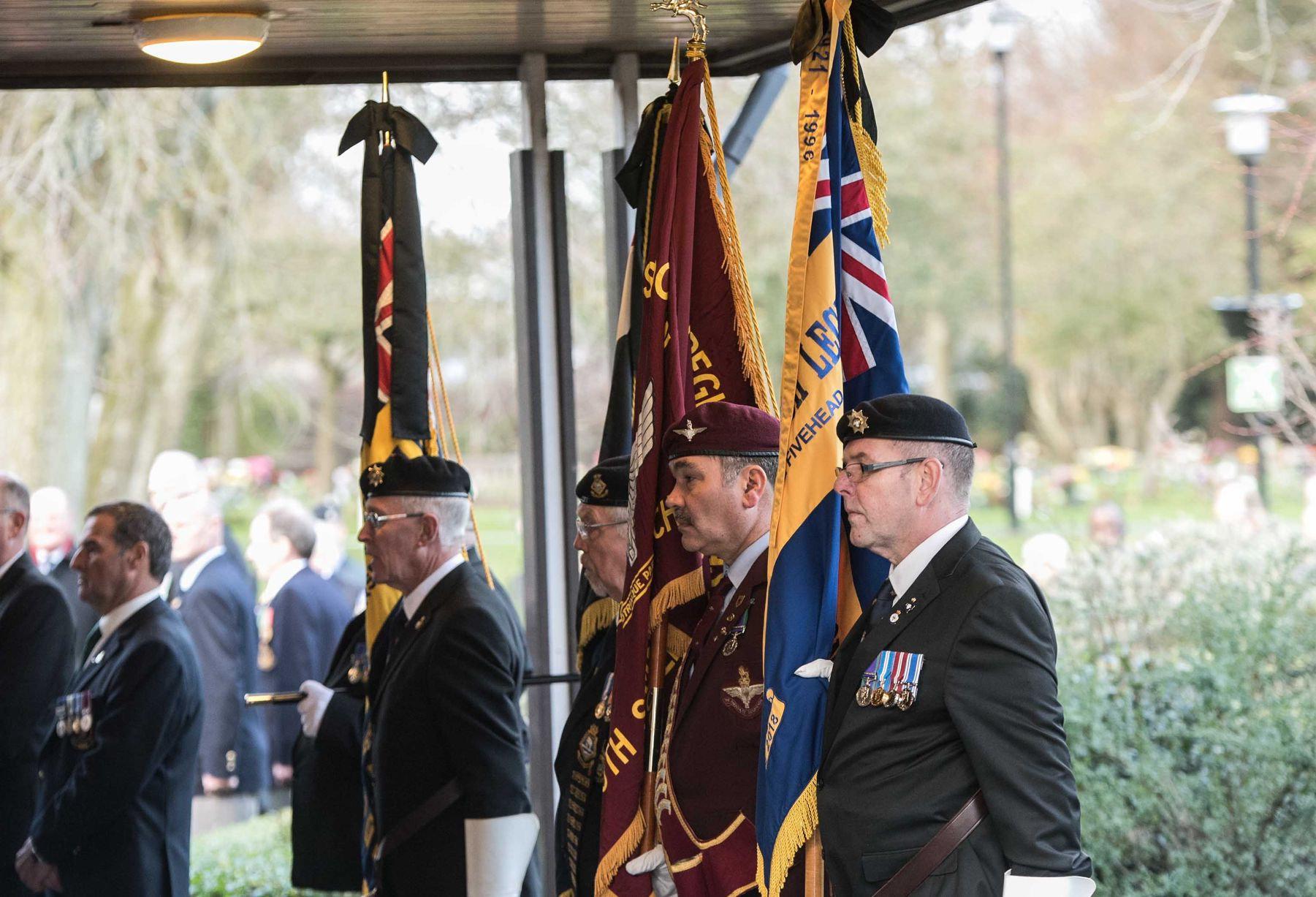 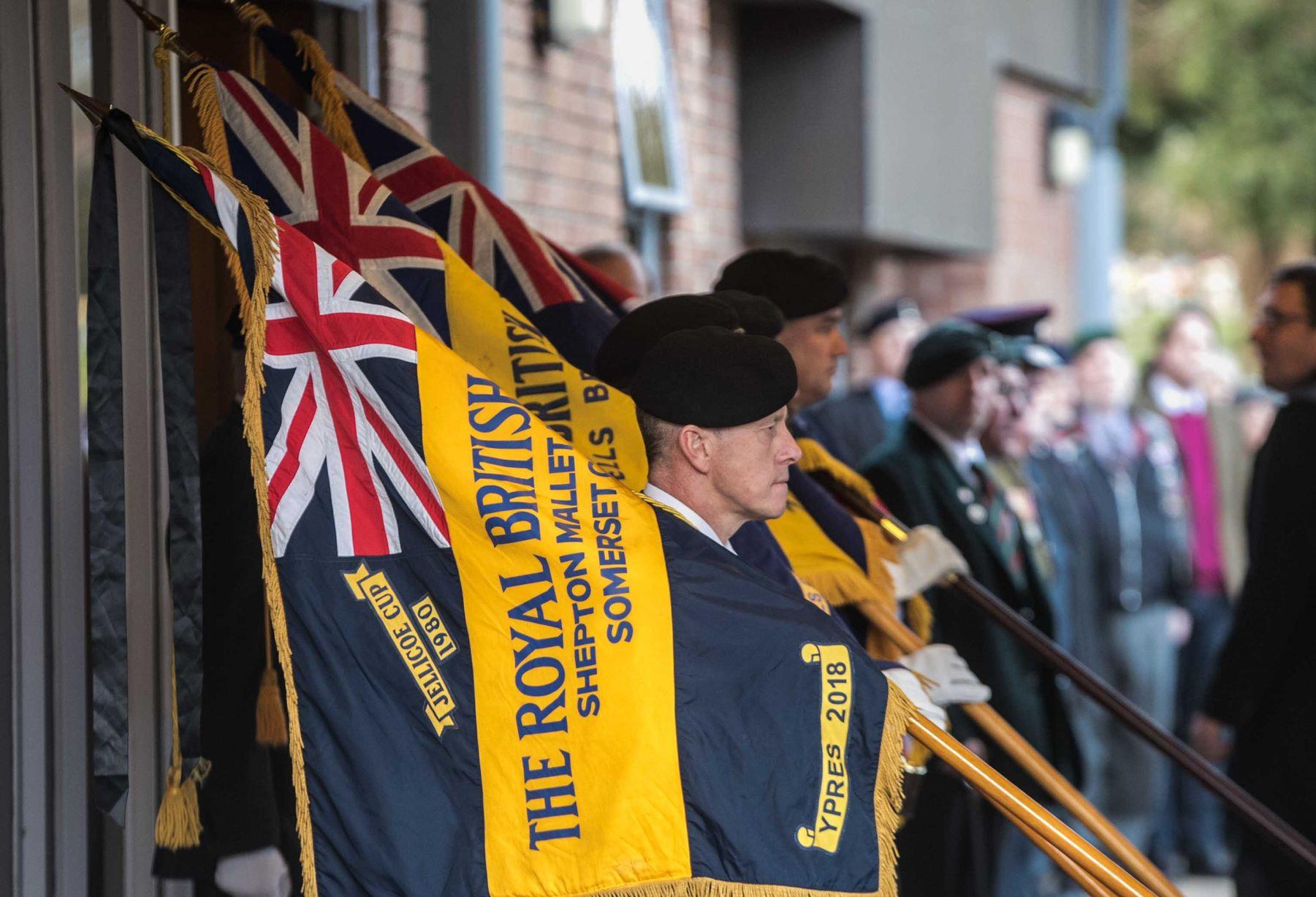 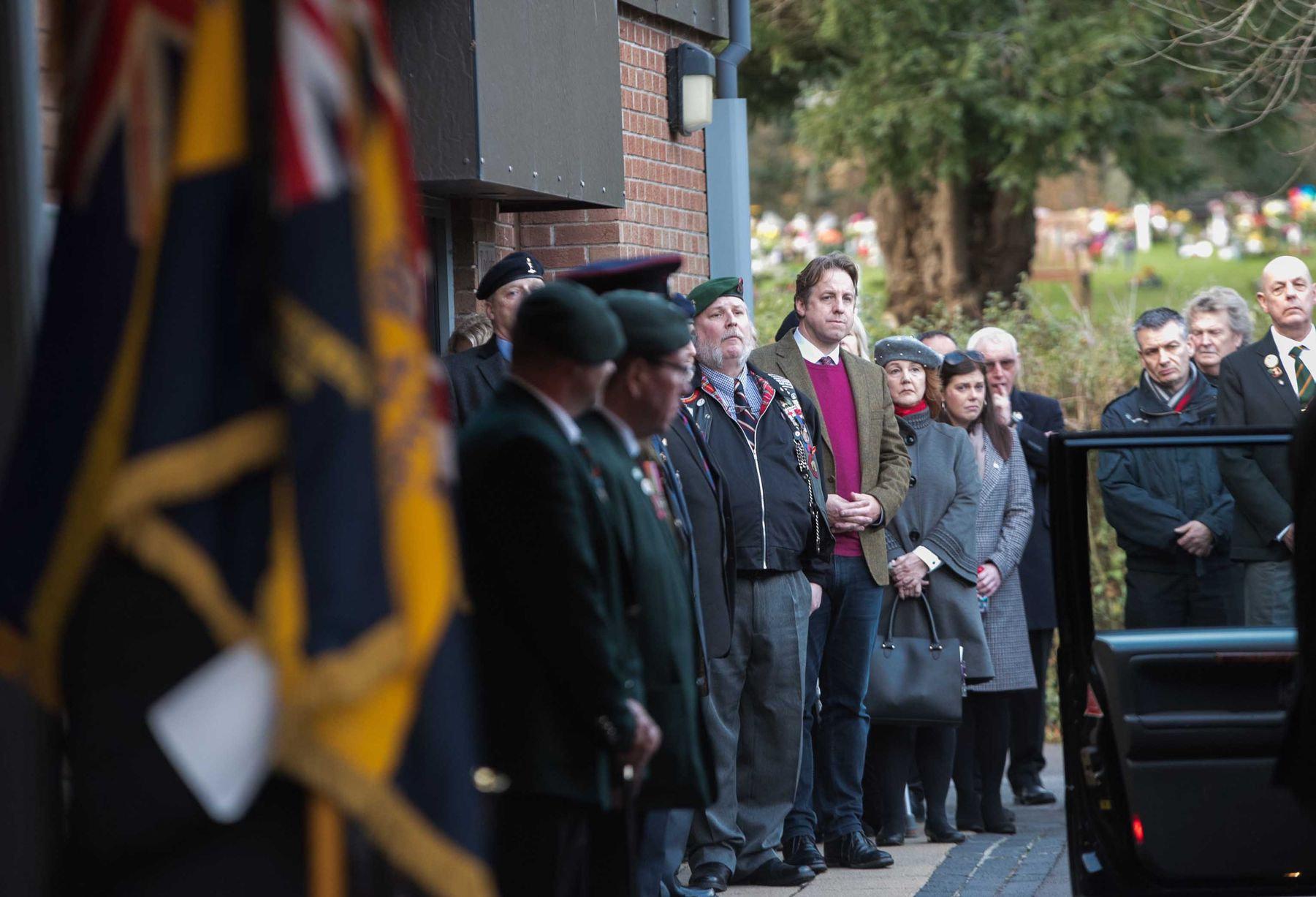 A few years later he was diagnosed with Parkinson's disease and PTSD – which contributed to the eventual breakdown of his marriage.

The former Royal Army Medical Corps soldier was told in August that he had terminal cancer – and he was given just 12 months to live.

He told friends that he felt "life was no longer worth living" and took his own life at his bungalow in Crewkerne, Somerset, last month.

Following his death, a coroner was unable to find any relative to let them know of his passing.

But the Crewkerne branch of the Royal British Legion began an appeal to try to gather mourners to pay their respects.

The campaign gained momentum and led to the large showing at the moving service on Friday.

Many wore military attire – while a Union Jack was draped over Mr Kingdom's coffin.