Downing Street has drafted in a senior aide to Prince William to oversee its coronavirus planning today.

Simon Case, has been made permanent secretary at No 10 following almost two years working as William’s right hand man.

The 41-year-old mandarin has strong previous experience at the heart of politics, having been a senior adviser to both Theresa May and David Cameron.

His appointment comes amid reports of a ‘tense’ stand-off  between Boris Johnson and Sir Mark Sedwill, the head of the Civil Service, over the confusing plans for easing of the lockdown.

Last week Tobias Ellwood, the Conservative chairman of the Defence Select Committee, said Sir Mark should stand down as Cabinet Secretary and head of the Civil Service to focus on coordinating the nation’s coronavirus response.

The Prime Minister’s official spokesman said: ‘Simon is working on the coronavirus response in No 10 as a permanent secretary. Simon is with us temporarily from the Royal household.’

‘He is specifically co-ordinating the coronavirus response. Coronavirus is obviously a very significant piece of cross-Government work.’ 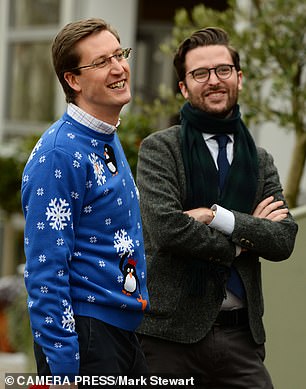 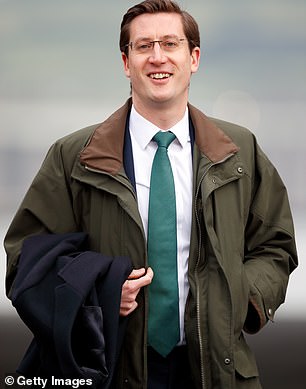 Simon Case (above left in Christmas jumper, and right) has been made permanent secretary at No 10 following almost two years working as William’s right hand man 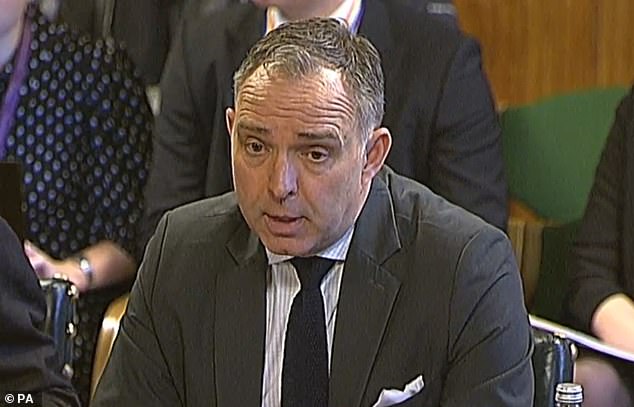 His appointment comes amid reports of a ‘tense’ stand-off between Boris Johnson and Sir Mark Sedwill (pictured), the head of the Civil Service, over the confusing plans for easing of the lockdown

He served as principal private secretary to David Cameron when he was Prime Minister and his successor Theresa May during 2015-17.

Before he began working for William, in July 2018, he was Director General Northern Ireland and Ireland in the Department for Exiting the EU.

The duration of Mr Case’s secondment will be agreed between the Cabinet Office and the Royal Household.

Some MPs believe Sir Mark is spread too thinly, especially given the current pressures associated with dealing with the deadly outbreak.

But Mr Ellwood was the first senior MP to break cover and openly ask for him to stand down.

He said the coronavirus crisis is placing ‘untold demands on all governments well beyond the routine’ and that decision-making processes therefore needed to adapt.

The Prime Minister and Sir Mark are said to have had a ‘tense’ standoff when the plans to ease restrictions were being discussed at a meeting earlier this month.

Mr Johnson apparently asked the room who was responsible for actually implementing the measures contained within the blueprint.

He asked Sir Mark if it was him, but the head of the Civil Service replied it was up to the PM to make sure things happen.

The claims came amid reports of growing splits between ministers and senior civil servants.

Mandarins fear they are being lined as coronavirus ‘fall guys’ ahead of an inevitable public inquiry into the Government’s handling of the crisis.