THE "shark" sighting in Dorset will be the first of DOZENS this year as they head for Britain due to climate change, experts have claimed.

Great white sharks, who already prowl the warm waters of the Mediterranean, could start heading further north as the seas heat up. 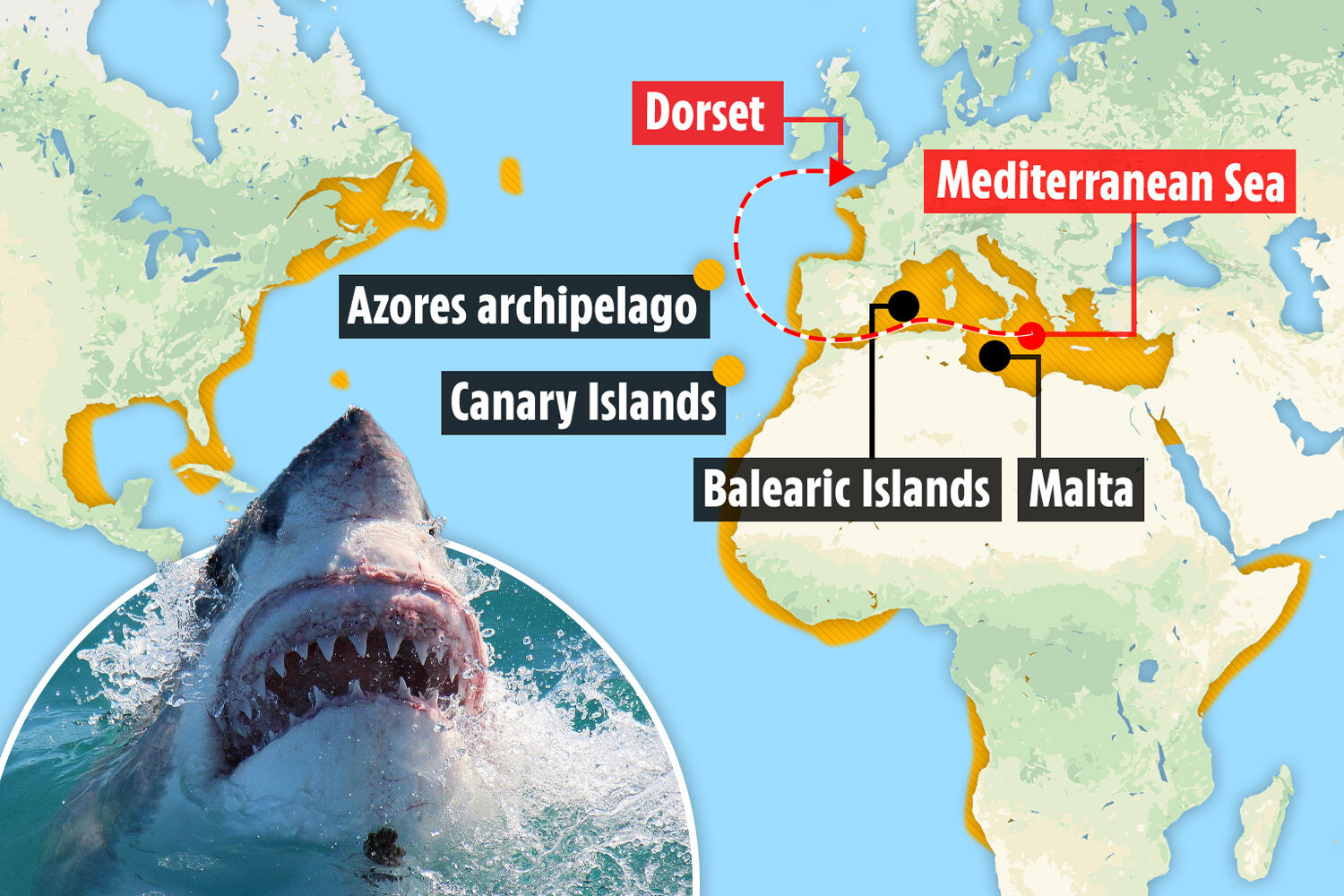 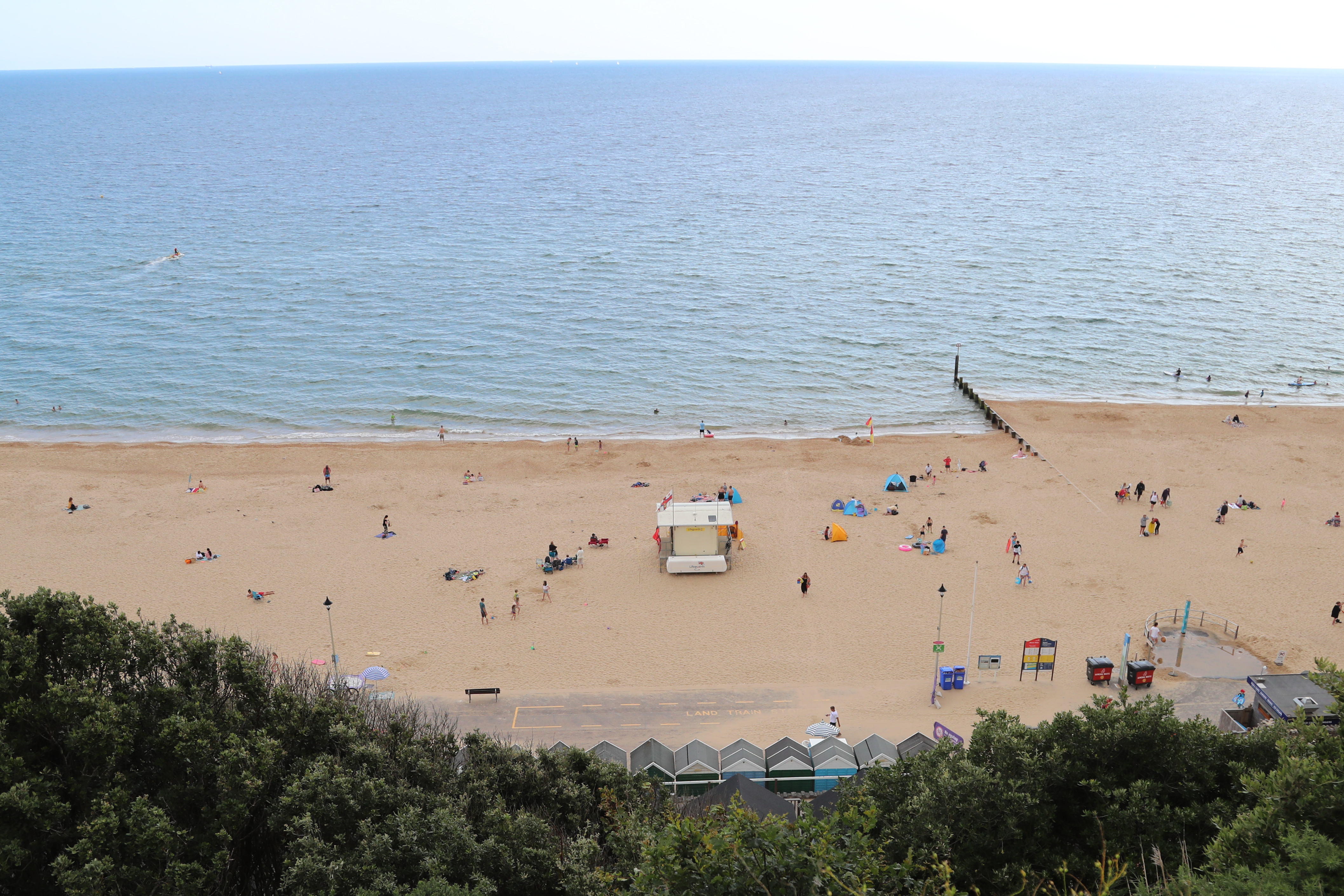 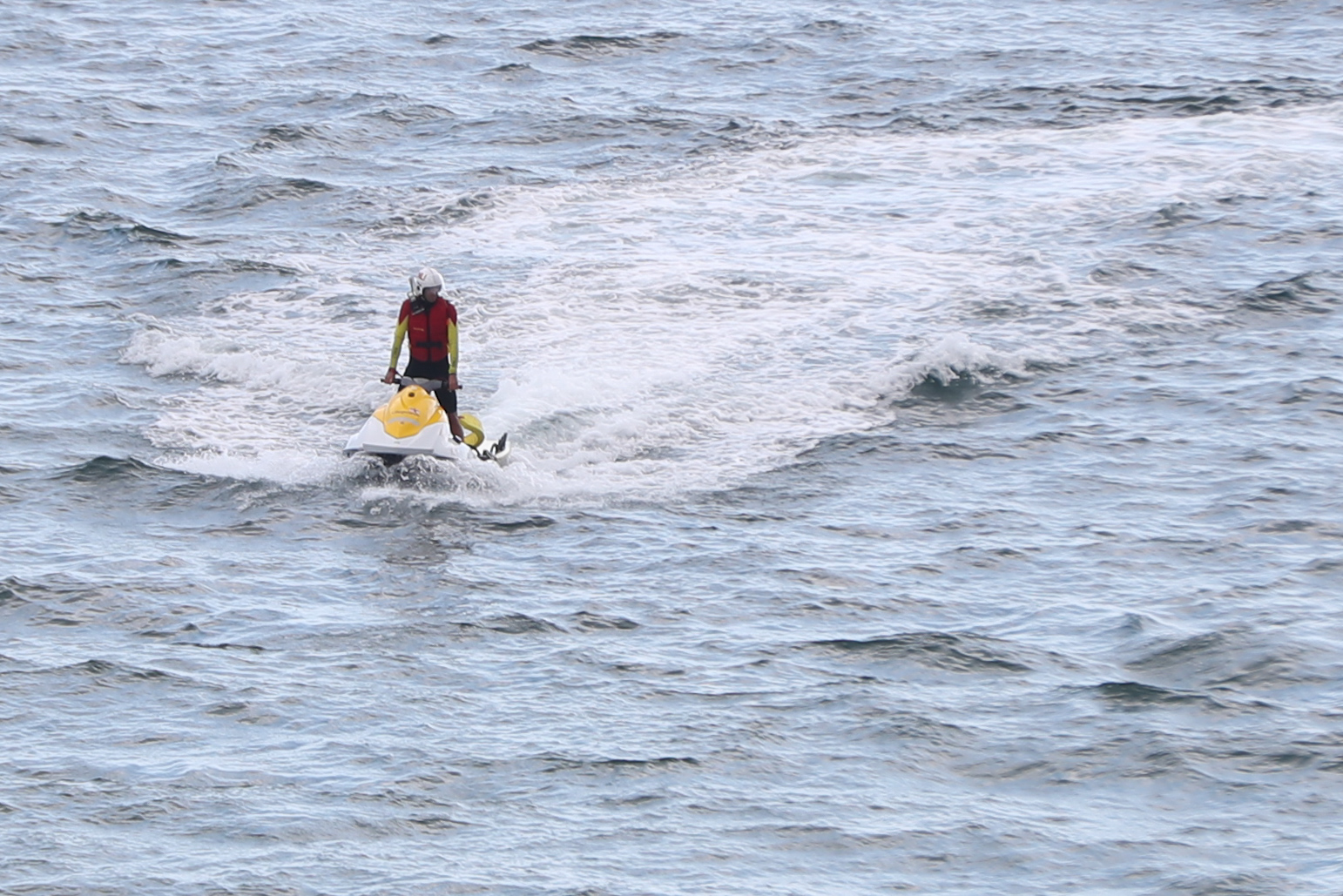 On Wednesday, a busy beach in Dorset was forced shut after a shark was reportedly spotted in the water.

Bathers were told to get out of the water following the possible sighting off Boscombe beach in Bournemouth.

RNLI lifeguards put up red flags, the signal to warn swimmers of a serious hazard in the water.

It is not known what species of shark was reported to have been spotted in the shallow water but it wasn't seen again.

England's south coast has been suggested as a potential great white shark hotspot with the predators drawn to the abundance of seals that live there.

And before yesterday's shocking report, experts said there had already been ten credible reports of the fearsome creatures straying into the seas off the British Isles.

As sea temperatures increase because of global warming in the coming years, it's feared the sharks will venture further north as they have been doing.

Dr Bob Hueter, chief scientist at the sea research organisation OCEARCH, told The Sun Online: "It is very possible that white sharks already occasionally venture to the British Isles but are not observed or documented.

"With climate change increasing water temperature, this likelihood could increase.

"It is not likely to be soon that white sharks will become common residents of the British Isles, but occasional visits by this species venturing up from the Atlantic coast of France may start to increase."

Recently there have been a number of sightings of the beasts in the Mediterranean.

More northward movements of the Mediterranean population of white sharks into the British Isles is a possibility with climate change.

A huge 16.5ft "Jaws" was pictured off the southern coast of Majorca during the holiday season in 2018 — and another was snapped by a diver last year near Malta.

Now a team of scientists on a Discovery Channel-backed expedition this summer are seeking to probe just how many of the predators there are in the Med.

Dr Hueter and his team, who are based in Florida, are set to investigate the shark’s population off Europe’s western coast as well as the Mediterranean.

And in a map produced by the expert, he believes the sharks already venture as far as off the coast of northern France.

He told The Sun Online: "More northward movements of the Mediterranean population of white sharks into the British Isles is a possibility with climate change."

Experts however insist shark attacks remain rare and the figures are roughly in line with previous numbers over the last decade.

A recent study of young great white sharks in the US found they were already being pushed northwards by rising sea temperatures.

Monterey Bay Aquarium chief scientist Dr Kyle Van Houtan said: "Nature has many ways to tell us the status quo is being disrupted, but it's up to us to listen.

"These sharks — by venturing into territory where they have not historically been found — are telling us how the ocean is being affected by climate change."

Dr Ken Collins, from the University of Southampton, based at the National Oceanography Centre and former administrator of the UK shark tagging programme, said: "It's likely we will be seeing more sharks spread from warmer regions such as the Mediterranean Sea towards our waters in the UK over the next 30 years.

"You get great whites off the coast of South Africa where the water is colder than here and I see no reason why we should not have them in our waters.

''They are in the Med, which isn't too far away and so I see no reason why they shouldn't be spotted here, particularly off the coast of Cornwall where there is an abundant supply of seals, their favourite food."

Richard Peirce, former chair of the Shark Trust, said that of 100 claimed encounters with great whites in UK waters, around 10 per cent are "credible".

Experts at the trust said: "British waters do provide good conditions for white sharks, so it's not impossible."

It comes after earlier this year a 17ft great white shark was tracked crossing the Atlantic ocean – becoming just the second of the sea beasts to do so.

Nukumi – who weighs 253 stone and is 15-years-old – was tracked by OCSEARCH travelling into the Mid-Atlantic Ridge.

The only other great white shark tracked making the crossing was Lydia, in April 2014, which stunned scientists with an epic journey to the coast of Portugal.

Her two-month voyage took her 1,700 nautical miles off UK shores – but despite the distance, scientists admitted she could have reached Britain.

Her tracker has not pinged again since the alarming discovery back in April, according to OCSEARCH.

Scientists believed the shark was on the move because she could be pregnant, and is looking for a place to give birth away from her aggressive male counterparts.

They believed she may have been heading to offshore islands or seamounts in the eastern Atlantic – perhaps the Azores.

Or she could have been heading towards the opening into the Mediterranean Sea, "as there are white sharks in the Med". 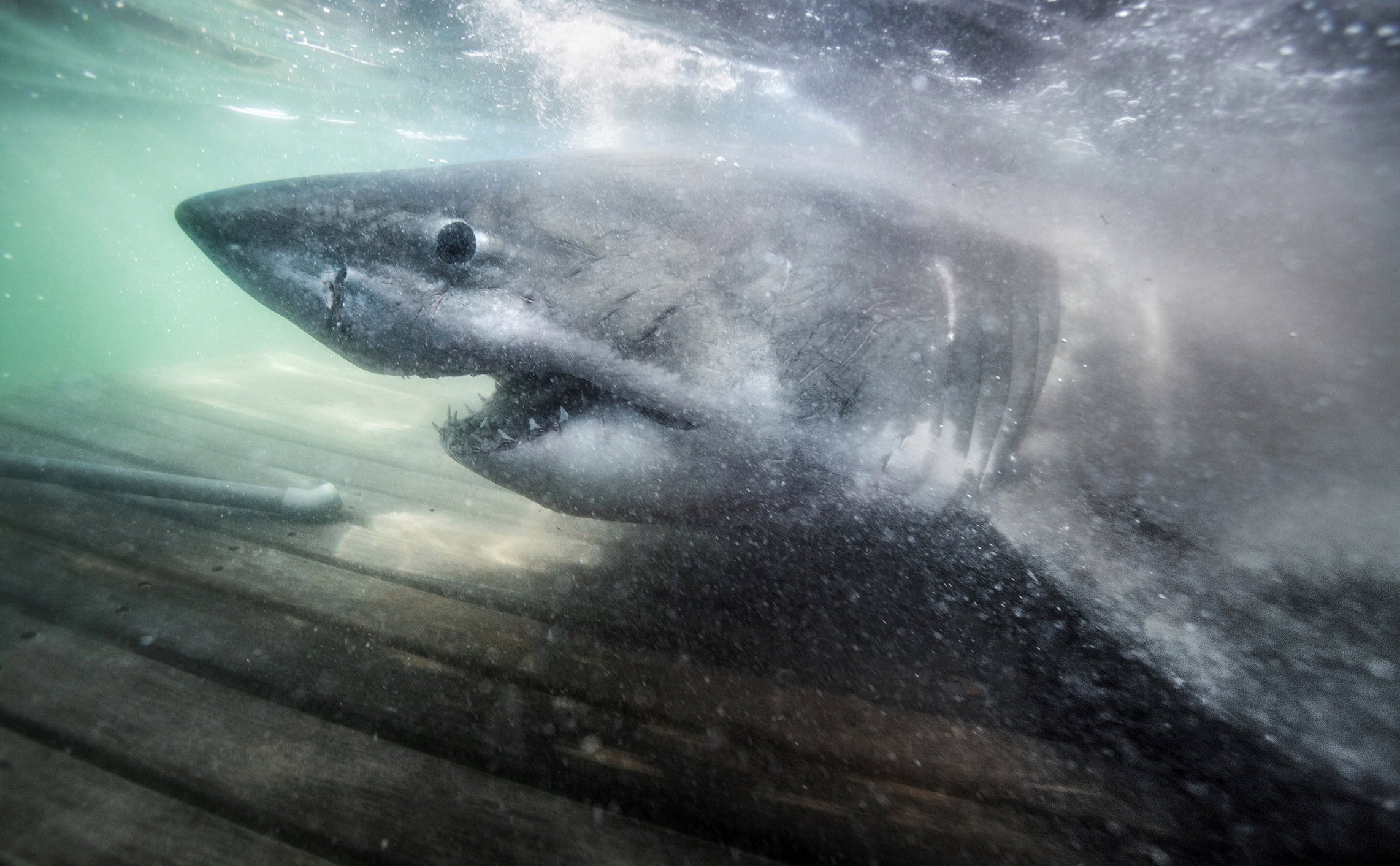