US Secretary of State Mike Pompeo announced the Trump administration will ditch the Intermediate-Range Nuclear Forces treaty within 60 days unless Moscow dismantles missiles that allegedly violate the agreement.

However, Russia’s president claimed the US has decided it “has to have these weapons”, prompting his country to “do the same” in response.

Russia will not provide. It will not kowtow to NATO. The Cold War days of watching piles of missiles burn are over.

The Kremlin professes to a desire to safeguard the treaty, and wearily laments the US rush to withdraw.

On Tuesday, the US had threatened to withdraw from a major Cold War treaty limiting mid-range nuclear missiles, demanding that Russia dismantle weapons it claims violate the deal.

But Vladimir Putin has responded to the threats with defiance.

He rejects the charge of non-compliance, arguing instead that the US is in violation because of the supposed dual-use capabilities of some of its European-based missile launchers. 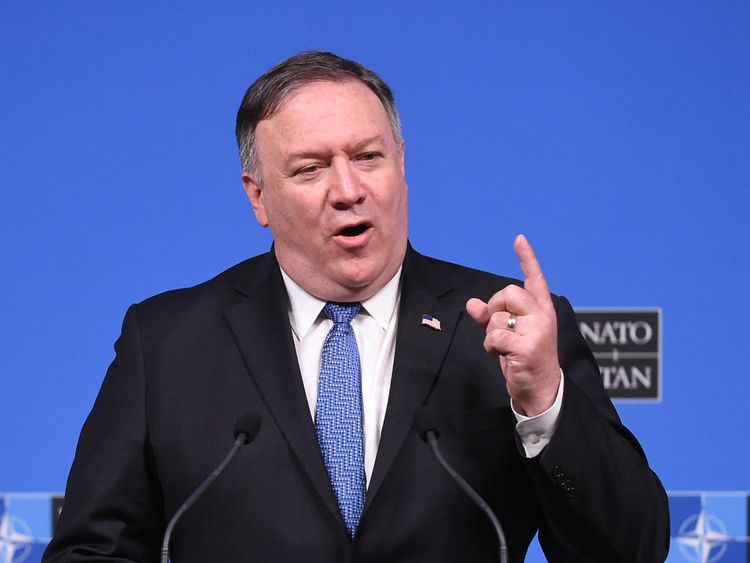 Last Friday, the US director of national intelligence Dan Coats outlined for the first time the specifics of the Russian violation.

This is worth explaining – so bear with me.

This is the first time since the Obama administration first claimed a Russian breach that we have seen this level of data with regard to Russian weapon testing.

Coats said Russia had flight-tested the Novator-9M729 missile to distances over 500km from a fixed ground-based launcher.

Such a test would be under the terms of the treaty – if there was no intention to keep the missile ground-based.

Russia then tested it from a mobile launcher – which could be anything as simple as a truck – to distances less than 500km.

Put those two together, and the Russians have ergo tested a medium-range missile from a mobile launcher – prohibited by the treaty.

One military analyst here told me it would be possible to fill the fuel tank with less fuel and it would travel less far.

For Russia, this is called following the letter of the law. For the US and NATO, it is breaking the spirit of the agreement.

Both sides are at loggerheads. Don’t expect either to budge.

The Kremlin has made absolutely clear since Donald Trump first announced he wanted out of the Intermediate-Range Nuclear Forces treaty that Russia would be obliged to place missiles pointing in Europe’s direction if the US placed missiles in Europe pointing in theirs.

His chief of the general staff, Valery Gerasimov, went further – reminding assembled military attaches that it would be the countries that facilitated US missile systems, and not the US itself, which would become targets in the event of a Russian response.

Romania and Poland – here’s looking at you.

Just 60 days to go. With continued intransigence and the limited lead-time that short and intermediate-range missiles provide, the world thereafter and Europe especially could become a considerably more dangerous place.