CARACAS/WASHINGTON (Reuters) – The White House warned traders on Wednesday not to deal in Venezuelan gold or oil following its imposition of stiff sanctions aimed at forcing socialist President Nicolas Maduro from power.

National security adviser John Bolton tweeted that traders should not deal in gold, oil or other commodities “being stolen” from the Venezuelan people, as opponents of Maduro’s government worried the government was surreptitiously moving to ship gold reserves abroad.

On one side of the tussle for control of Venezuela – an OPEC member with the world’s largest oil reserves but in dire financial straits – Guaido and Western backers led by the United States are insisting on an immediate transition and fresh elections.

On the other, Maduro, with backing from Russia, China and Turkey, says he will remain for his second six-year term despite accusations of fraud in his re-election last year and the economic meltdown.

Venezuela’s struggle to pay its debts even to allies Russia and China amid a sharp drop in oil output has been exacerbated by the new sanctions, which will make it very hard to sell oil to its main client, the United States.

In that context, the arrival in Caracas of a Boeing 777 plane from Moscow on Monday led to speculation that Maduro’s government was preparing to ship more gold reserves out of the country, following shipments of $900 million of gold to Turkey last year. That was part of a strategy to increase the central bank’s liquidity.

The flight, operated by Russia’s Nordwind Airlines, left Venezuela at 4:52 p.m., a Reuters witness said. Another Russian-operated flight, a Boeing 757 cargo plane, arrived at the airport an hour earlier via Cape Verde, according to publicly available flight data. There are no routine flights between the two countries.

Venezuelan lawmaker Jose Guerra, a former central bank economist, told the opposition-run National Assembly his understanding was that the Nordwind plane would take some gold reserves to Russia.

However, a source with knowledge of the movements said that despite the rumors, gold was not due to leave on either of the Russian planes. The bank did not respond to a request for comment.

Sources told Reuters that private military contractors who do secret missions for Moscow were in Venezuela last week.

The recently appointed U.S. envoy for Venezuela, Elliott Abrams, said Washington was looking around the world for more assets of the Maduro government, including gold holdings and bank accounts.

The Kremlin said this week it expected Venezuela to pay its debts. Russia, which like China has loaned and invested billions of dollars to Venezuela, called on Guaido to drop his demand for a snap election and instead accept mediation.

But given the failure of previous rounds of dialogue between the government and opposition, including one led by the Vatican, opponents are suspicious, believing Maduro uses them to quell protests and buy time. 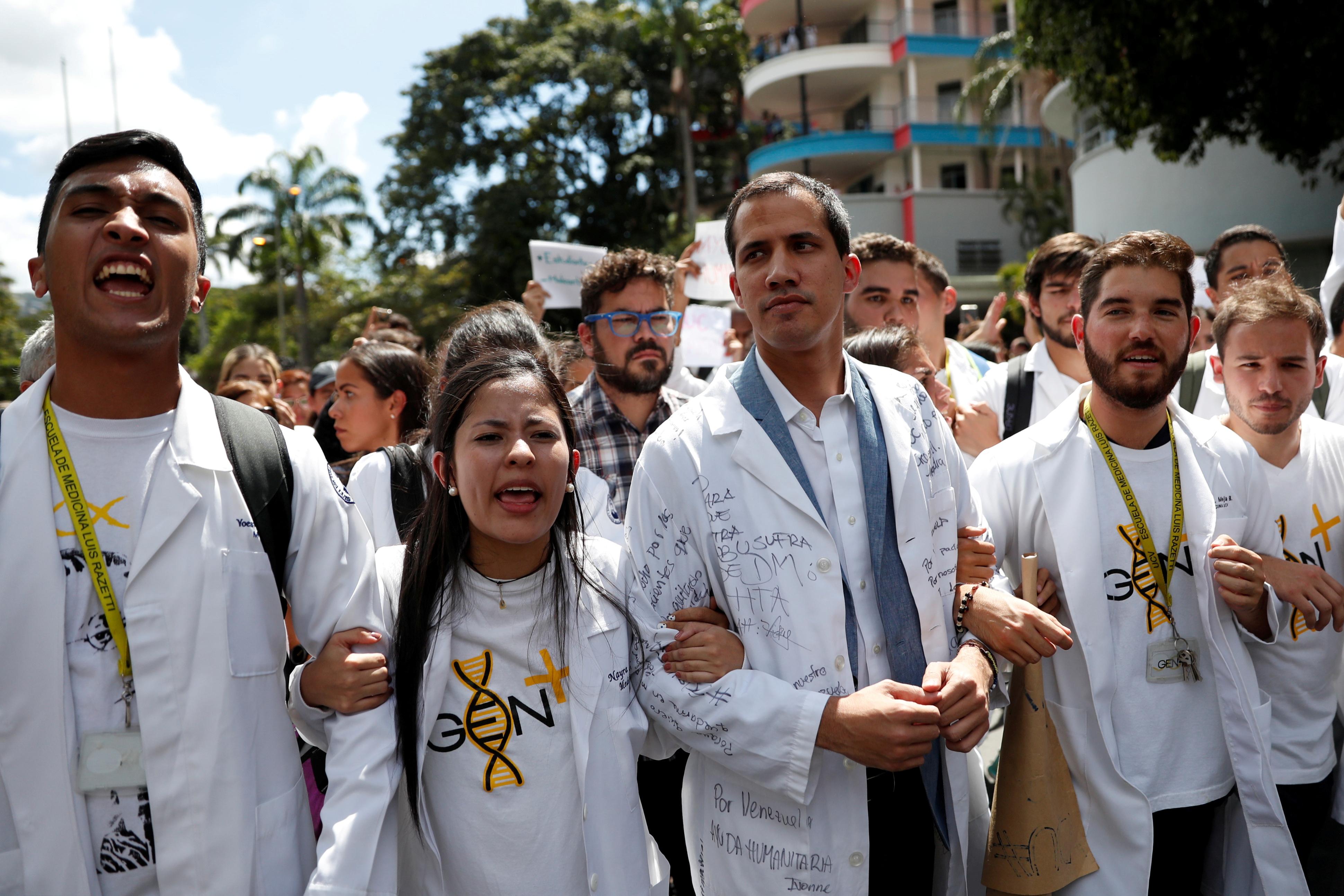 Guaido’s envoy to the United States, Carlos Vecchio, said the only dialogue they were interested in would be a negotiation for Maduro’s departure and new elections. Government officials insist the next presidential election will be in 2025.

Responding to a call by Guaido, tens of thousands of protesters took to the streets in cities across Venezuela on Wednesday, some waving Venezuelan flags while drivers of cars and buses honked in support.

“I want this government to go, it has been a total humiliation for the country,” said Lucy Cordoba, 51, a government worker in the poor hillside town of Petare at the edge of Caracas, the capital, where she said trash had not been collected for a year and water was scarce.

Cordoba said her children were among the more than 3 million Venezuelans who have left the country in the past couple of years. One went to Peru and another to the Dominican Republic.

More than 40 people have died so far in and around the protests that began a week ago, the U.N. human rights office said. Hundreds have also been arrested, including children. 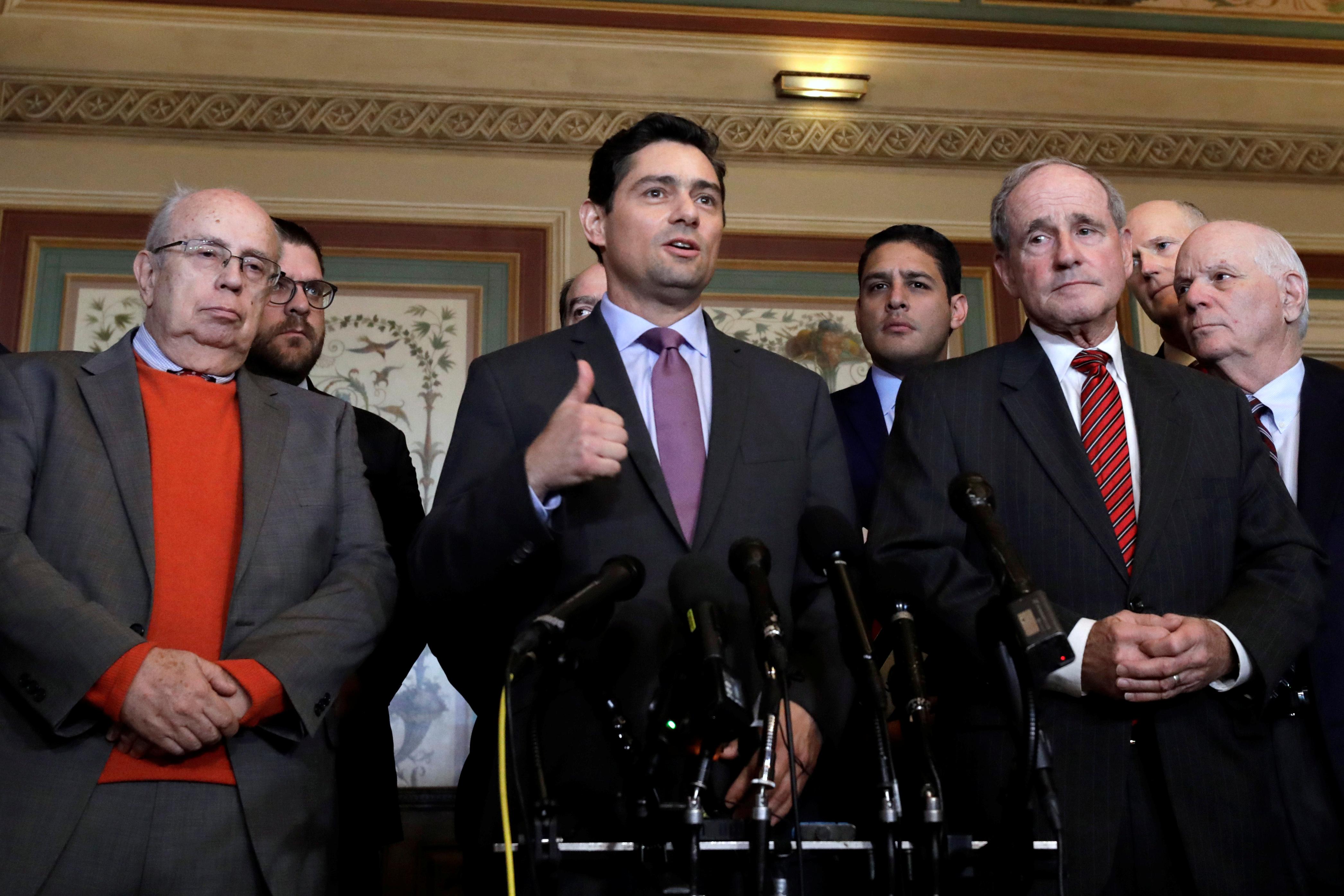 Bolton, the national security adviser, said he had a “very productive meeting” on Wednesday with the executive team of Citgo, the U.S.-based refining business of Venezuela’s state-owned oil firm PDVSA, two days after Washington slapped sanctions on PDVSA.

Wills Rangel, a board member of PDVSA, told Reuters the company was having problems unloading fuel imports because the sanctions were complicating payments.

Maduro, 56, says Guaido is staging a U.S.-directed coup against him. Maduro is not expected to stand down while he has the backing of senior military officers and has made daily visits to troops.

“Do you want to be a coward?” Maduro yelled in a call and response session with hundreds of soldiers on Wednesday. “No, president,” they shouted back.