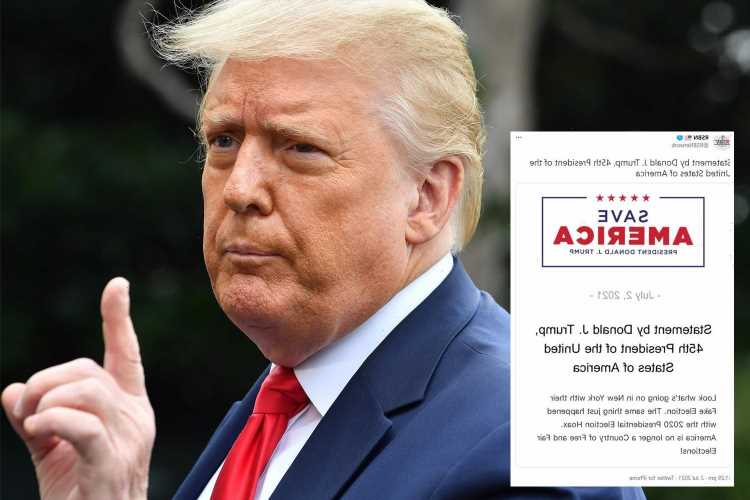 All three candidates who are still running in NYC's Democratic mayoral primary have filed legal actions after an embarrassing ballot glitch. 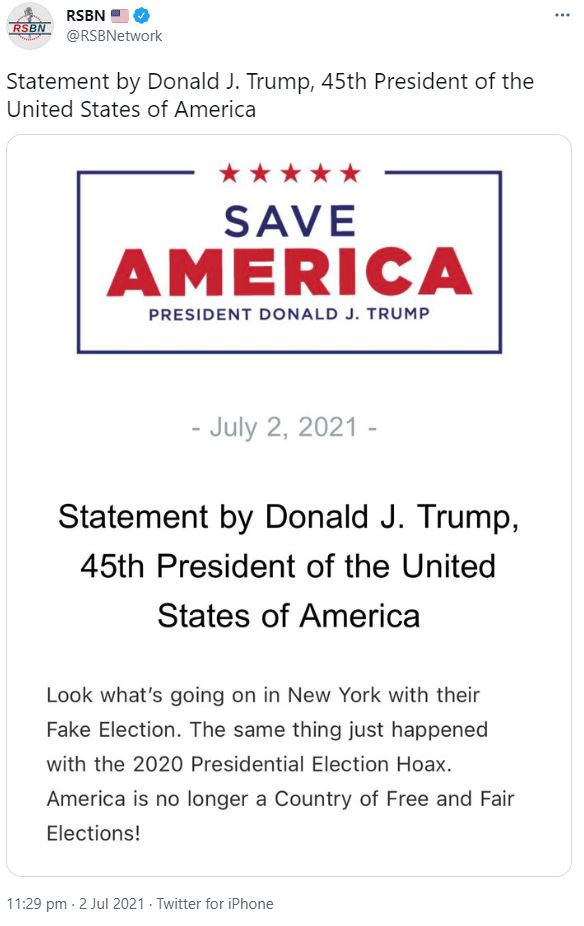 The Democratic primary for mayor of New York City has been thrown into a state of confusion as thousands of test ballots were mistakenly counted.

On Fox News, Tucker Carlson has also slammed the elections as "undemocratic chaos", adding: "It’s hard to overstate just how embarrassing this is."

NYC’s Board of Elections posted vote totals for the June 22 primary that erroneously included test data – but then retracted them.

Mr Trump seethed in a brief statement: "Look what's going on in New York with their fake election.

"The same thing just happened with the 2020 Presidential Election hoax.

"America is no longer a country of free and fair elections!"

He was referring to the huge blunder, where the vote count was corrupted by test data never cleared from a computer system.

His tweet came days after he slated the electoral process.

Mr Trump had earlier criticized: "It was announced overnight in New York City that vast irregularities and mistakes were made and that Eric Adams, despite an almost insurmountable lead, may not win the race," referencing the Democratic frontrunner for mayor. 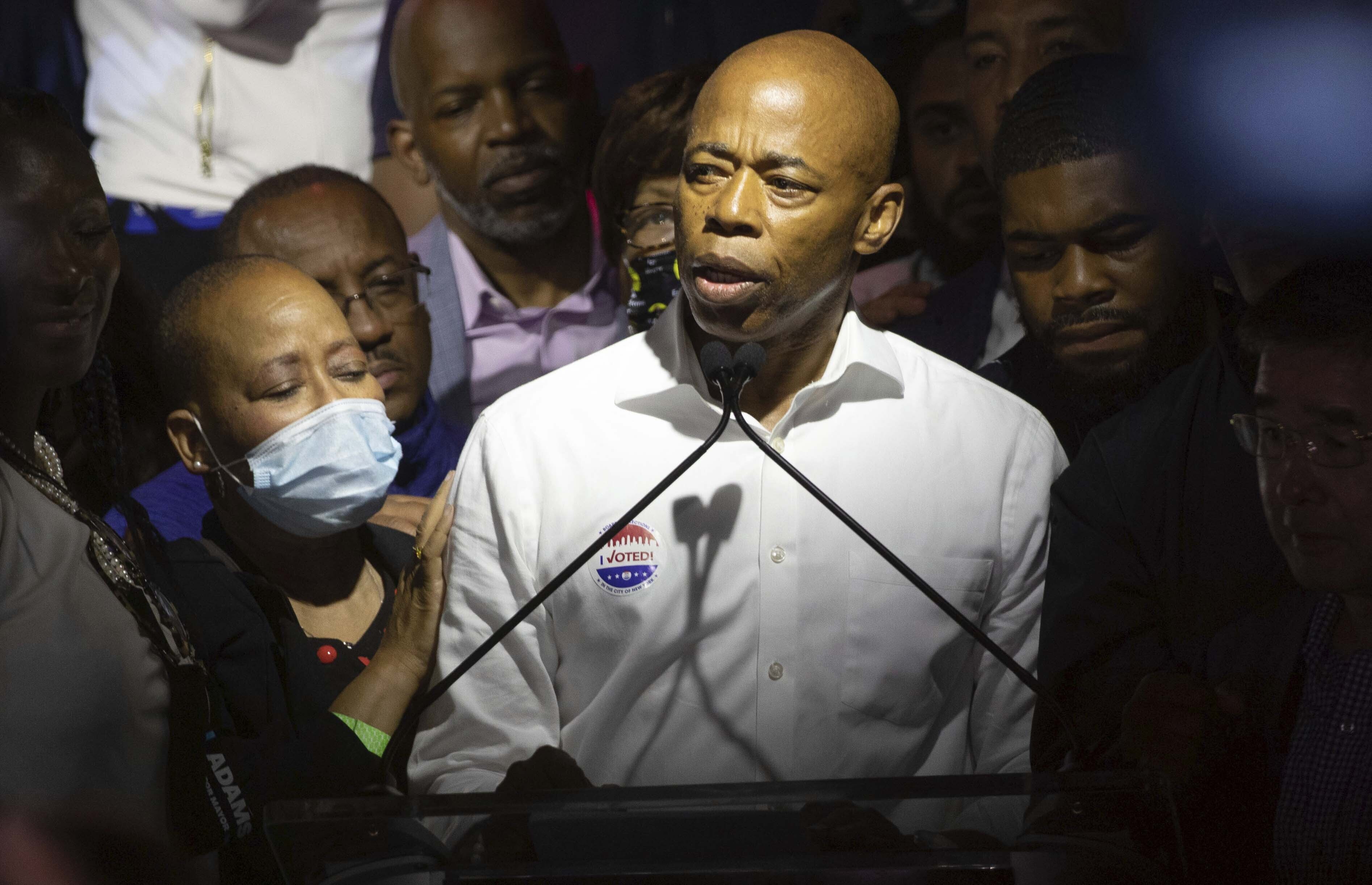 "The fact is, based on what has happened, nobody will ever know who really won," he continued.

"Watch the mess you are about to see in New York City, it will go on forever.

"They should close the books and do it all over again, the old-fashioned way, when we had results that were accurate and meaningful."

He was slamming the major bungle – the City’s first taste of ranked choice voting.

Trump has echoed worries that the city’s Board of Elections, jointly run by Democrats and Republicans, is unprepared to implement the new system.

The left-wing primary race was botched when Adams' campaign noticed the ballots on Tuesday before they were cleared from a computer.

That data had indicated that Brooklyn Borough President Adams, a former police captain who would be the city’s second black mayor, had lost much of his lead and was ahead of former sanitation commissioner Kathryn Garcia by fewer than 16,000 votes.

Then the Board of Elections tweeted that it was aware of "a discrepancy" in its report on ranked-choice voting results.

But it didn’t initially explain what that discrepancy was, even as it pulled the data from its website.

None of the other 13 Democrats on the mayoral primary ballot were close enough to catch up.

All three candidates who are still in the running have now filed legal actions, seeking the right to review the ongoing ranked choice vote tally.

Wiley filed a lawsuit in Brooklyn to preserve her right to challenge the election results, and asking for all of the ballots that were “cast or attempted to be cast” to be saved.

In a statement, the New York City’s Board of Elections said that 135,000 ballot images it had put into its computer system for testing purposes had never been cleared.

"The Board apologizes for the error and has taken immediate measures to ensure the most accurate up to date results are reported," it read.

The results were initially released and then withdrawn – but they were incomplete to begin with because they didn’t include any of the nearly 125,000 absentee ballots cast in the Democratic primary.

With Adams’ thin lead, Garcia or Wiley could catch up when absentee ballots are added starting on July 6.

The winner of the Democratic primary will be heavily favored over Republican and Guardian Angels founder Curtis Sliwa because Democrats outnumber Republicans in the city by seven to one. 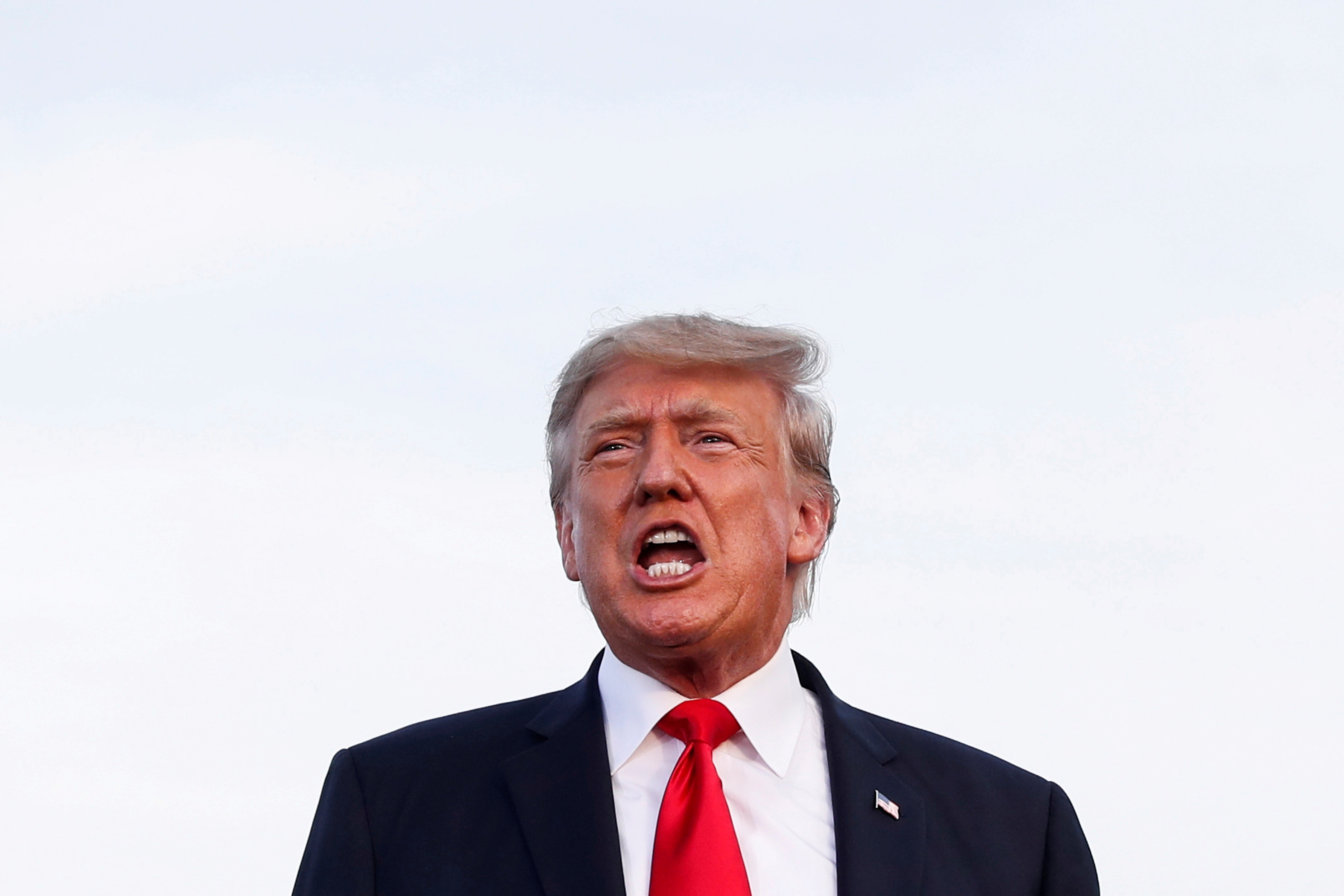 Trump's statement about the botched count repeated claims that last year's presidential election was a "hoax", after previously branding the 2020 vote as "the big lie".

This was in relation to a litany of baseless assertions of political corruption, machine tampering and mysterious votes appearing out of nowhere that allowed Joe Biden to 'steal' the election.

Yet no concrete proof of election fraud was ever made public.

And no election was stolen from Trump – allegations of massive voting fraud were refuted by a variety of judges, state election officials and an arm of his own administration’s Homeland Security Department.

His campaign’s lawsuits across the country were also thrown out of court.

The continued probes into election fraud have been branded as "ludicrous" by Cindy McCain, widow of the late Arizona Senator John McCain.

Trump moved to Mar-a-Lago after leaving the White House in January.

The former president has reportedly set up an office and has been working out of the Florida resort since.