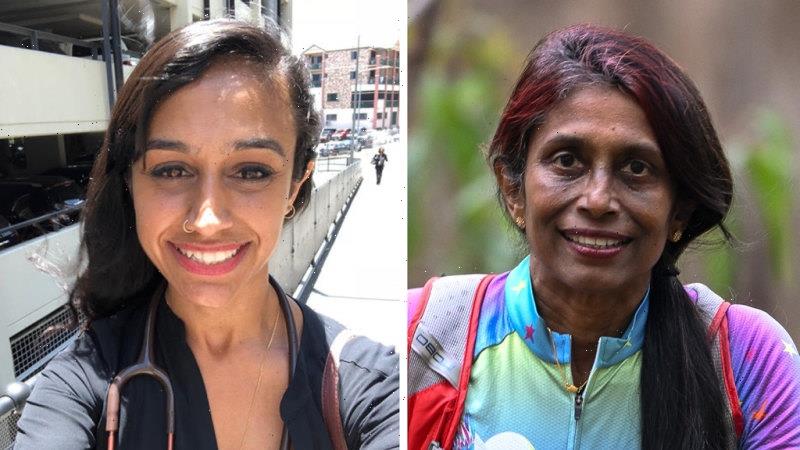 Indrani Tharmanason has a treasured image of her daughter Tash, smiling as she took a selfie with a stethoscope on.

It is the only image she has of Tash in professional mode, snapped on the day of her first shift as a doctor. 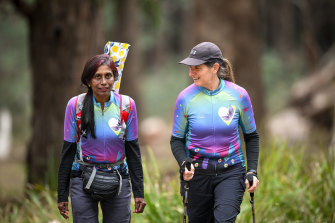 Indrani Tharmanason lost her daughter Tash, a doctor, to depression and suicide. Now she wants other young medical workers to receive better support. She is walking the Coast Trek in a team called ‘Travelling with Tash’.Credit:Eddie Jim

“She was overjoyed that first day of work,” says Tharmanason. “She didn’t [usually] take selfies, but I’m so pleased she did. It’s the only photo I have of her with a stethoscope around her neck, and I know what it meant to her.”

Tash was 28 when she experienced such intense depression and anxiety about her career that she chose to end her life in June 2020.

Tash Tharmanason rarely took selfies, and her mother, Indrani, has only one image of her daughter with a stethoscope around her neck – which Tash took on the day she graduated from medical school in Melbourne.

She was feeling isolated from her close-knit family, her mother says, having moved to Mildura to work in a pediatric ward, and was highly stressed by the fear of not getting accepted into specialist pediatrics training.

University of Melbourne data shows one in five medical students reported suicidal ideation in the preceding year, and half of junior doctors experience “moderate to high levels of distress”. And that was before the pandemic ramped up stress to extreme.

Tash’s depression and her suicide death are not unusual among trainee doctors, according to those trying to better support them.

Psychiatrist Professor Patrick McGorry, executive director of Orygen Youth Health and co-author of a 2018 paper on depression and suicide in the medical profession, said suicide rates of young women were rising much faster than other groups, “and female doctors are a subset of that”. 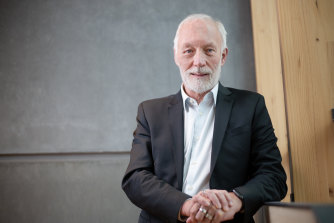 Professor Patrick McGorry says the intergenerational cycle of “traumatic” years in which young doctors cannot live a balanced life must be broken.

“Medicine and law professions are very harsh on women and people in the apprenticeship model,” he said. “It’s the culture of the profession. [Suicide] has been an issue, but it’s only recently that people have been able to speak out.”

He said the early years of a young doctor’s career were often traumatic as they struggled to balance long working hours and the need for intensive study. “[They] just don’t live for, maybe, 20 years,” he said. That intergenerational cycle must be broken if young doctors’ mental health was to be improved, McGorry said.

“When things like this happen it really rocks everyone,” she said. “You’re always waiting for the next person who is going to end their life, there’s just so many pressures and so many stresses.

“I’m not saying suicide is especially caused by medicine, it [professional stress-based mental health issues] doesn’t end in suicide for all of us, but there’s clearly something wrong in our profession, and so many of us are suffering in silence.”

There are “at least a few” suicides of young doctors each year, but the subject is “often swept under the carpet and not given the attention it deserves”, she said.

“People are not listening to the problem and putting money where it is needed, it’s like [they think] ‘Oh, we’ll get more staff – we’re going to magically make staff appear’,” she said.

The St Vincent’s hospital group director of pre-vocational education and training, Dr Jessica Green, confirmed there was often a spike in anxiety among junior doctors near the time applications for specialist training were due. She said it was also important to reduce excessive overtime demands and stamp out bullying to protect the mental health of those working in medicine.

“Beyond Blue research has shown all junior doctors experience a high level of mental health issues compared with the general population, even if you compare them to other professionals in a somewhat demanding position, there’s something very unique about the medical environment which creates this situation,” said Green, an emergency physician.

“We do know that women tend to be affected more than men … acknowledging the problem is a big part of [addressing] it.”

Indrani Tharmanason, who is walking in the Coast Trek to raise money for Beyond Blue, wants more supervision and mentoring for junior doctors.

Dr Hashim Abdeen, chair of the AMA Council of Doctors in Training, agrees more should be done to support doctors like Tash Tharmanason.

“There is a lot of talk about wellbeing … but we still haven’t seen tangible changes [to facilitate] people not getting affected by burnout and junior doctors contemplating suicide,” he said.

Abdeen’s group is lobbying for legislative change to require hospital boards to protect the psycho-social safety of healthcare workers (as South Australia has introduced recently); for psychological safety to be embedded into standards of hospital accreditation; and for a co-ordinated, system-wide approach.