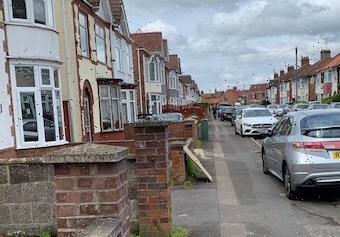 A "DISTRESSED" mum whose son was stabbed all over his body "can't stop crying" following the horrific ordeal.

The nine-year-old boy was repeatedly stabbed as he was walking with his brother in Peterborough- and well-wishers have now raised £2,400 for his recovery. 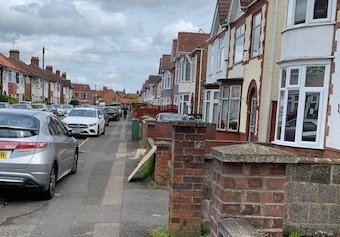 A friend of the victim’s devastated mum said that the boy's recovery will be long and hard – for both him and the family.

The person who has launched a £10,000-target fund to help him in his recovery told the Sun Online: "His mum is so distressed, she is feeling bad and can’t stop crying.

“I have set up the fund to help them with everything.

“His recovery will be quite long and his mum will not be able to work and she has an older son to look after."

The raising page, which is a quarter of the way to its goal, said that the "little hero" deserves to enjoy his childhood again after the ordeal.

All the money raised will go towards the kid's recovery process and to support his family.

So far well-wishers, touched by the tragic attack, have raised over £2,400 in just a few hours.

The boy, who cannot be identified, was attacked on Saturday afternoon in Peterborough, Cambs.

The nine-year-old was only saved by the coat he was wearing, a court heard yesterday.

He was left with blood pouring from his face and arms as locals rushed to help the injured youngster slumped in the street.

Faisal Khan, 24, appeared before Peterborough Magistrates yesterday morning charged with attempted murder and possession of a knife in a public place.

Khan from Peterborough was remanded in custody to appear at Cambridge Crown Court on May 24.

The boy was initially taken to Peterborough City Hospital with life-changing injuries.

He was later transferred to Addenbrooke's Hospital in Cambridge, where he remains in a stable condition.

Khan was arrested at his home on Saturday night, initially on suspicion of assault causing grievous bodily harm.

A woman who lives at the house the bleeding boy collapsed outside said he was a "brave little soldier."

She told The Sun Online: “There was so much blood pouring down his face you couldn’t see his tears.

"He had been cut from near the nose across the lip and on the head  by a point or blade. I was horrified.

“His brother was in a complete panic and ran home to get his mum while we called the police and ambulance and helped calm him.

“I sat him on my low wall at the front of the house and put a blanket round him and kept telling him that help was on the way and that he was going to be OK.

"He was an absolutely brave little boy. He was so cute, no one deserves that."