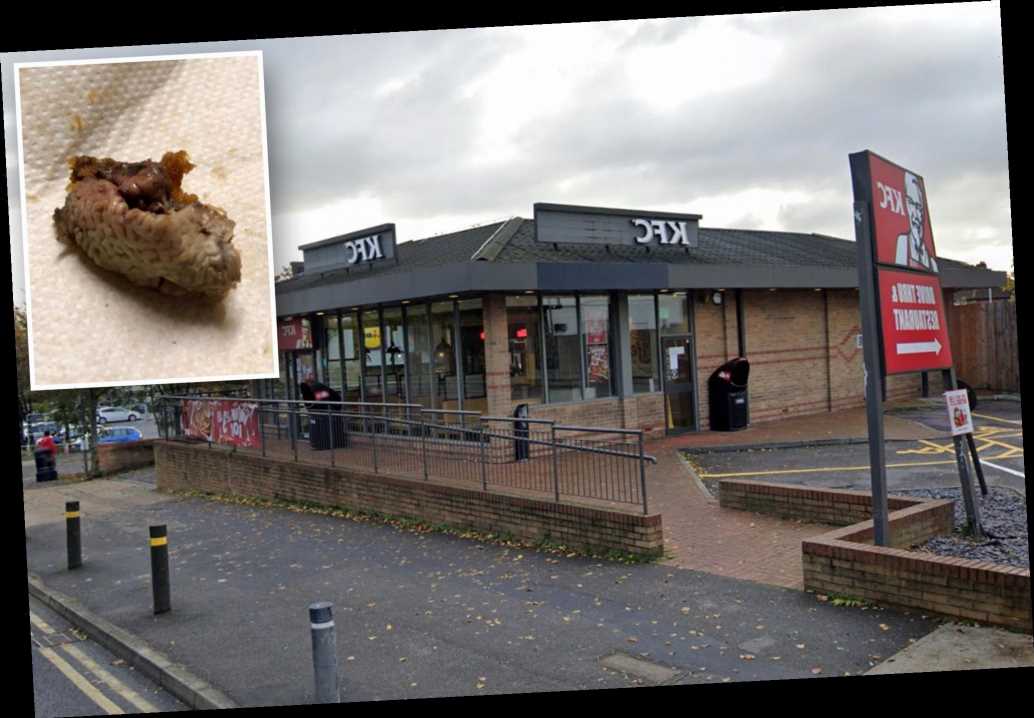 Burger King, Wendy’s are the latest to enter chicken wars

KFC set to revamp menu as battle with Popeyes heats up

A repulsed UK mom says she found a deep-fried “chicken brain” in her KFC family bucket meal that made her swear off the fast-food joint forever, according to a report Thursday.

“Straight away I panicked. I was in pure disgust,”  Rebecca McLoughlin, 23, told My London news.

McLoughlin — who posted the stomach-turning image online — ordered the to-go lunch from a branch in the Harrow section of London with her family on Tuesday and was “sickened” when she bit into one of the pieces.

The chunk of chicken tasted strange —  no bones about it, she said.

“One of the pieces I bit into didn’t taste right,” she told the outlet. “Then I started picking at it and discovered a brain-like piece in the chicken.”

She and her son immediately stopped eating and she snapped a photo of the suspicious dark matter then called the restaurant chain to complain.

“My initial thought was, ‘Don’t throw the piece away’,” she said. “Everyone stopped eating and went looking for the receipt.”

She later posted the image online to warn locals about that food at the branch wasn’t the breast.

The post prompted others to complain that they “had the same experience” and “always feel unwell” after eating grub that appeared to be neither fish or fowl.

But a rep from KFC insisted the brain-like flesh was “natural,” according to the outlet.

“Hands up! This doesn’t look great, but it looks like a natural part of the chicken to us,” the rep said.