A disgraced detective who told an undercover officer that he wanted to rape an 11-year-old girl because he was ‘into young’ has been spared jail.

Former Detective Inspector Dominic O’Brien, 52, had resigned from Sussex Police in 2006 over similarly explicit exchanges sent to the widow and 15-year-old daughter of a crime victim.

Lewes Crown Court heard O’Brien was snared in 2017 by an undercover officer in an online chatroom who was purporting to be the mother of a young girl.

Prosecutor Richard Barton said: ‘He said his name was Dom. She said she was a 32-year-old woman with 11-year-old daughter. He said he was “into young.”

‘In the typed conversation with the operative he said he would “do both of you”. He asked if the 11-year-old had any friends and if she was a virgin.

‘There was a sexual, explicit conversation about what he wished to do to the 11-year-old.’

O’Brien was traced by his computer IP address and arrested in December 2017. 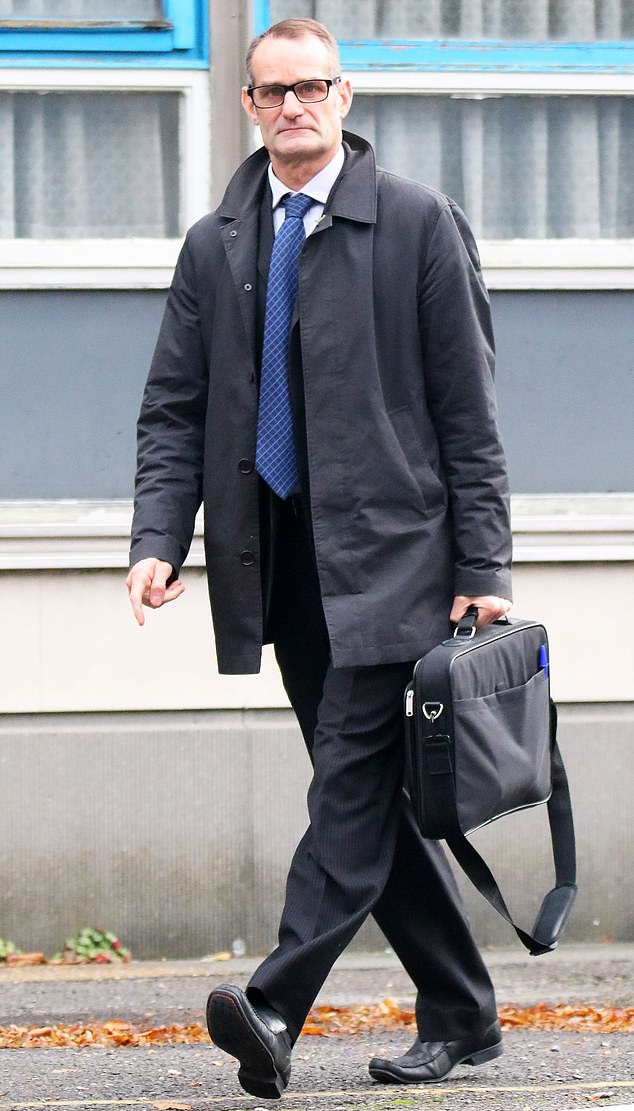 Former Detective Inspector Dominic O’Brien, 52, had resigned from Sussex Police in 2006 over similarly explicit exchanges with a 15-year-old girl and her mother

In a prepared statement to police, O’Brien said he never had any intention of committing a sexual offence.

Mr Barton described an ‘aggravating feature’ of O’Brien’s conduct was his suspension from Sussex Police in 2003 after coming into contact with the mother and 15-year-old daughter of a crime victim.

The senior officer bombarded the schoolgirl with messages and later confessed the sexual fantasies to her mother after warning the girl not to tell her about him.

He resigned from Sussex Police in 2006 after his text messages were revealed.

On Tuesday, Judge Mark Van Der Zwart gave O’Brien a six month jail sentence suspended for 18 months for his online contact with the police operative in 2017.

The judge said: ‘You pleaded guilty to attempting to publish an obscene article about the sexual abuse of an 11 year old girl. You asked to chat in private online rooms. That person was in fact a police officer.

‘You told her you wanted to meet her and her daughter and precisely how the mother should assist you in how to rape the child. This was not pure fantasy to begin with.

‘Anyone who discusses with another person about raping a small child and accepts it was not a fantasy at the beginning commits a serious crime.’

O’Brien was also ordered to to 200 hours community work, 20 rehabilitation days and pay a victim surcharge and £450 costs.

O’Brien, of Steyning, West Sussex, pleaded guilty to attempting to publish an obscene article on August 30, 2017.