A MAN has been charged with assault after he allegedly punched a disabled veteran four times after he remarked about his girlfriend not wearing a mask.

Cody P. Hansen was arrested on Saturday and accused with attacking the man on July 18 at a hotel in Kent, Washington. 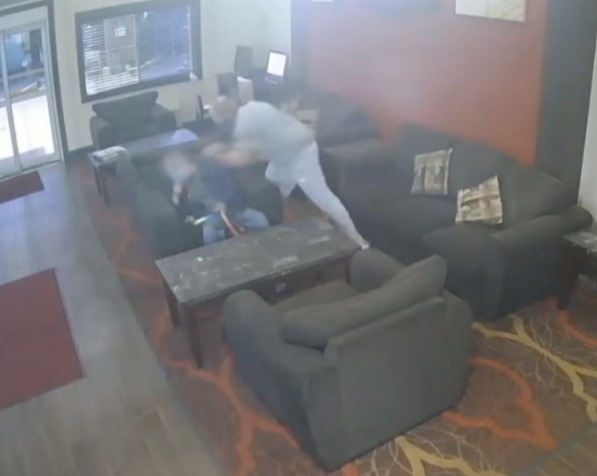 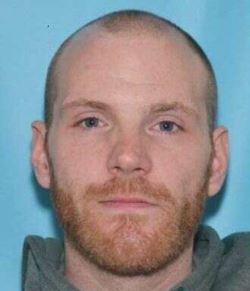 The 35-year-old allegedly repeatedly punched the 72-year-old and left him unconscious as he sat in the lobby of the Red Lion Inn and Suites.

He was left with a broken jaw and a cornea abrasion after the horrific attack.

CCTV video appears to show the moment the veteran, who was sat with his walking stick and a small dog, is attacked by the thug.

Police have said the man in the video has been identified as Hansen.

The elderly man is said to have made a comment about Hansen's girlfriend not wearing a coronavirus face mask – sparking the confrontation.

Video shows a man all in grey walk down a long hallway and arrive in the lobby, immediately going to confront the senior citizen.

It appears words are exchanged before the standing man punches the masked veteran in the side of the head.

He then strikes him again as the disabled man takes a swing at him with his walking stick in an effort to defend himself from the onslaught.

The man then punches him twice more in the jaw, leaving the senior slumped over in his chair. 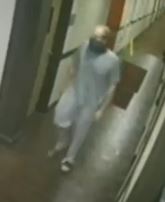 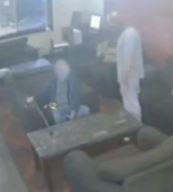 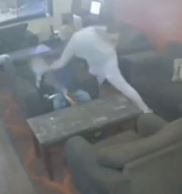 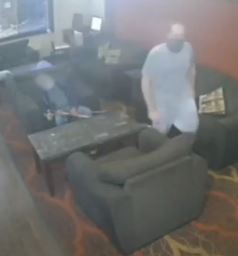 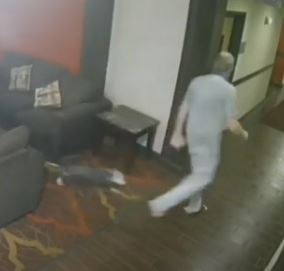 Video shows the victim's dog barking and running after the thug as he marches off down the corridor.

The pooch then returns to the side of the older man who sits reeling from the assault.

Hansen – who is 6ft tall and 220lbs – was alleged to have left the hotel on foot after the attack and was picked up by his girlfriend.

He was already subject to an outstanding probation warrant out in Alaska for dangerous drug charges.

His criminal record shows nine arrests in Alaska since 2006 – with his most recent arrest in 2018.

Spokane Police received an anonymous tip on Friday as to Hansen's whereabouts and arrested him on Saturday.

His bail has been set at $10,000 for the assault arrests after the vicious attack.

He has been charged with assault at the second degree after leaving the man with substantial bodily harm.

Hansen remains in custody in Spokane County Jail and will be transported to King County.