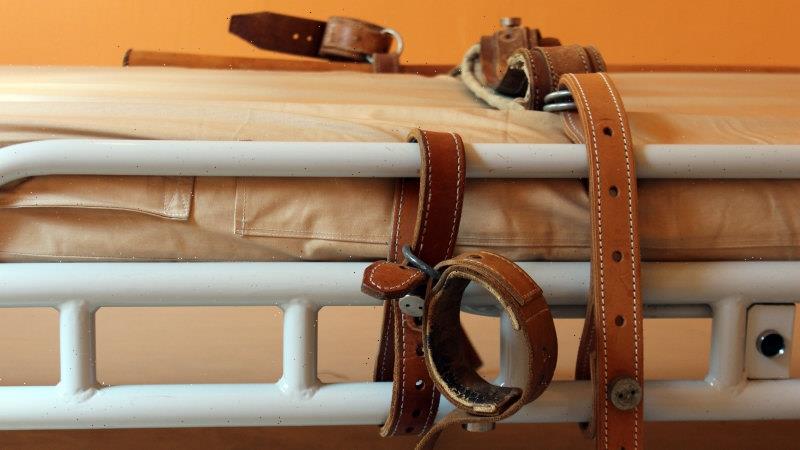 A major Australian hospital has admitted to keeping a young disabled man shackled in four-point restraints for five months because there was no alternative treatment or supported accommodation available.

Potential human rights breaches have been raised after the hospital, which cannot be named for legal reasons, was forced to admit it had kept the man continuously shackled to his bed after a support worker alerted the Office of the Public Advocate and sparked an urgent investigation.

One of the country’s top barristers, Ian Freckelton, QC, who is acting as the public advocate in the matter, told a recent hearing into the man’s care that human rights issues were and might remain “very significant”.

“It does become apparent there have been significant difficulties in caring in a humane and safe way for the represented person,” Mr Freckelton said.

Documents show the patient had lived normally in the community and was highly regarded in his workplace before he suffered an unexpected medical condition that left him cognitively impaired.

In correspondence between the hospital and the Office of the Public Advocate seen by The Age, the hospital said the man was first placed in four-point mechanical restraints — where both a person’s arms and legs are tethered — in May as his “medical condition worsened”.

At the same time, the patient was being prescribed five different medications. 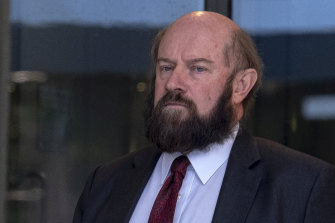 In its explanation to the Office of the Public Advocate, the hospital said that due to the adverse effects of the man’s brain injury, it needed to protect its staff from his violent outbursts.

But the Office of the Public Advocate, an independent body that works to protect the rights of people living with disability, said mechanical restraint for that purpose alone was likely to constitute a breach of human rights.

“The use of 24/7 four-point restraints … is unlikely to be justifiable by reference to occupational health and safety law alone and is likely to constitute a breach to [the man’s] human rights,” its report read. “A person’s will and preferences can only be overridden if it is necessary to do so to prevent serious harm to the represented person, not serious harm to others.”

The man’s plight came to light in August after his National Disability Insurance Scheme support worker contacted the Office of the Public Advocate, telling investigators she believed the man had been held in mechanical restraints continuously since May.

Documents show the support worker told the Office of the Public Advocate that during her visits with the man, he was so heavily sedated he was unable to hold his head up.

Chemical restraints were later found to have also been used, documents show.

A recent hearing into the man’s care heard he was eventually removed from four-point restraints in late September, after the public advocate became involved, as the hospital was attempting to help facilitate the man’s move to supported disability accommodation.

“We hope that that situation can be maintained until the date he goes to the [accommodation],” Mr Freckelton said.

In correspondence with the Office of the Public Advocate, the hospital said it had obtained consent from the man’s mother for medical treatment decisions, including the use of mechanical restraints.

But documents show the mother later told public advocate investigators that she was not consulted about their use, nor the use of any type of restraint.

Counsel for the hospital, Deborah Foy, told the hearing the man could now go outside; four staff members were in charge of his 24-hour care.

“There simply wasn’t available a facility that could support the [patient] in the manner that he needs to be supported. Had this facility been available, we’d not be sitting here today … the situation would not have evolved as it has,” Ms Foy said.

“Largely due to the pandemic, it became very difficult to contact [the man’s mother] in relation to medical decision-making and advise her of what was happening.”

It is not the first time a lack of adequate disability support accommodation has been raised this year.

In July, a state coroner was told a disabled man died after his health declined when he was moved between regional cities in search of available supported residential disability accommodation.

All options were exhausted, with none suitable to support his complex needs, and he was placed in a rooming house that was unable to monitor his medication, despite the man being on an NDIS plan.

An inquest into the 47-year-old’s death heard that those who knew him believed there was nothing suitable in the state for his high needs, which included chronic schizophrenia and a cognitive impairment.

Both cases will return to hearings later this year.