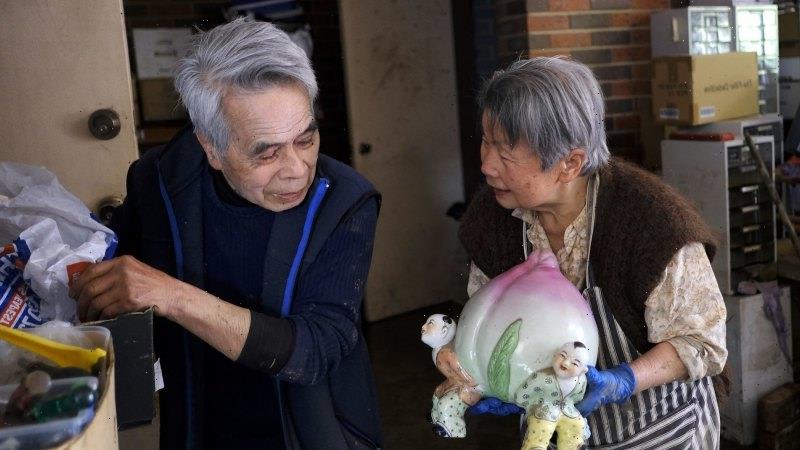 Aged in their mid-80s, Sue and Hon Louey move slower than they used to and they are hard of hearing.

But that hasn’t stopped them from working 16-hour days since the Maribyrnong River swelled and brought floodwaters rushing into their two-storey Clyde Street home on Friday, swallowing their cars and climbing about a metre up the walls of the ground floor. 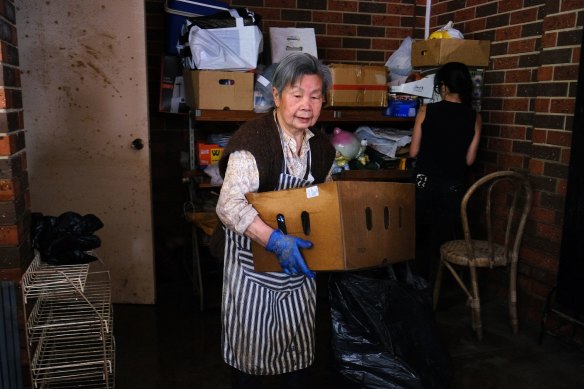 Furniture and decades-old possessions are piled up in front of their property, much of it difficult to distinguish with the same thick, brown mud coating each object.

On Monday, Sue and Hon, who have not left their home since Friday, were busy carrying boxes and sorting through shelves with help from two of their three children to see what belongings survived.

The ground floor housed the rumpus room, garage and storage, meaning it was where many family mementos, collected over five generations, were being safely kept.

Sue and Hon both migrated to Australia from China as children, but Sue’s grandfather first came to Victoria during the gold rush to work and send money back home. 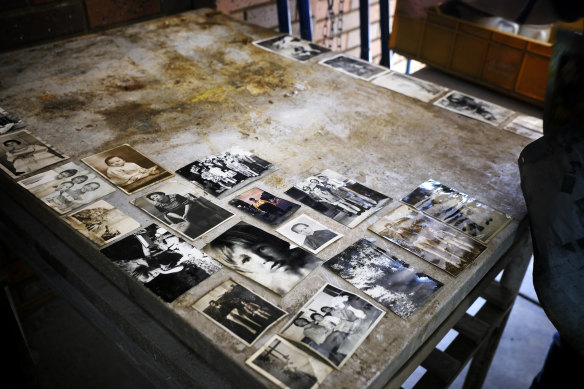 Family photos are laid out to dry after being removed from drenched photo albums.Credit:Luis Enrique Ascui

Sadly, an old leather suitcase, thought to belong to Sue’s grandfather, had to be thrown out. And a 1970s Ford Falcon 500 may never hum again.

But family photos, many from last century and in black and white, were gently peeled out of sodden photo albums to dry out and salvage. Traditional Chinese crockery was also washed down with a hose.

“We’ve lost a lot but we’ve saved some things too,” their daughter Monica said.

More than 240 homes were flooded in Maribyrnong on Friday. Many victims have chosen to temporarily move out during the cleanup, but Sue and Hon have refused to leave their house of almost 40 years. They continue to sleep on the second level, where most of the living spaces are. 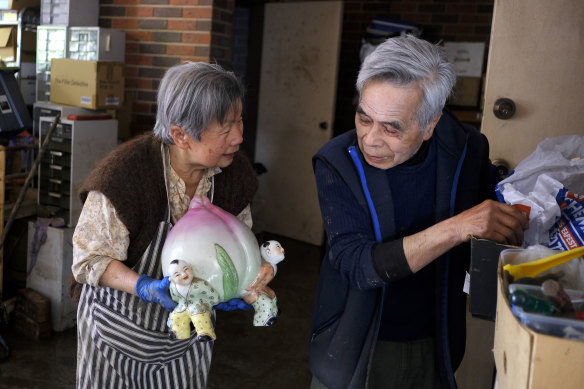 Sue and Hon Louey have been working every day for up to 16 hours since the floods hit on Friday.Credit:Luis Enrique Ascui

Their children said they were worried about them living in the damaged property, but they understood why they stayed.

“We’ve offered to move them because it’s dirty, smelly and they don’t have hot water, but they don’t want to go,” Monica said. “It’s their home. You have to respect what they want. Their priority right now is to restore their home.”

Their son, Mark, added:“It’s emotional but mum and dad are safe, that’s the main thing and they decided to stay here.”

Mopping up a flood-ravaged home is a gargantuan task at any age, let alone when you’re aged 83 and 85, but it’s entirely in Hon and Sue’s character to be working so hard with the clean-up. 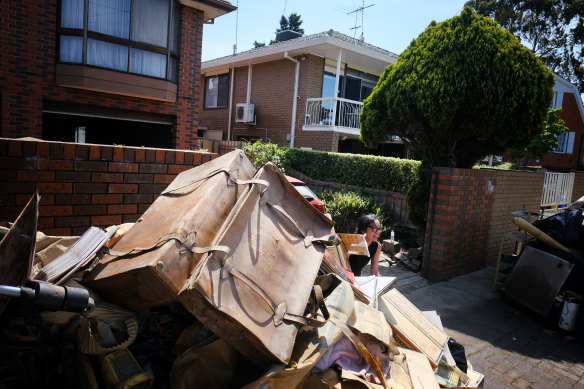 The leather suitcase sits on top of a pile of dumped possessions that didn’t survive.Credit:Luis Enrique Ascui

Monica said that, despite having ample support on offer, her parents “don’t know how not to work”. They have run restaurants and until a few years ago operated a laundromat.

“Pretty much as long as they can remember, they have worked. They worked as children and through their adult lives,” Monica said.

“So even though it’s not a very sensible thing to do at their age, to get them to rest is almost impossible.

“They’re very resilient people, they’ve been through wars, they’ve experienced hardships throughout their lives and they came to a country not being able to speak the language.” 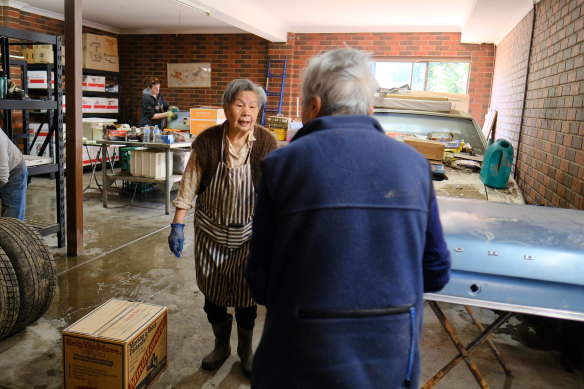 Sue and Hon Louey have lived in the Clyde Street home for almost 40 years.Credit:Luis Enrique Ascui

Mark agreed. “That’s just mum and dad. That’s what they do, they can’t sit still for a second even though they’re in their 80s. It’s just in their nature.”

If they are feeling physically sore, you wouldn’t know it. Sue and Hon are not ones to complain.

Still, having only just gotten back on their feet after dealing with COVID-19 isolation and grief over the deaths of close friends and family, this latest tragedy is devastating.

“We’re upset and worried about what’s next to come,” Sue said.

When The Age visited, an ice cream truck stopped by offering free treats. Sue said she was grateful for all the help she and Hon were receiving.

Pat Ardino, who lives in an unaffected part of Maribyrnong, didn’t know the Loueys before Saturday yet he has been at their house every day since to help them. For him, the couple is deeply inspiring.

“Their attitude is so positive,” Ardino said. “At their age they could just sit and do nothing but they’re out here, slowly persevering and getting the job done.” 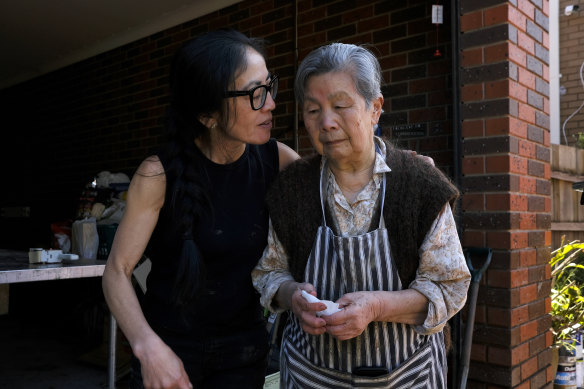 “Not too many 80-year-olds could do all this. I think my parents are amazing people.”