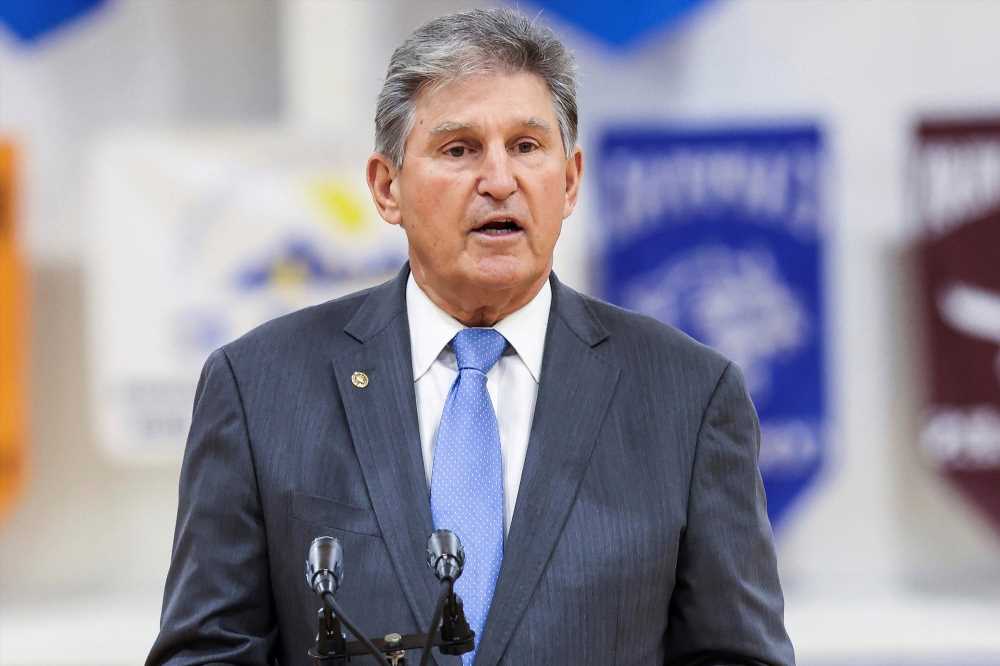 Get ready for a full-scale Democratic civil war

Progressives get vicious with Joe Manchin because he has principles

Get this: a Democrat who puts nation’s needs before his party’s obsessions

When West Virginia’s Joe Manchin closed the door on eliminating the legislative filibuster this week, promising not to “weaken or eliminate” the 60-vote threshold, he “dashed” the “dreams” of Democrats, according to The New York Times.

Hypocrisy is nothing new in Washington, but it takes a preternatural shamelessness to have participated in over 300 filibusters, as Democrats did in the past few years, and then one day turn around and treat the procedure as an odious racist relic that threatens “democracy.”

But this is an emergency, norm-breakers will tell you. Isn’t it always? Sen. Jacky Rosen, after a quick reversal of position, told The Washington Post she would nuke the procedure only “in the case of protecting democracy.” Of course, if we adopted the Democrats’ evolving standard of “voting rights,” then we’d be forced to treat every election before 2020’s free-for-all as illegitimate.

If Democrats truly believe that voter-integrity laws in Georgia or Texas are unconstitutional and a threat to democracy, they should take those states to court, where these issues could be adjudicated, rather than trying to upend the system in a power grab.

“We do need to start testing this idea that the filibuster promotes bipartisanship,” Sen. Chris Murphy told the Times. “I would hope that everyone is open to having their theories proved wrong if they don’t have evidence to prove their theories right.”

It’s not a theory. The fact that the filibuster has, for now, put an end to unilateral partisan efforts in passing generational reforms only highlights the value of the filibuster. Democrats are now compelled to find Republican votes if they want to remake the nation’s laws.

Or not. Doing nothing is tacit bipartisan compromise as well. Sometimes the ideological chasm is unbridgeable, and a gridlock becomes the healthy, organic state of a sharply divided government.

That’s why we have states. What Democrats want is the unfettered ability to compel those states to live under “reform” bills passed by the slimmest majorities in the shortest of windows. What Murphy wants is for the voters of Connecticut, who have strict gun-control laws, to overturn the will of voters in Texas, who do not.

Allowing reforms to be instituted without a national consensus isn’t only potentially authoritarian, but it also generates instability. Each time a new party takes power, it will either reverse course or pass its own set of comprehensive reform bills that half the country doesn’t want. The legislative filibuster is doing exactly what it should be — preserving a semblance of federalist governance.

Now, I don’t know if Manchin is taking a principled stand or a politically expedient one, and it doesn’t really matter. Without question, he’s taken the consistent position.

A recent Morning Consult poll found that, overall, voters supported the filibuster by a 21 percentage-point margin “when it was framed as an existing mechanism.” But when given a choice of supporting a simple 51-vote majority or a 60-vote threshold, they favored the former by seven points. So, it’s clear that many voters have no clue why the filibuster exists or even what it does. Which is why Democrats have been able to effectively demagogue the issue.

As with nearly all objects of left-wing animosity, the filibuster, a counter-majoritarian mechanism used in various ways in almost every liberal nation, has been transformed into a tool of “white supremacy.” This accusation is meant to chill debate and to slander, by implication, anyone who supports it.

Well, anyone who supports it now. Democrats not only liberally employed the filibuster, but also they championed it. And not just during Jim Crow days, but during the Bush and Trump administrations. And the anger thrown at Manchin this week is being leveled by the very same people who would have a collective emotional meltdown had Republicans broken long-standing norms and unilaterally rammed through partisan “reforms” during the Trump years.

Republicans could have done it. As NBC’s Sahil Kapur helpfully noted recently, Donald Trump, who now says eliminating the filibuster would be “catastrophic for the Republican Party,” asked them to do it. What reporters rarely note, however, is that former President Barack Obama, President Joe Biden, Senate Majority Leader Chuck Schumer, Majority Whip Dick Durbin and 32 Democratic senators who signed a letter in 2017 imploring Mitch McConnell to preserve the “existing rules, practices and traditions” that remain bulwarks against majoritarian bullying are also all cynical partisan hypocrites.