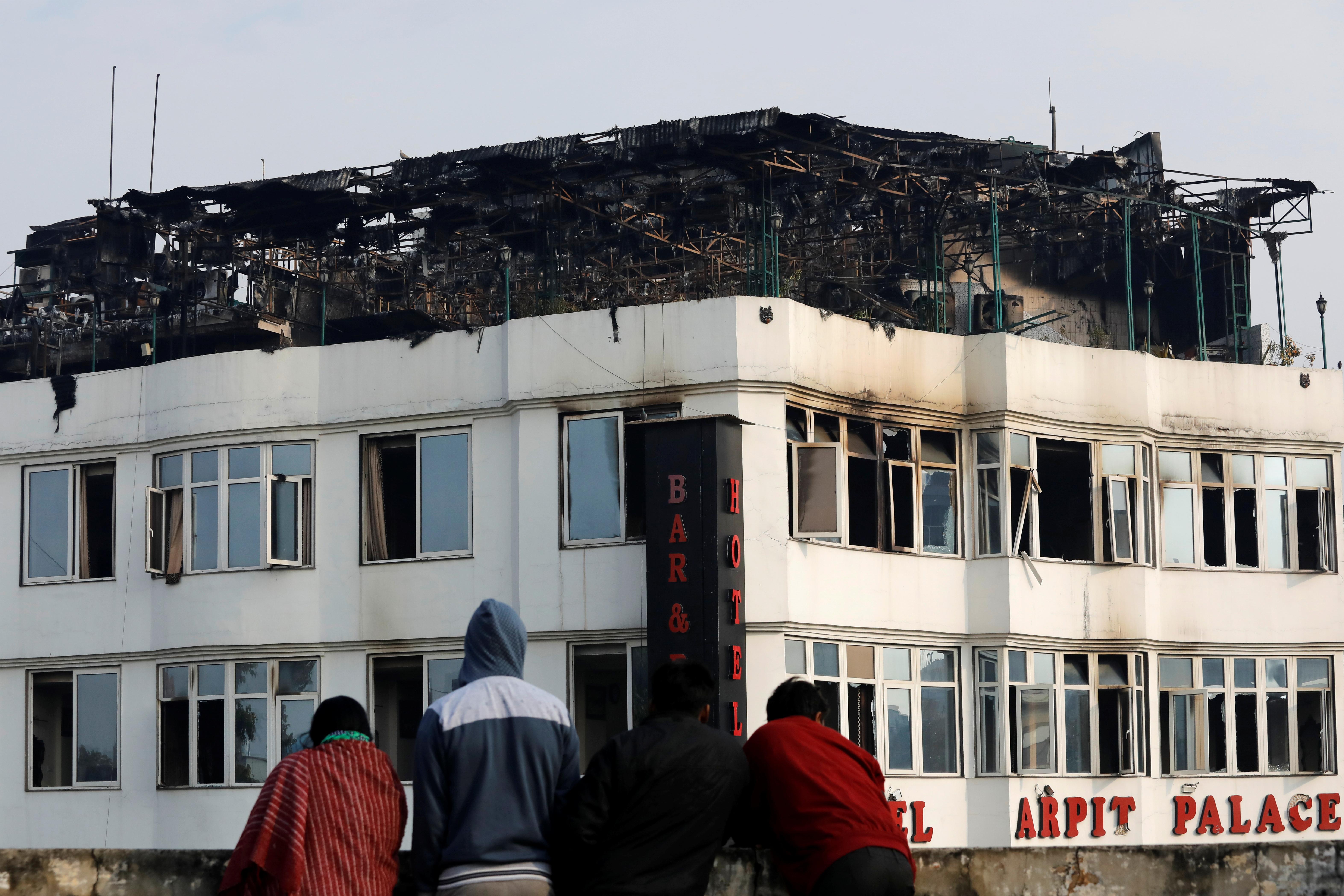 Frequent raids by civic authorities to enforce building codes, fire safety measures and evacuation procedures have failed to curb violations in a rapidly expanding city of more than 18 million people.

“Seventeen people are no more, they died because of suffocation, not fire,” said deputy fire chief Virendra Singh, adding that 35 people had been rescued.

Most of the victims were sleeping when the fire broke out, believed to have been caused by a short circuit, media said.

The dead included a woman and a child who had tried to escape by jumping from a fifth-floor window of the 65-room hotel in the shopping district of Karol Bagh, some of which had been booked by a wedding party.

Television showed pictures of flames leaping from the top floor. Those staying in the hotel included a group of tourists from Myanmar, broadcaster NDTV said, adding that authorities were trying to ascertain their whereabouts.

“There is a clear case of negligence here,” he added.

Even though the law limits construction only to four floors, the hotel had a fifth floor, like some other nearby structures, Jain said, adding that a kitchen and dining area on its top floor constituted another violation.

Reuters could not immediately reach hotel officials to seek comment.

Jain said hotel guests tried to flee through the hotel’s narrow corridors, paneled in wood. Some were unable to break through the windows of their rooms.

Canada refuses to pay for Prince Harry and Meghan Markle’s Vancouver security once they step down as full-time Royals (so...