A metre-long deadly eastern brown snake gave a homeowner the shock of her life when he popped his head out of the kitchen sink as she poured herself a cup of tea.

The woman, from Coromandel Valley, a south-eastern suburb of Adelaide, promptly called Snake Catchers Adelaide to remove the unwanted kitchen guest on Saturday.

‘I’ve got a snake in my kitchen sink, I can see it’s head but it’s stuck and it can’t get out, can someone please come and get it out I don’t want it in there,’ the women told the snake catchers. 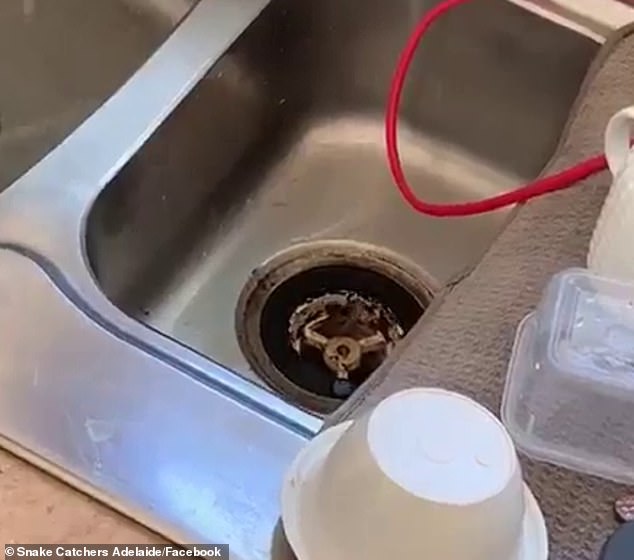 In a video shared online, the snake’s small head is seen popping out of the plughole before quickly retracting.

Snake catcher Max came to the rescue, removing the sink’s pipe and taking it outside.

The snake showed no interest in slithering away and Max was forced to unscrew the pipe to get him out.

Wielding a hook, Max latches onto the snakes slithering body before displaying him to the terrified owner.

Max said the snake was average size, to which the homeowner quickly rebutted: ‘For your sink, probably not’. 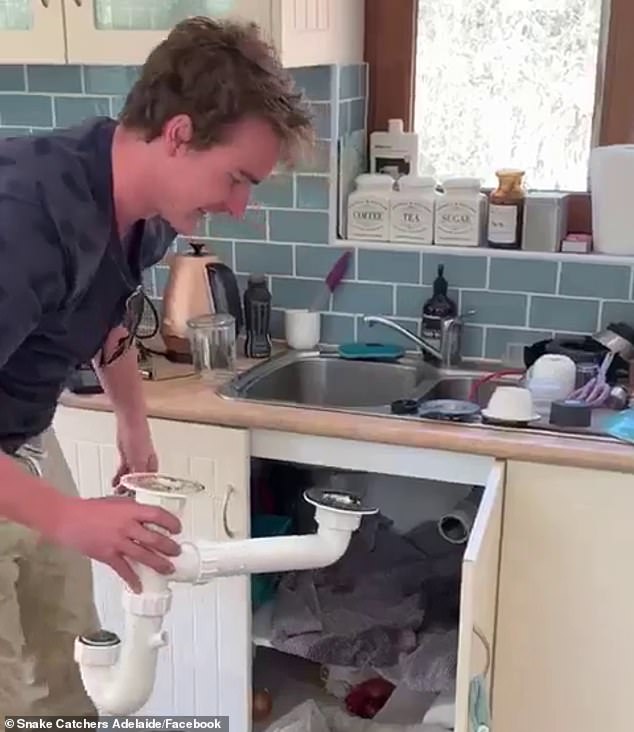 The videos were met with an influx of comments on Facebook, with users labeling the instance ‘just another day in Australia’.

‘Straya, where you can die doing the dishes!’ commented one person.

‘I’m not washing dishes ever again it’s now someone else’s job,’ wrote another.

Ms Broadstock said a snake in the sink was ‘not a common occurrence’ in the city, but they had been met with other peculiar sightings.

‘I’d say over the last ten years we have had a blue tongue come up in a bath tub, a baby red belly was on a lady’s sink as she was washing up,’ she said.

‘We have had a small brown snake in a hand basin in a bathroom, a brown snake pop it’s head up whilst a lady was in the shower, and another recently where a young boy was on the toilet and a brown snake popped it’s head through the grid in the middle of the bathroom floor.’ 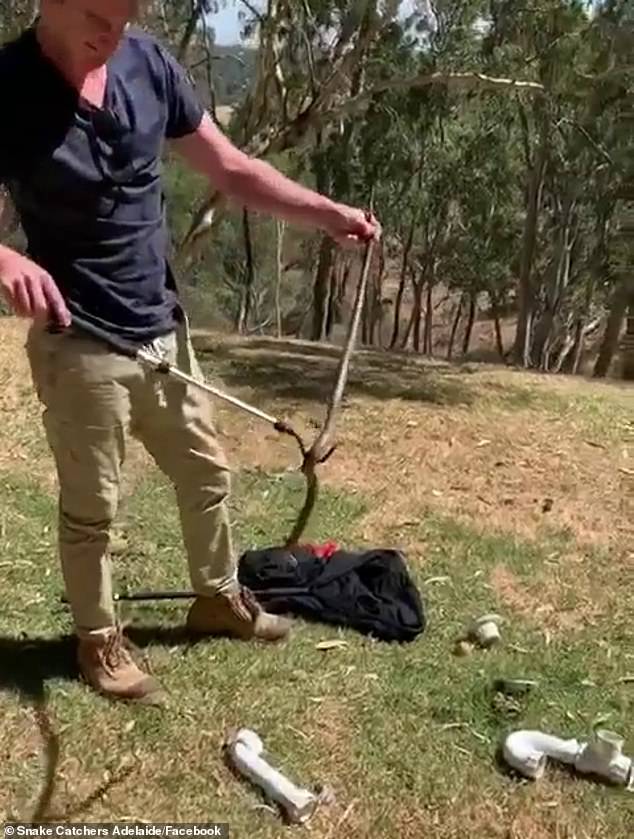 Wielding a hook, Max latches onto the snakes slithering body before displaying him to the terrified owner (pictured)

The findings served as a reminder for residents to keep an eye on their pipes and fixtures to ensure they aren’t broken, Ms Broadstock said.

‘Snake only need less than 5mm gap to get under as they can completely flatten themselves out,’ she said.

Ms Broadstock explained that Max was met with a few difficulties while trying to remove the snake.

‘At first Max took the grate off the sink to make the area bigger so the snake would come out,’ she said.

The snake began to come forward before changing its mind and darting back into the pipe.

‘This of course made the job harder for Max,’ Ms Broadstock said.

‘So he ended up undoing the pipe work and taking it outside, pulling it all to pieces to finally remove the snake and then put their kitchen sink back together.’ 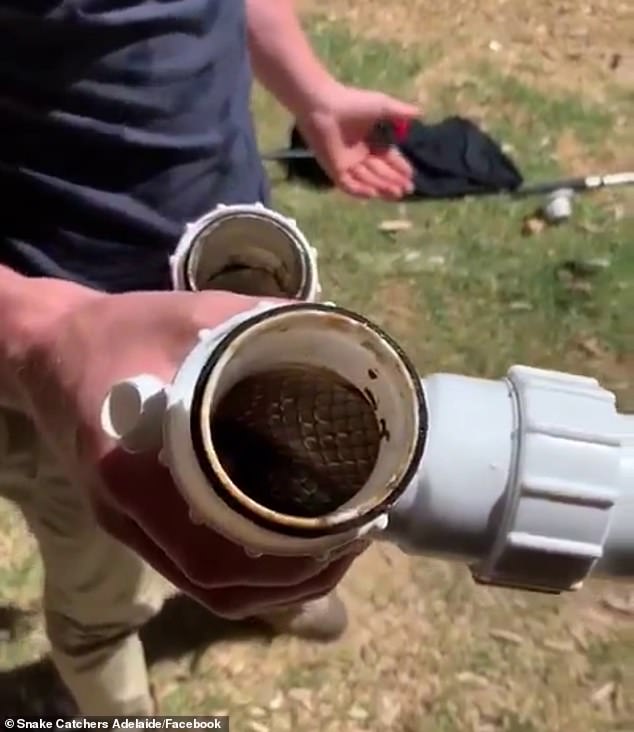