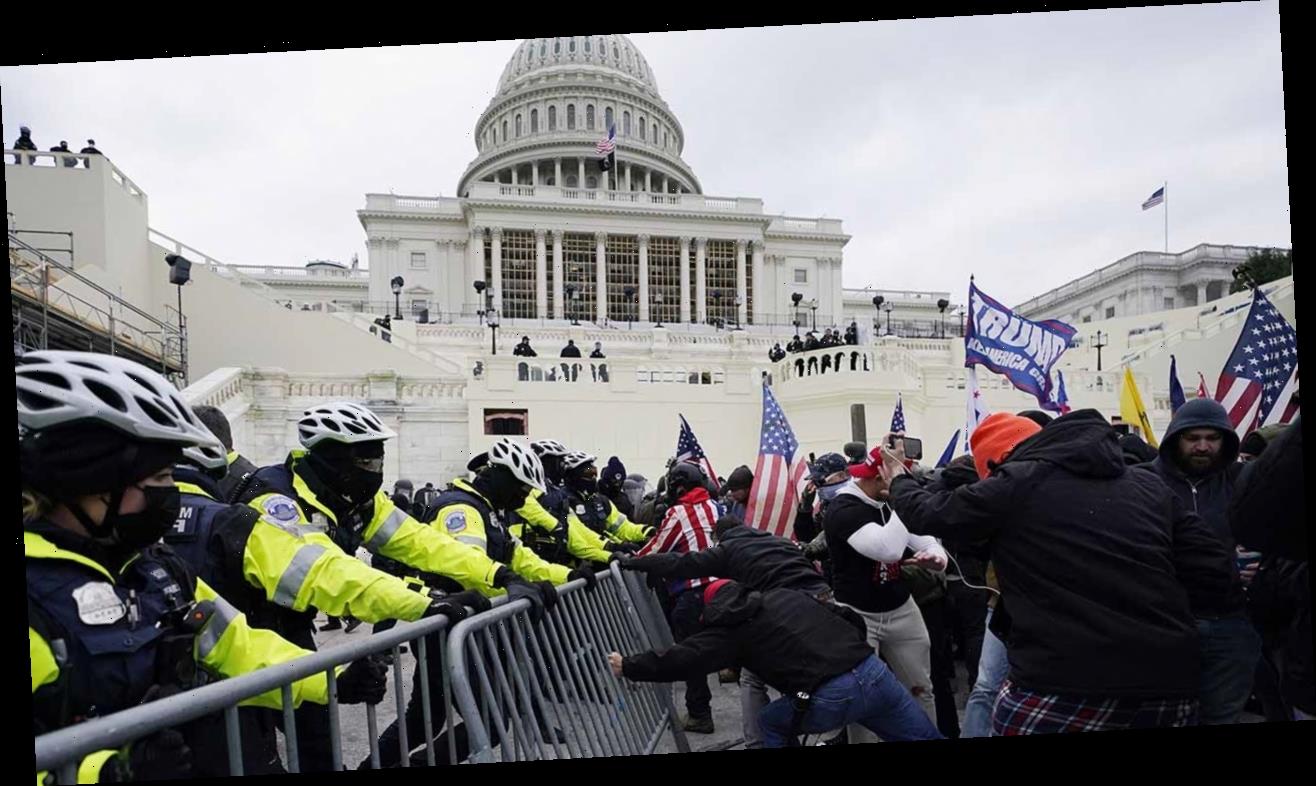 Contee, delivering testimony to the House Appropriations Committee, also described a “tepid response” from the Army, which he claimed was concerned over optics of having boots on the ground and was reluctant to send in D.C. National Guard, even as a violent mob overran the protective measures at the Capitol.

During the height of the incident on Jan. 6, approximately 850 Metropolitan Police Department (MPD) members were at the Capitol to assist U.S. Capitol Police, and by the day’s end, an additional estimate of 250 MPD members had been in the area to directly support the response and aftermath, Contee said.

He also said the department spent approximately $8.8 million during the week of the insurrection.

A total of five people lost their lives directly as a result of the Jan. 6 storming of the Capitol, including Capitol Police Officer Brian Sicknick, who died at the hospital the next day from injuries sustained while “physically engaging” with rioters. Additionally, two police officers — one with the D.C. Metro Police, another with U.S. Capitol Police — “took their own lives in the aftermath of that battle,” Contee said.

Contee identified Jeffery Smith, an officer with the Metropolitan Police Department (MPD), as the second member of law enforcement to take his own life after responding to the Capitol riot. 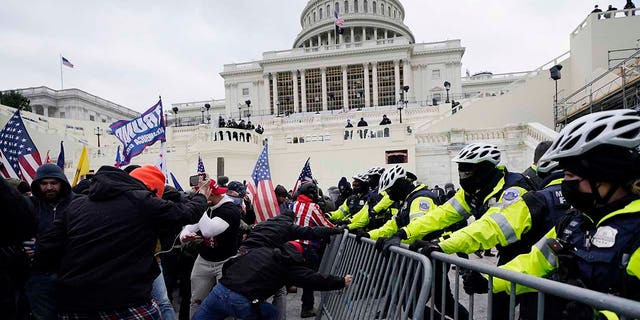 On Jan. 6, 2021, Trump supporters try to break through a police barrier at the Capitol in Washington. (AP Photo/Julio Cortez, File)

Smith was a 12-year veteran of the force assigned to patrol in the 2nd District, an MPD spokeswoman confirmed to Fox News.

Capitol Police had not initially released a cause of death in their statement first announcing his passing, but a family attorney previously confirmed to news outlets that Liebengood took his own life and had been on duty days earlier during the riot at the Capitol.

“We honor the service and sacrifices of Officers Brian Sicknick, Howard Liebengood, and Jeffery Smith, and offer condolences to all the grieving families,” Contee said Tuesday.

TEXAS MAN ARRESTED IN DC WITH UNLICENSED PISTOL, OVER 80 ROUNDS AFTER TELLING COP HE NEEDED INFO ON OVAL OFFICE

According to his testimony, 65 MPD members sustained injuries documented in injury reports, but many more “did not even bother to report” additional injuries from assaults that included scratches, bruises, eyes burning from bear mace.

“People around the country and the world were shocked and moved by the video of MPD Officer Michael Fanone being beaten by a crowd of insurgents, including one wielding an American flag, and of Officer Daniel Hodges in agony as he was crushed between a door and a riot shield,” Contee said.

“Their fellow officers at MPD and elsewhere are proud of their bravery in the face of this unprovoked and vicious attack. That bravery was matched that day by countless other unheralded MPD officers.”

Seven hours passed between the urgent call for help from the Capitol Police to MPD and the resumption of work by both houses of Congress, a time which “will be indelibly etched on the memories of every law enforcement officer who was on the scene, as it is undoubtedly in the minds of the elected officials, congressional staff, and other Capitol employees who were forced to seek safety behind locked doors,” Contee said.

At 12:58 p.m. on Jan. 6, former Capitol Police Chief Steven Sund — who has since resigned — first requested MPD assistance. A violent mob already overran protective measures at the Capitol in an attempted insurrection by the time MPD officers arrived at the West front, Contee said.

MPD platoons worked to stop rioters from entering the building and attempted to establish a perimeter, and, at 2:22 p.m., Contee, as well as leadership of the Capitol Police, D.C. National Guard and the Department of the Army, convened for a call to discuss the next steps.

“I was stunned at the tepid response from Department of the Army, which was reluctant to send the D.C. National Guard to the Capitol,” Contee told members of Congress on Tuesday.

“While I certainly understand the importance of both planning and public perception — the factors cited by the staff on the call — these issues become secondary when you are watching your employees, vastly outnumbered by a mob, being physically assaulted. I was able to quickly deploy my force and issue directives to them while they were in the field, and I was honestly shocked that the National Guard could not — or would not — do the same.”

Contee said he sought clarification from Sund if he was, in fact, requesting the assistance of the National Guard and then asked the U.S. Army representatives on the call if they were refusing to deploy the Guard to assist. Contee claimed: “Army staff responded that they were not refusing to send them, but wanted to know the plan and did not like the optics of boots on the ground at the Capitol.”

In the meantime, by 2:30 p.m., the District of Columbia had requested additional officers from as far away as New Jersey and issued a notice of an emergency citywide curfew beginning at 6 p.m. It took another three and a half hours until all rioters were removed from the Capitol.

Ninety minutes later, at 8 p.m., Congress was able to resume.