Warning to Aboriginal and Torres Strait Islander readers: This story contains images and references to a deceased person.

Legal advocates have called for critical reform to Victoria’s controversial bail laws, arguing the laws are the most discriminatory in Australia and have led to an explosion in the prison population.

The push for change to the state’s bail regime comes ahead of a Victorian coroner’s plan to call for an overhaul of the system, after finding cruel and inhumane treatment of Indigenous woman Veronica Nelson caused her preventable death in jail. 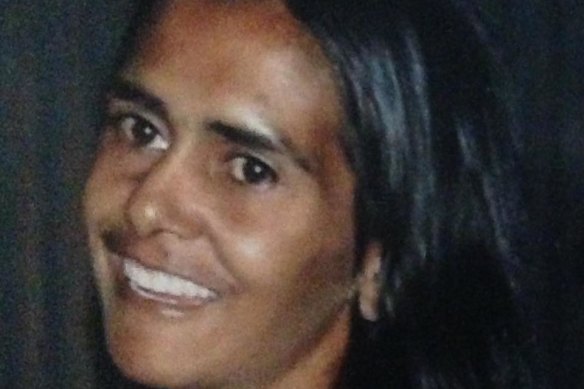 Veronica Nelson died in custody on January 2, 2020. Her family have given permission for her photograph to be used.

Coroner Simon McGregor’s plea for the Andrews government to improve the criminal justice system’s treatment of Indigenous Australians is contained in highly anticipated findings of the inquest into Nelson’s death.

Nelson was withdrawing from heroin and suffering from an undiagnosed medical condition when she was arrested on suspicion of shoplifting in January 2020. The 37-year-old was found dead in her cell at the Dame Phyllis Frost Centre, despite using the prison intercom system to buzz for help about 40 times.

Sources with knowledge of the confidential report briefed The Age and The Sydney Morning Herald on McGregor’s key findings and confirmed the coroner will use Nelson’s death to call for landmark changes to Victoria’s justice system.

The Andrews government amended bail laws in 2018 after six people were killed and dozens more were injured when James Gargasoulas, who was on bail, drove into crowds of pedestrians in Bourke Street.

The changes introduced new, higher thresholds for bail and placed the onus on an accused person to prove they were not an unacceptable risk to the public, as well as give a compelling reason or an exceptional circumstance as to why they should get bail. The reverse onus provision applied to a broader range of offences, including some repeat, low-level offences.

“We need a system which supports people to stay connected to their community, support services, housing and employment so they can address the issues in their lives that have brought them to court,” she said.

Victoria has among the toughest bail laws in Australia. The proportion of prisoners held on remand (when an accused person is charged but not given bail) has increased dramatically since the passing of stricter laws.

According to the Sentencing Advisory Council, in 2017 before the amendment to the Bail Act, 31 per cent of the prison population was unsentenced. By 2021, unsentenced prisoners had increased to 43 per cent.

“Victoria has some of the most dangerous and discriminatory bail laws in the country that are removing women from their families and funnelling them into prisons to be warehoused on remand,” she said.

“A brave Victorian government would stop propping up a system of cruelty by overhauling the state’s bail laws. This reform is critical and must not be delayed any further.”

In a submission to the Yoorrook Justice Commission, human rights organisation Liberty Victoria noted that in 2020, the rate for Aboriginal adults in custody was about 1837 per 100,000 Victorian Aboriginal adults, while the general adult imprisonment rate for Victorian adults was 135.

Liberty Victoria recommended the removal of reverse onus tests, so all bail decisions are made on the basis of unacceptable risk.

Law Institute of Victoria’s president Tania Wolff said the Bail Act should be amended so only those who pose a specific risk to the safety of another person or those who are a flight risk are denied bail.

Victoria’s bail laws were passed in the midst of a political climate of intense debate and commentary, which led to the 2018 Victorian state election being fought on law and order issues. Labor hailed the laws as the “most onerous” in the country.

Government sources said many senior ministers supported the reforms, but they conceded the government was reluctant to embrace change in the lead-up to last year’s election because of the sensitivity of law and order issues.

Minister Ben Carroll said on Tuesday the government would continue to look at ways to improve the bail laws and conceded they had more work to do when it came to incarceration rates of women and Indigenous prisoners.

“We’re always looking at protecting the most vulnerable, but also ensuring that those that break the law are held accountable,” he said.

“Unless the Victorian Labor Government addresses bail reform now, Victoria’s enduring legacy will be one of over-imprisonment and racial inequality.”

“They were a knee-jerk reaction to specific cases, and unfortunately they’ve resulted in people doing prison time who wouldn’t otherwise do prison time, and also people being held when their circumstances are so patently clear that they shouldn’t be held,” he said.

“The court has to apply these laws, and they do, but it causes great injustice, and great sadness to everyone involved in the justice system to see how it’s running.”

A Police Association spokesman said Victorians should not forget the reforms were introduced to safeguard the community from serious crimes committed by those who should have been in custody.

“Should the need arise in the future to consider minor reform, it needs to be balanced and considered against the needs of the whole of our community,” he said.

The Victorian Aboriginal Legal Service was contacted for comment.