Daley Thompson accuses British athletics of racism as he defends himself against claims he was ‘rude or difficult’, saying ‘negativity I received was because of the colour of my skin’ 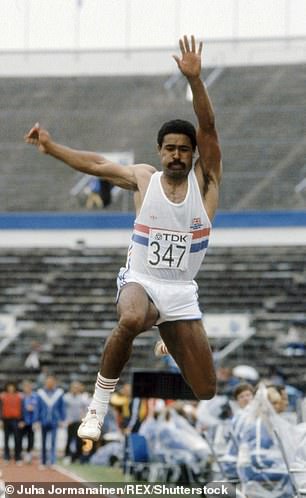 Olympic champion Daley Thompson has claimed he may have received negativity throughout his career ‘because of the colour of my skin’.

The former decathlete, 60, accused British athletics of racism during an interview with the Sunday Times Magazine.

The statement came as he defended himself against old descriptions that he was ‘arrogant or rude or difficult’.

He said: ‘I started competing before the first black person had even played for England, so maybe subliminally some of the negativity I received was because of the colour of my skin.

‘Attitudes were completely different back then and in those days we were expected to be seen and not heard.’

Thompson won Olympic gold medals for the decathlon at the Moscow and Los Angeles games in the 1980s.

The athlete also broke the world record for the decathlon four times throughout his career, won four Commonwealth medals, and even took home a World Championship gold in Helsinki.

Thompson was named BBC’s Sports Personality of the Year in 1982 and was awarded a CBE in the 2000 New Year’s Honours.

But despite his illustrious sporting career, Thompson was often critised by the British press. 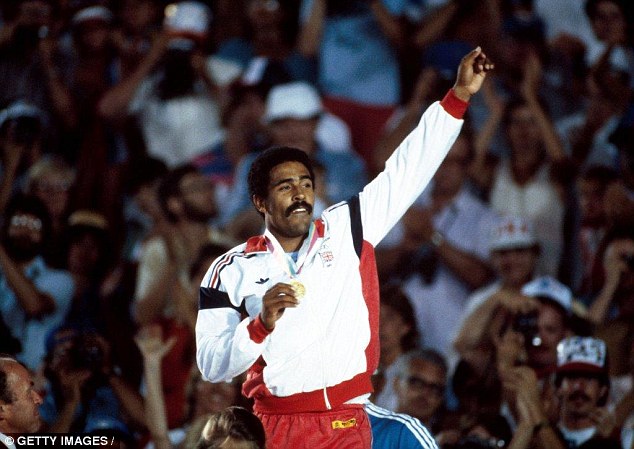 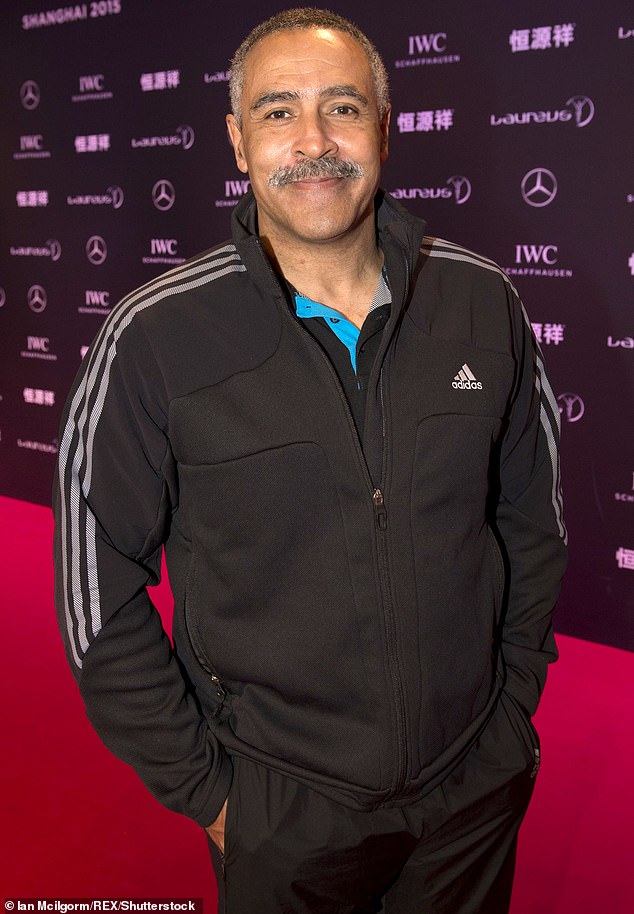 One such occasion came after his 1984 Olympic gold win, when the athlete decided to run a lap of honour in a shirt with the slogan ‘Is the world’s 2nd greatest athlete gay?’

This gesture was directed at former American track and field athlete Carl Lewis, who had won four gold medals at the Los Angeles games.

In 1982, Thompson refused to carry the British flag at the Commonwealth Games and he famously commented ‘oh s***’ when he won Sports Personality of the Year.

A reporter once referred to the decathlete as ‘objectionable, charmless and rude,’ the Independent said. 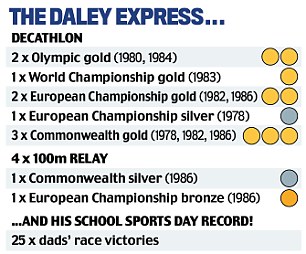 Another referred to his ‘overpowering arrogance’ when interacting with the public.

But Thompson claimed the world was a different place when he was in his athletic prime.

He said: ‘But when I’m asked “Did I get negativity because of the colour of my skin?” I’d have to say “It wouldn’t surprise me.” But it was just a different time and some people just weren’t ready for me.’

Thompson was forced to retire from athletics in 1992 after he suffered a persistent hamstring injury.

He went on to play professional football for Mansfield Town and Stevenage F.C. before appearing as an ambassador for the 2012 London Olympics.

But the former athlete continued to spark controversy after the end of his sporting career, when he commented on The One Show that a misspelled tattoo ‘must have been Irish’.

The tattoo – which spelled Olympics incorrectly – had been completed in the US.