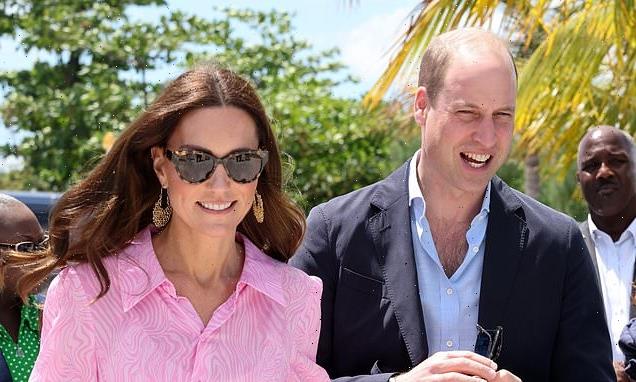 Throughout her reign, the Queen has lived by the maxim ‘never complain, never explain’, maintaining a dignified silence rather than allowing herself to be lured into the minefield of political debate.

After Prince William’s diplomatically fraught tour of the Caribbean, it’s clear he doesn’t plan to follow her example, apparently believing the modern monarchy must speak its mind.

In Jamaica, he expressed ‘profound sorrow’ over the ‘abhorrent’ slave trade in which Britain played a key role, acknowledging the sins of that bygone age.

He was under pressure from activists to offer a full apology but wisely stopped short. That would simply have fuelled spurious demands for reparations. 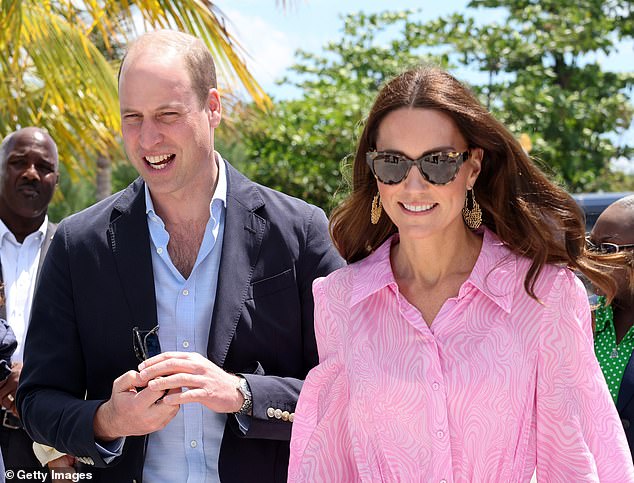 After Prince William’s diplomatically fraught tour of the Caribbean with wife Kate, it’s clear he apparently believes the modern monarchy must speak its mind

Later, the Prince admitted he may not follow his grandmother as head of the Commonwealth, adding that who leads the organisation doesn’t really matter.

William is a superb ambassador for the family and the Daily Mail has great respect for his thoughtfulness and candour.

He is quite right that the monarchy must be agile and adaptable to change if it is to flourish in the 21st century.

But he should also be careful not to talk himself out of a job.

The British Empire had many egregious flaws but it remains a remarkable and indelible part of this country’s heritage. Without it, the Commonwealth wouldn’t even exist.

The institution is not there to glorify the colonial era but to provide a modern fellowship of mainly Anglophone nations committed to peace, democracy and mutual prosperity.

Just 15 member states, including Jamaica, retain the British monarch as head of state. If Jamaica wishes to become a republic, it would hardly be a seismic event.

Equally if it wants to turn away from the Commonwealth and cosy up even more to China, it is fully entitled to do so.

(Though why, having shunned the UK, it would want to embrace a contemporary imperial power which is itself accused of modern slavery is somewhat mystifying.)

In any event, Jamaica does not speak for the Commonwealth, which encompasses 54 countries, a quarter of the world’s land mass and a third of its people.

Most members still firmly believe it is a powerful force for good. Indeed two, Mozambique and Rwanda, chose to join despite never have been British colonies.

It’s true that Britain benefitted from slavery. But we didn’t invent it, neither were we by any means the only participants. And when it came to abolishing that hideous trade, we were at the forefront.

In the two centuries since abolition, this nation has worked harder than any other to promote and fight for freedom. Boris Johnson’s steadfast support for Ukraine is very much in that proud tradition.

The past is a foreign country. We can study it and learn from it – but we can’t change it. Our history made us what we are.

The Mail welcomes the Prime Minister’s decision to take a 20 per cent Government stake in the new nuclear power plant to be built at Sizewell, Suffolk.

But as it will not come on stream until the late 2030s, more immediate measures are needed to ensure this country’s energy supply. One important plank of the strategy must be the exploitation of new fossil fuel fields in the North Sea, helping to plug the looming gap.

So why has the regulator changed its name from the Oil and Gas Authority, to the North Sea Transition Authority?

There may be a time in the distant future when we no longer need fossil fuels. Until then, the watchdog should be working to secure and expand our domestic supplies – not treating them as some sort of outdated embarrassment.