A DAD filmed himself teaching his six-year-old son to hunt by dressing up as deer and arming his kid with a toy crossbow.

With a busy work schedule, Chad Brower decided to teach his son, Eli, how to hunt at home by popping on some antlers and letting his kid shoot him with a toy weapon. 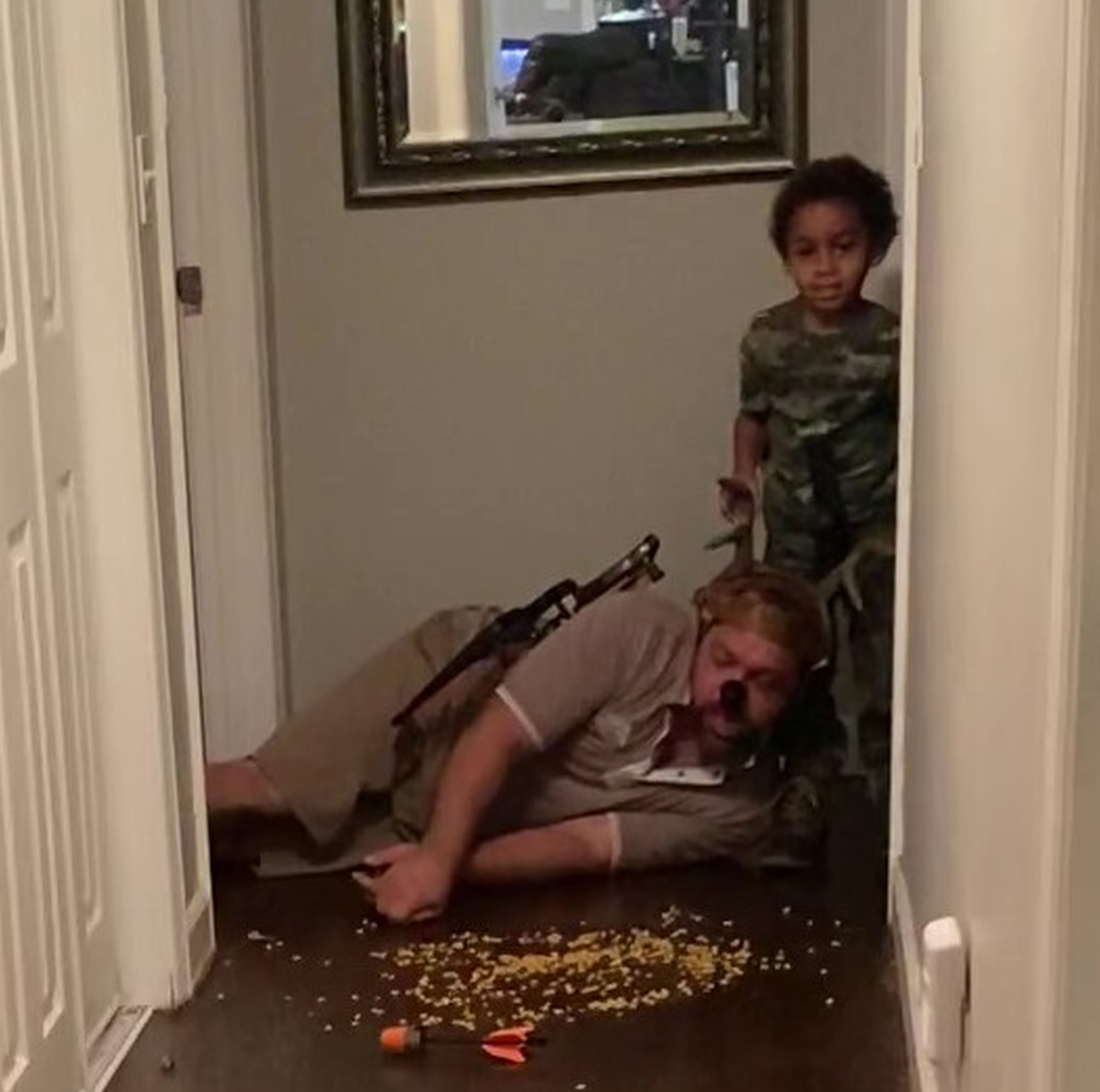 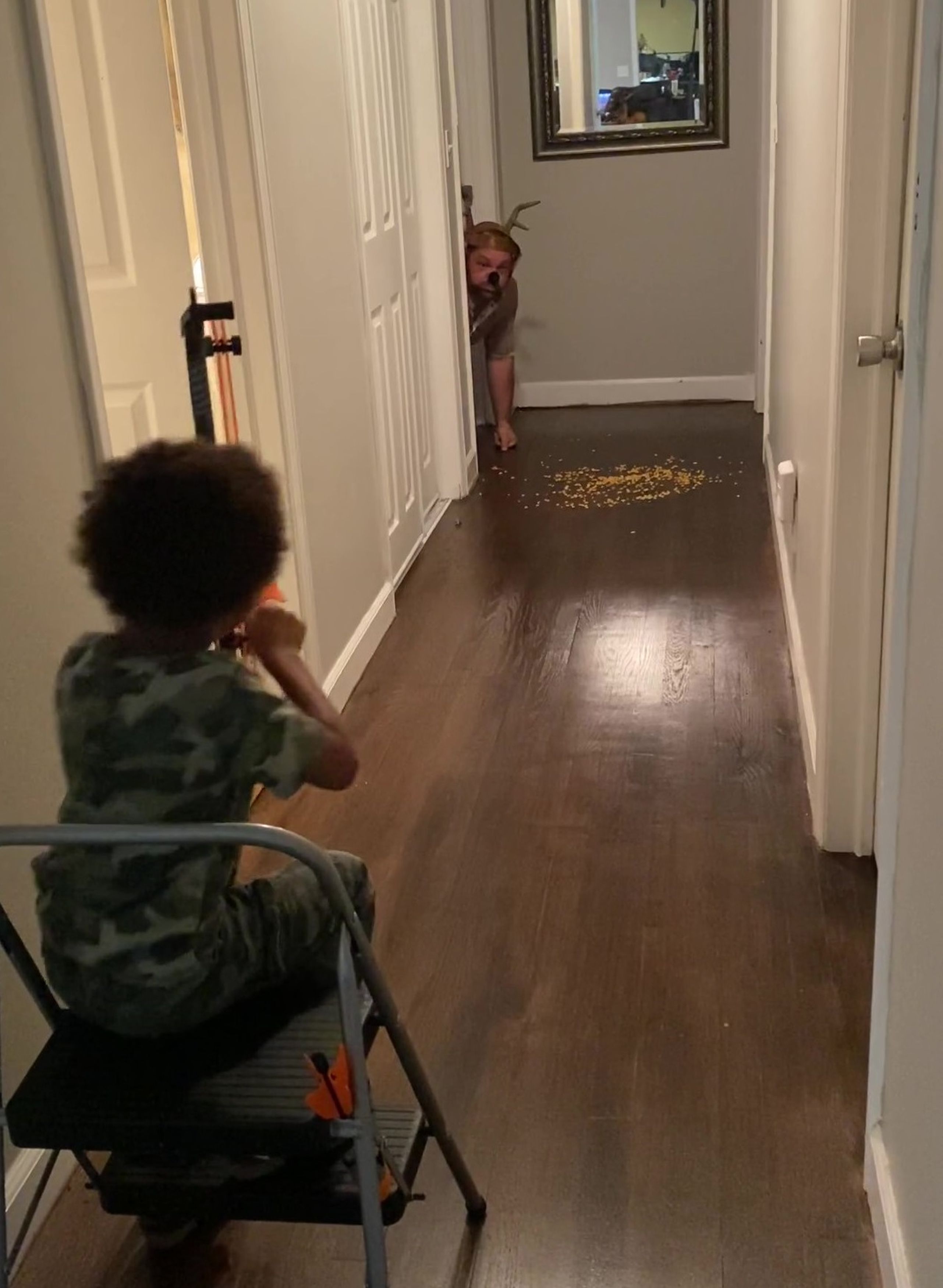 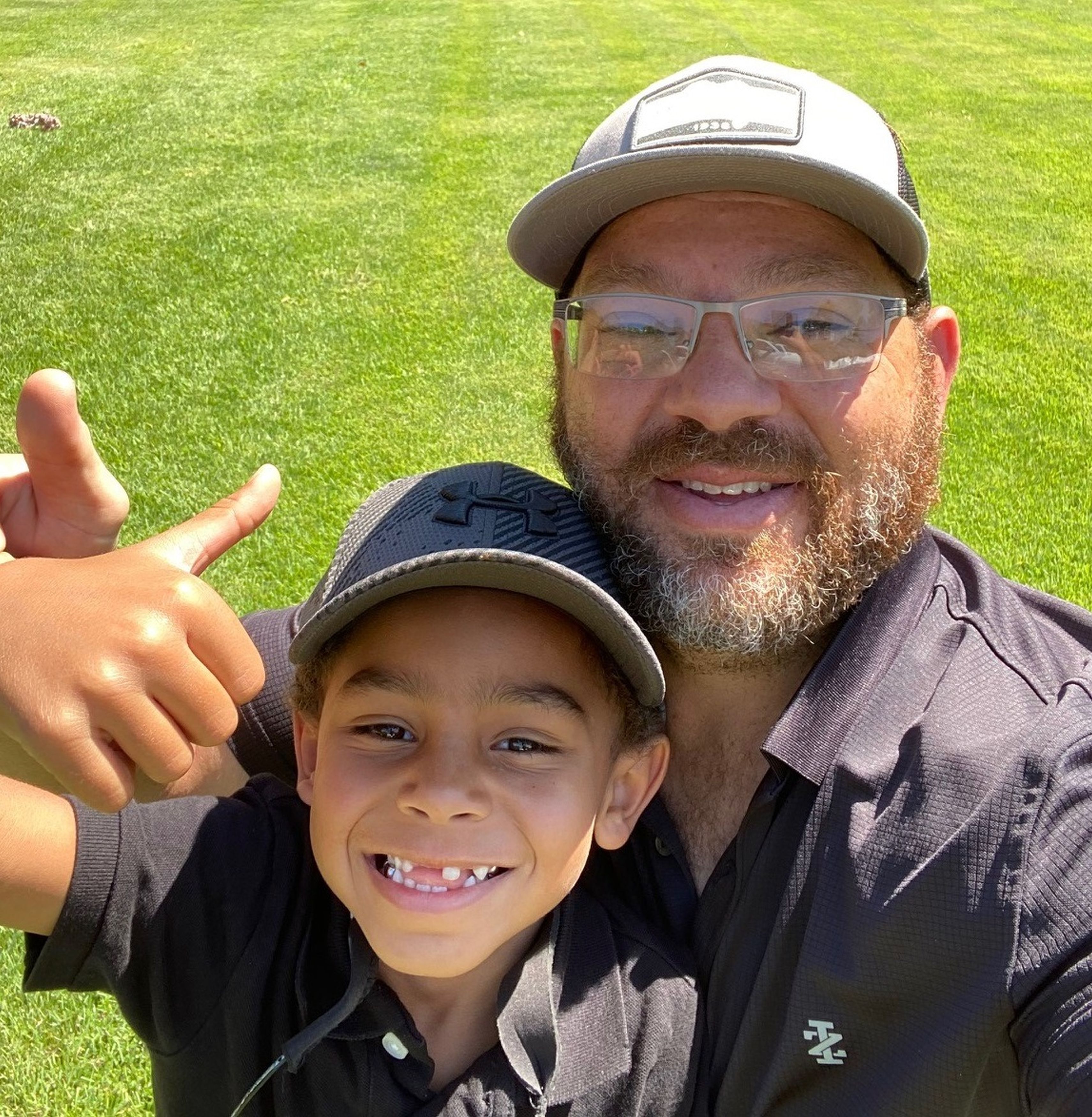 Footage shows a camouflage-clad Eli fire the crossbow at his 44-year-old dad, before boldly marching over to the fallen "deer" and lifting his head by the antlers to pose for the "trophy" shot for the camera.

Chad, from Asheboro, North Carolina, has been a keen trophy hunter for 15 years and hopes practicing with the toy weapon will prepare Eli to become a hunter when he's older.

No stranger to the task, Eli watched his dad shoot a real deer when he was just four years old and he even has a small rifle of his own.

The footage of the playful exercise went viral on Facebook with more than eight million views – but it split opinion on whether Chad should be introducing Eli to hunting at such a young age.

Some claimed it was "disgusting" to teach a small child to kill animals, but Chad batted away the criticism and said it was a playful reenactment.

"He got that toy bow for his birthday in September and he couldn't pull it back, so I've been trying to teach him," Chad said.

"On that particular day he actually started shooting and he was aiming at targets, so I thought, 'hold on, let me go and get these antlers and put them on my head'

"He can't actually hunt yet but he's already interested in it and I love to laugh, so I made a little skit out of it. You can tell he’s got good aim. 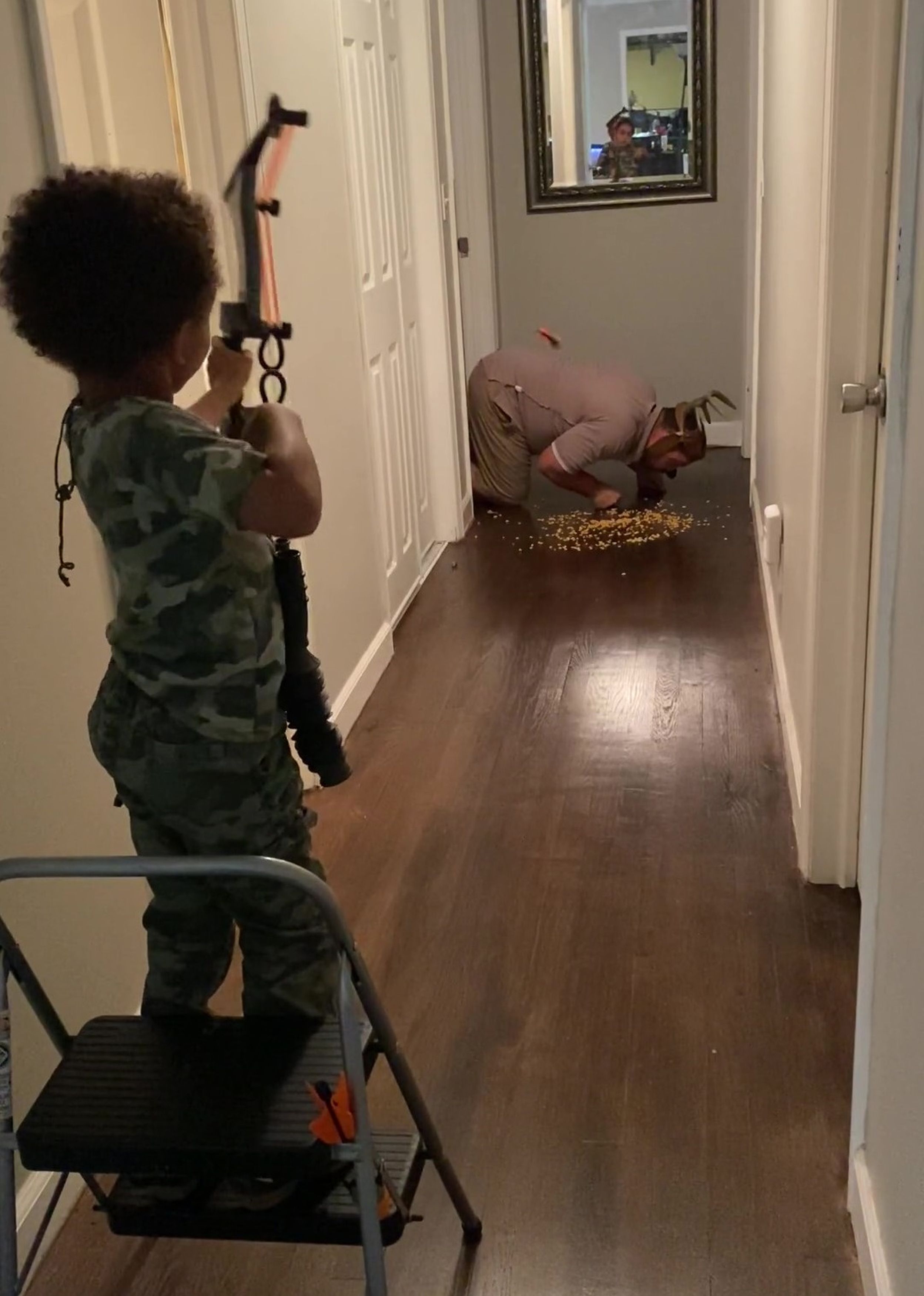 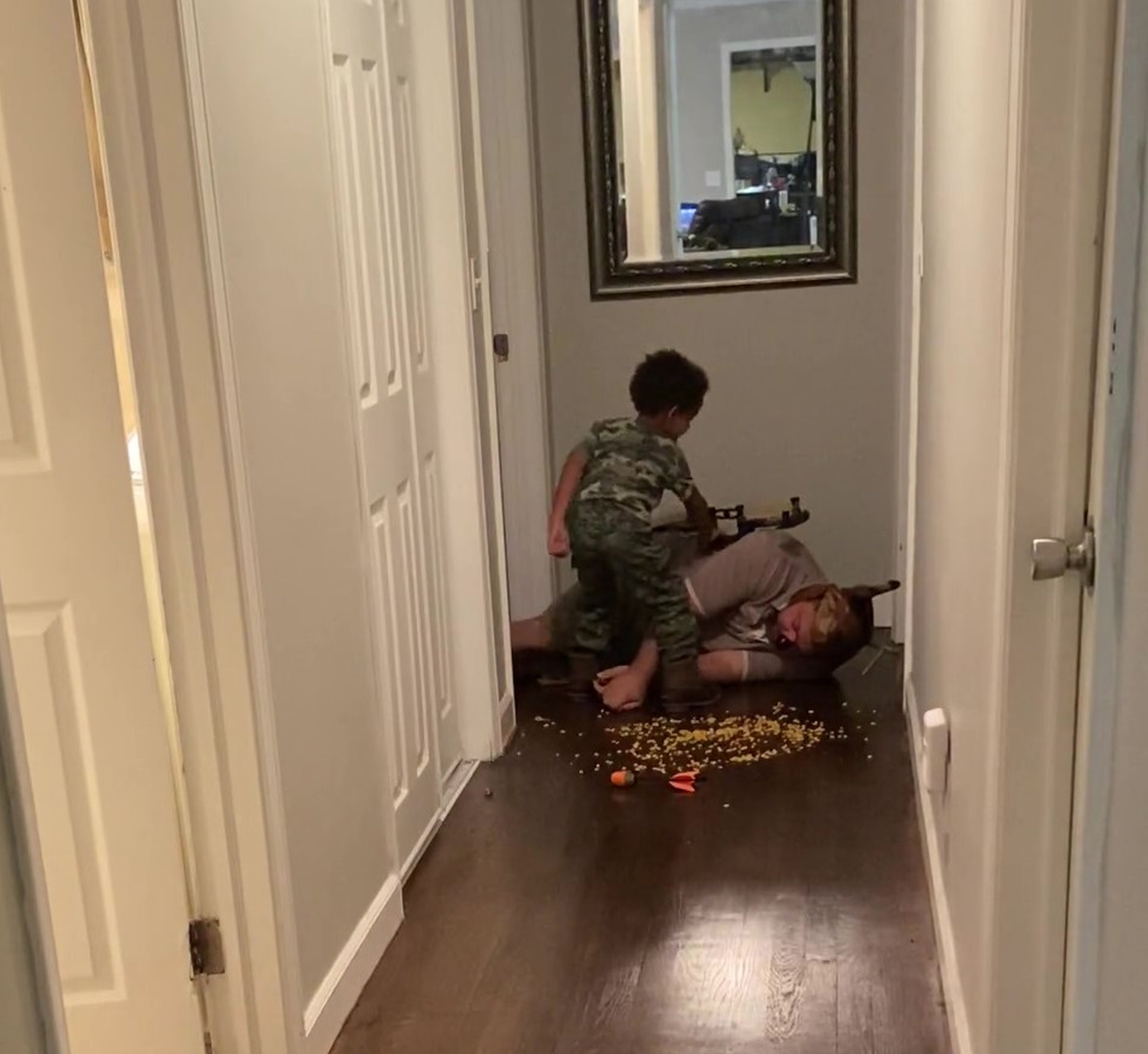 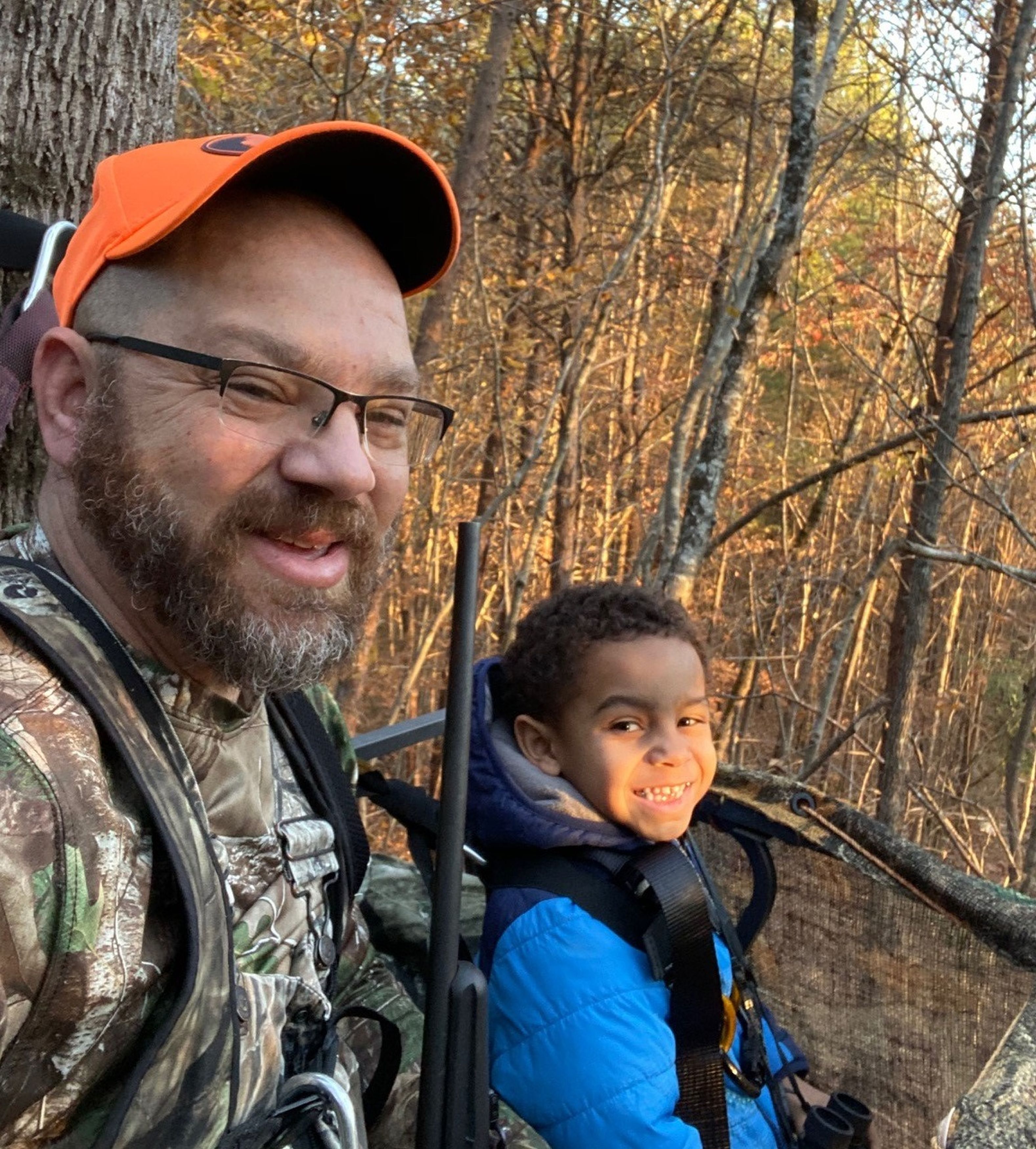 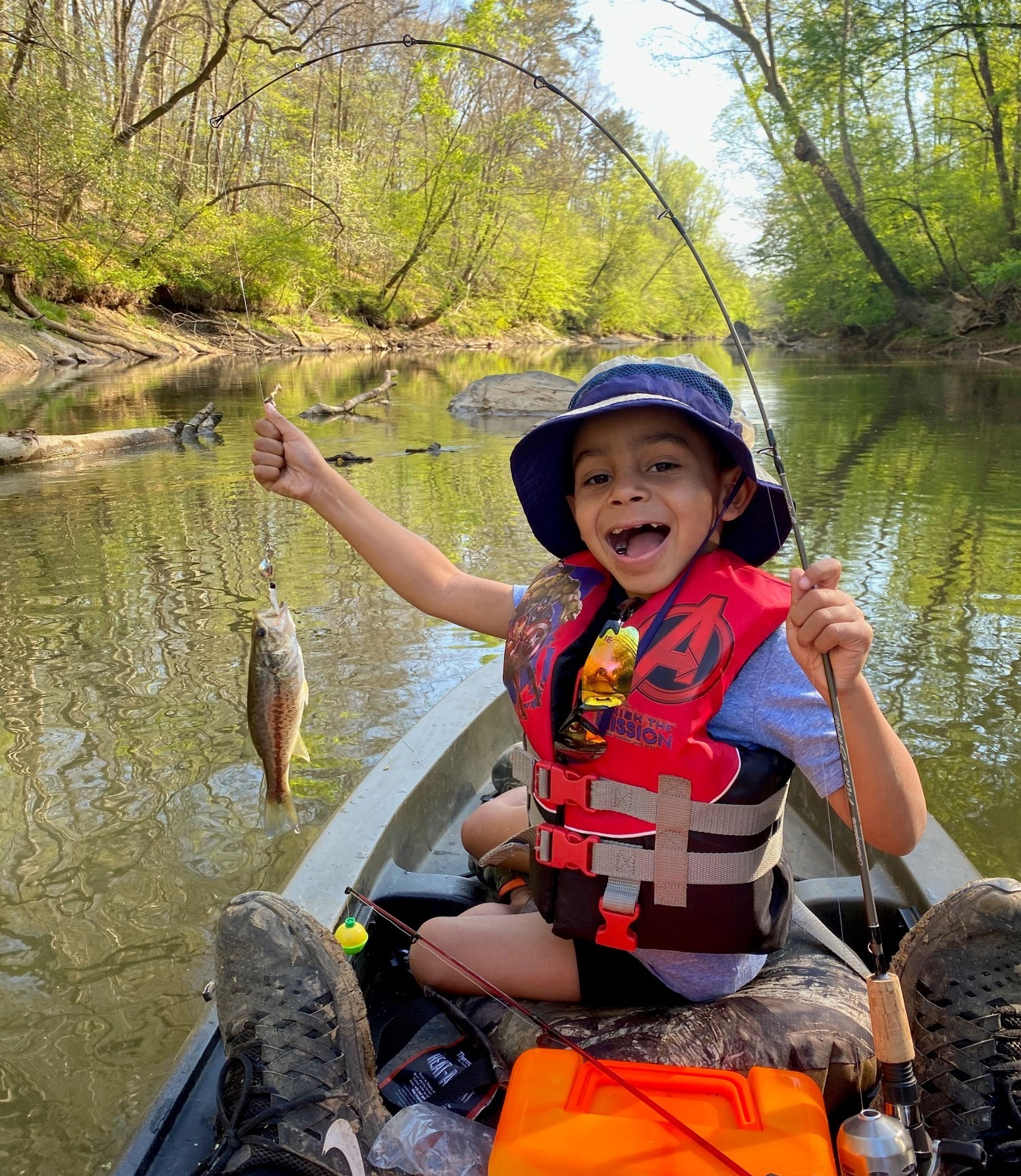 "I watch a lot of hunting TV shows and if you take a deer and it's a trophy, you lay your gun on it, get down in a kneel and take a picture, so he's seen that and copied it."

Video footage shows the kid sitting on a makeshift perch as he lets out a mating call through his hunting horn – triggering Chad to crawl into view on his hands and knees.

As he reaches the hunting bait sprinkled on the floor, Eli fires his arrow and hits him on the side of the stomach causing Chad to slump to the floor.

Eli jumps up to proudly place the crossbow on his target's back before excitedly lifting his dad's head as if to pose for a photo with his trophy.

The video has gained more than 26,000 reactions and 16,000 comments, with some laughing at the playful reenactment and others annoyed by it.

Chad's caption said: "We like to play!!! Lol. Probably the fattest deer he will ever take down."

One social media user said: "[This] kid will kill some studs with that arrow placement."

Another wrote: "Omg too adorable. Dad of year award."

But one said: "And just like that, a child who naturally would show affection to all animals… is encouraged to kill them." 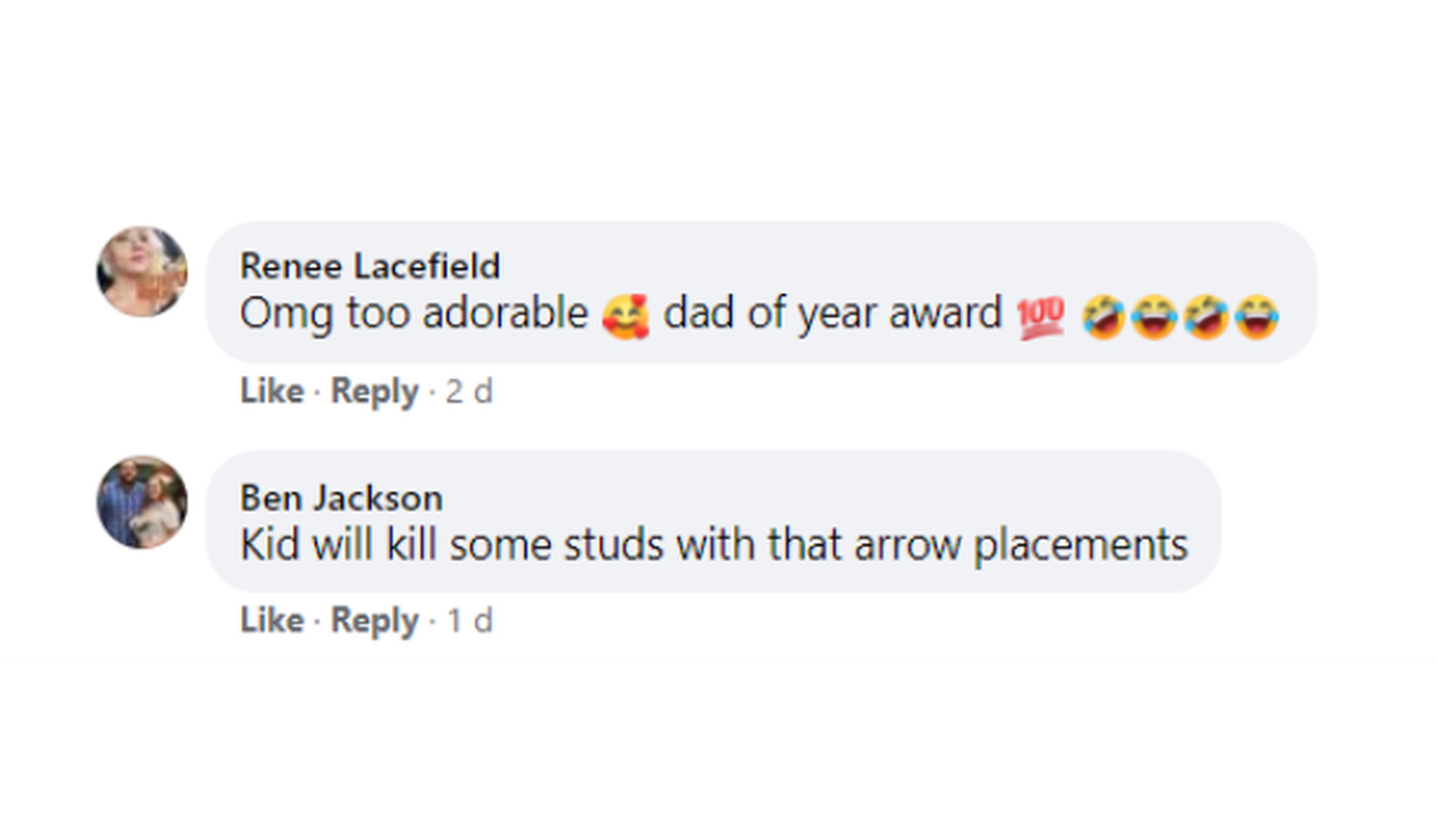 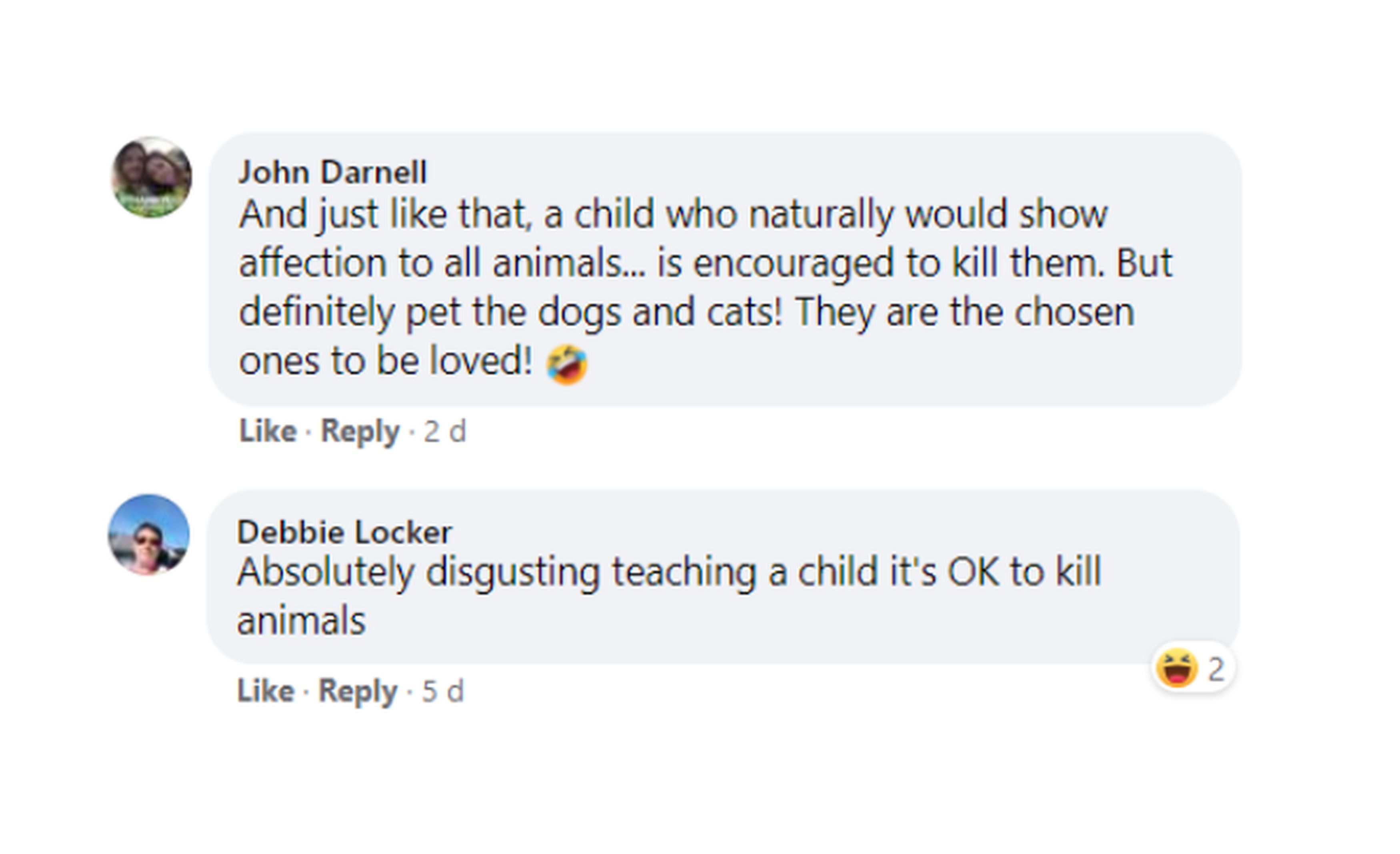 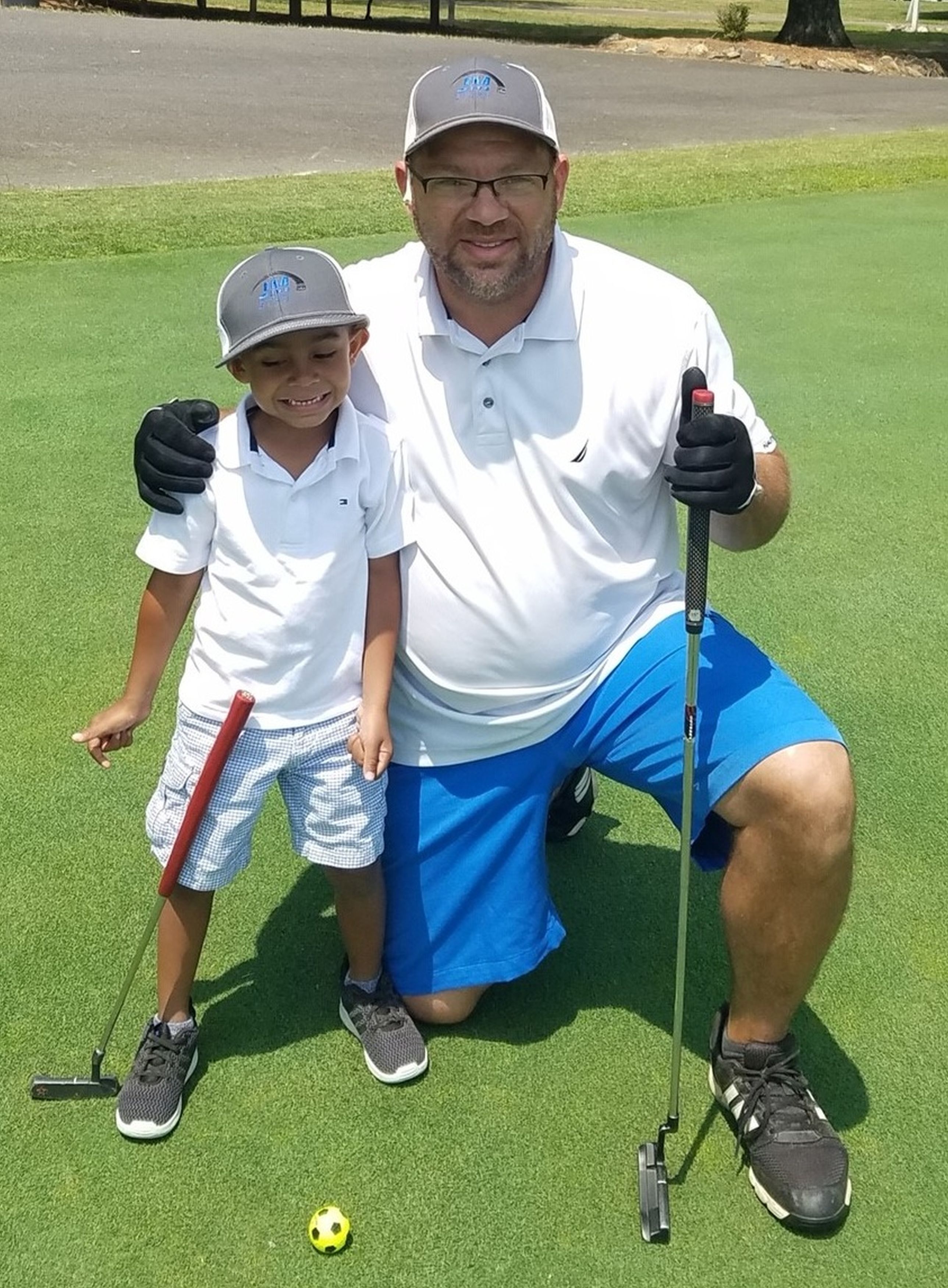 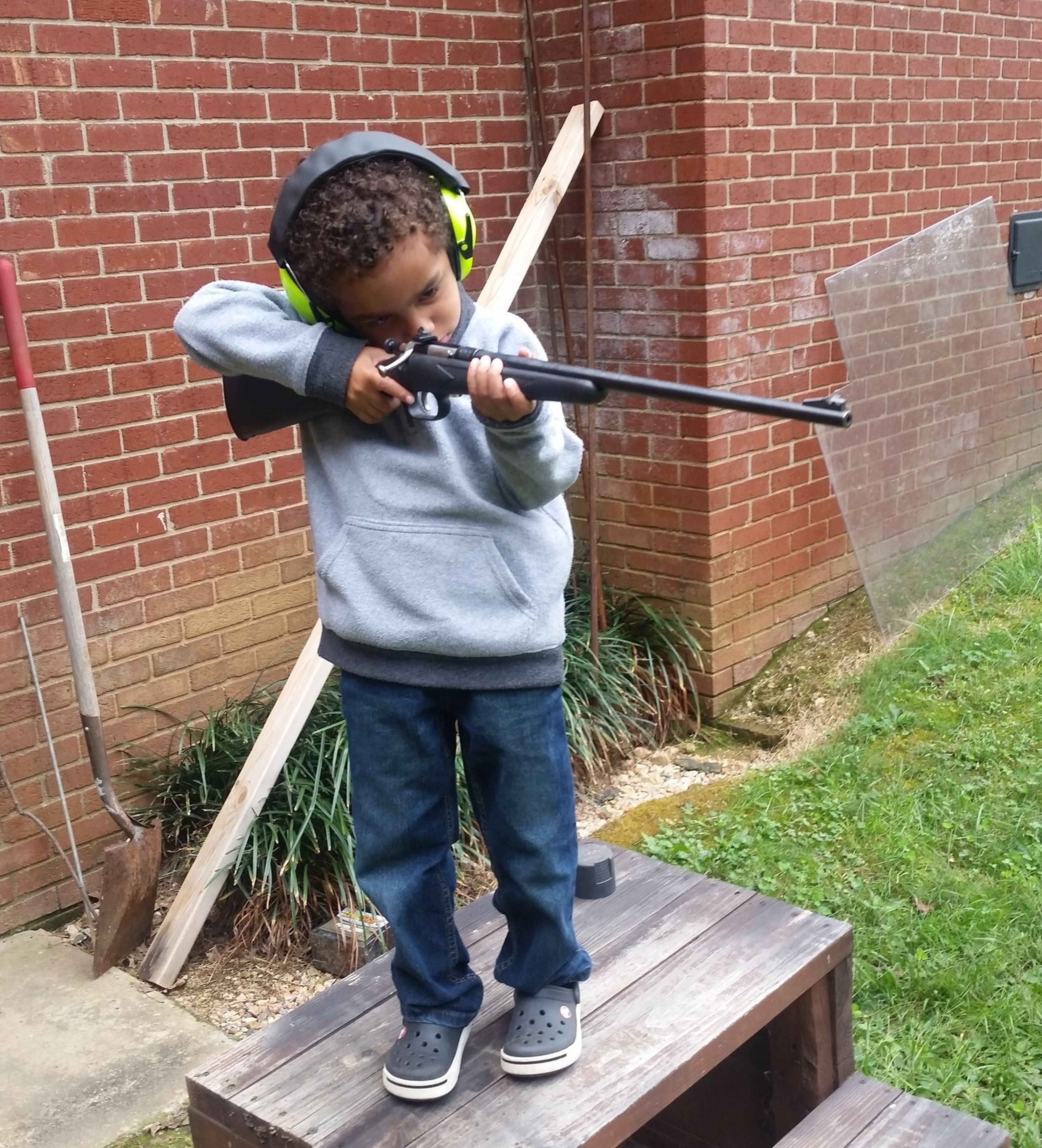 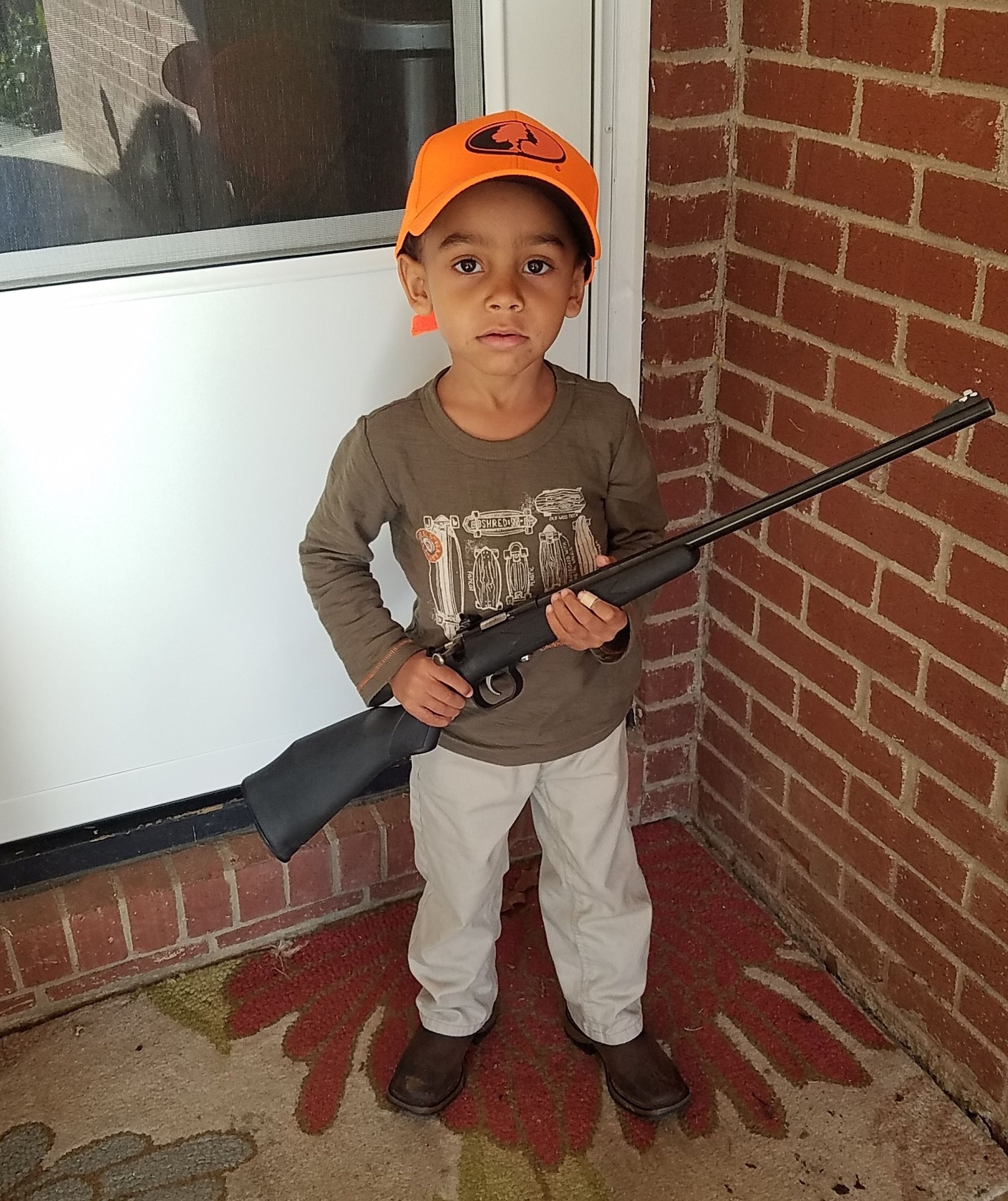 Chad, who also lives with 36-year-old wife Robin Brower and 13-year-old step daughter Giannie Small, responded: "I saw some of the comments were negative. I guess it was some people who don't like hunting or think it's cruelty to animals, but I don't let them suffer either.

"We've been eating animals ever since people were here. And it's not like I shoot them and let them lie there."

Chad added: "I had great parents, but they didn't take me hunting, and I want [Eli] to be introduced to all of this stuff when he's young and hopefully he'll be somewhat of a woodsman when he's older.

"If he enjoys it and goes with it then it's fine and if he decides he doesn't want to do it then that's his deal, but outdoors is a great place to be.

"When I get old, maybe he'll like to do the same things I like to do and we can get together and keep doing them."

Chad said Eli has a small rifle which is capable of killing small game such as rabbits, but he insists he only uses it for target practice and the pair have only been hunting together once this year.

"I've been working 12 hours every day, so I'll get a quick hunt in myself, but it's hard to have the time to take him very often. He's only been once this year with me," he said.

"The first time I ever went with him I shot a white-tailed deer, and I expected him to be loud and scare it off because he was only four, but he was whispering and it was perfect.

"He's got a small rifle that I took with him and I tried to get him to finish it off so to speak but he wouldn't do it that time. I think he would now, but that's to be proven, I guess.

"I take his tablet with us and when he's been waiting there for a while he gets bored, but I think he's learning that hunter's instinct. I hope so." 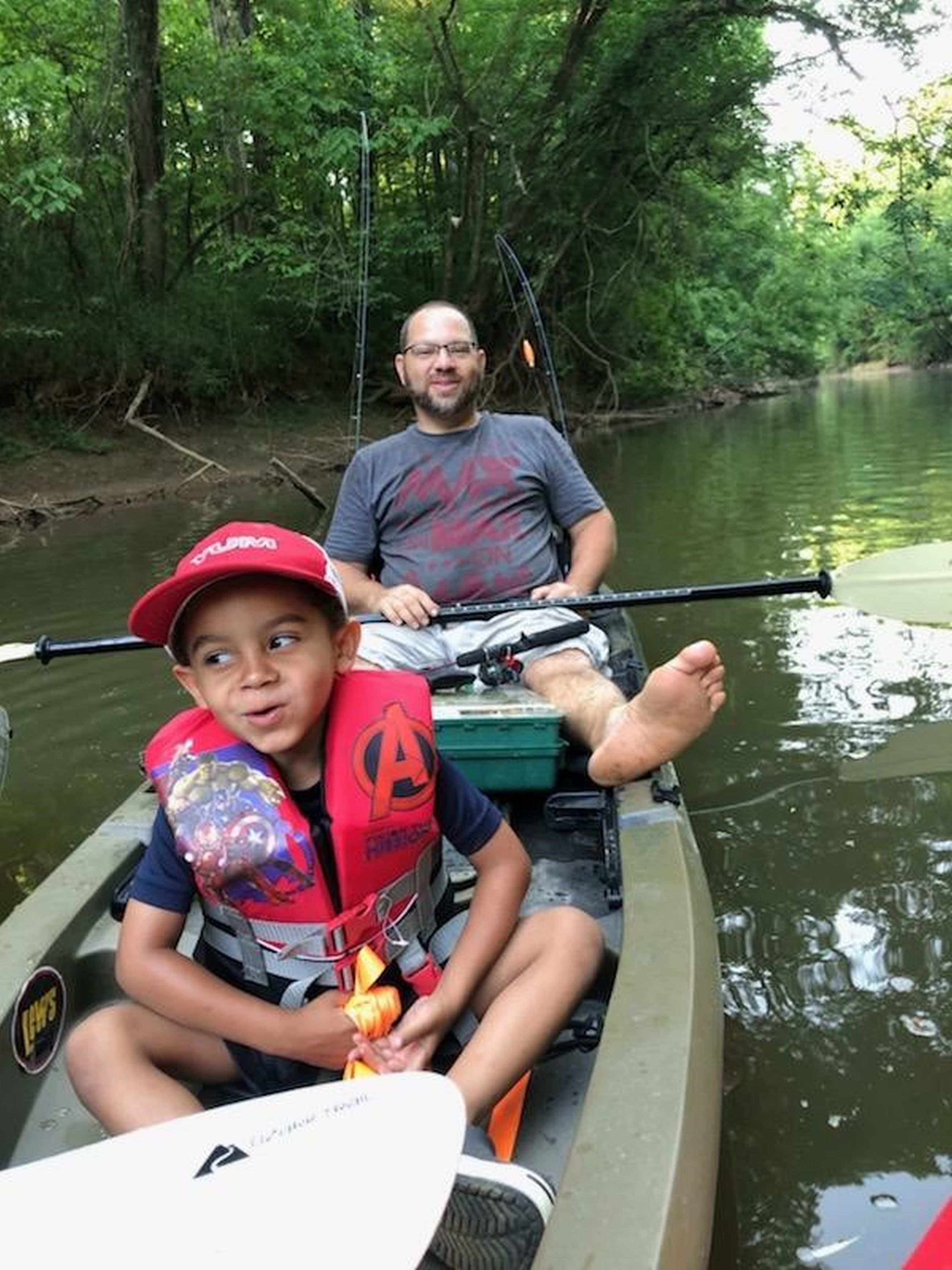 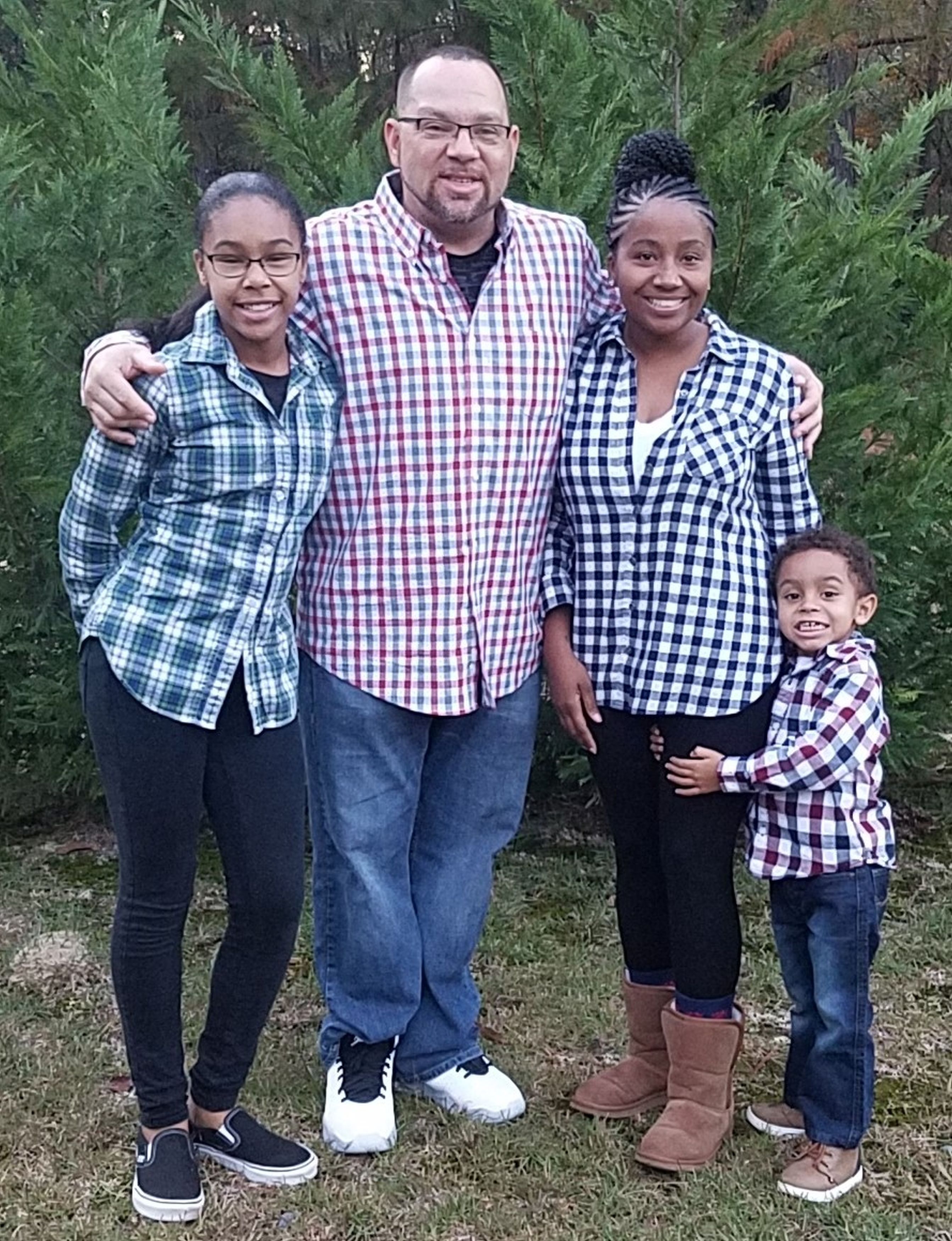