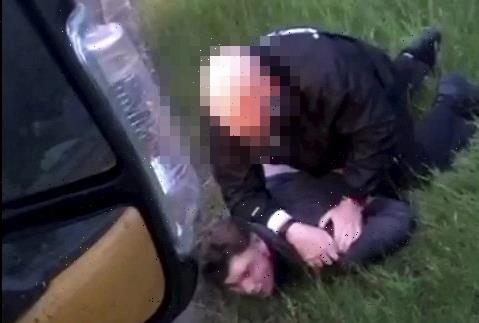 A DAD claims he was left fearing for his life after being punched and grabbed by the throat by a cop.

Shane Price, 20, was pinned to the ground by the officer during the confrontation on the A46 near Newark, Notts. last Wednesday. 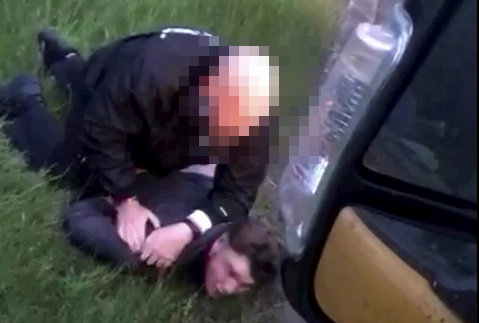 Shocking footage shows the cop, who has now been removed from front-line duty, also stamping on the tree surgeon's injured foot.

Shane can be heard speaking to the officer before he is grabbed by the throat.

Shane kicks his shoe off so the officer can see his stitches, but the cop just stamps on his foot and pins him to the ground. 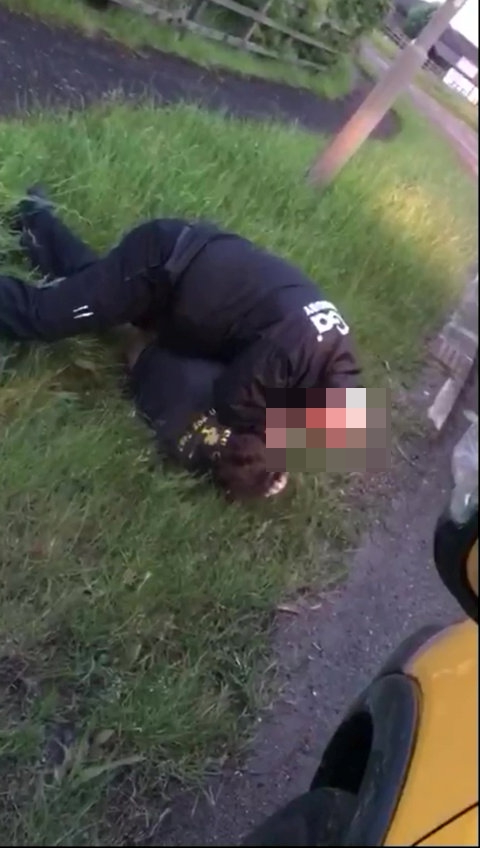 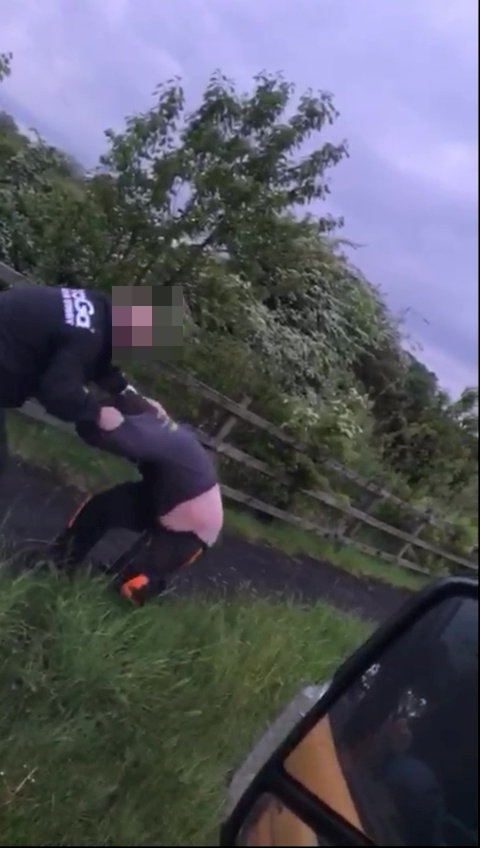 The dad said he was targeted while driving on the A46 to get some food with his wife.

He added: "As I've put my indicator on he's come flying behind me and when he got beside me, he took a photo.

"Obviously I was concerned about the photo of my wife and I and him using his phone while driving.

"I flashed him and once I did, he pulled over. I asked him why he was taking photos and using his phone.

"I told it him was illegal and that he wouldn't have had full concentration on the road and could have crashed into anything."

Shane claims the officer then grabbed him by the arm and shoved him towards a fence – causing him to get "panicky and scared".

He said the officer never explained he was a cop and instead looked like a "security guard" with a bomber jacket on over his uniform. 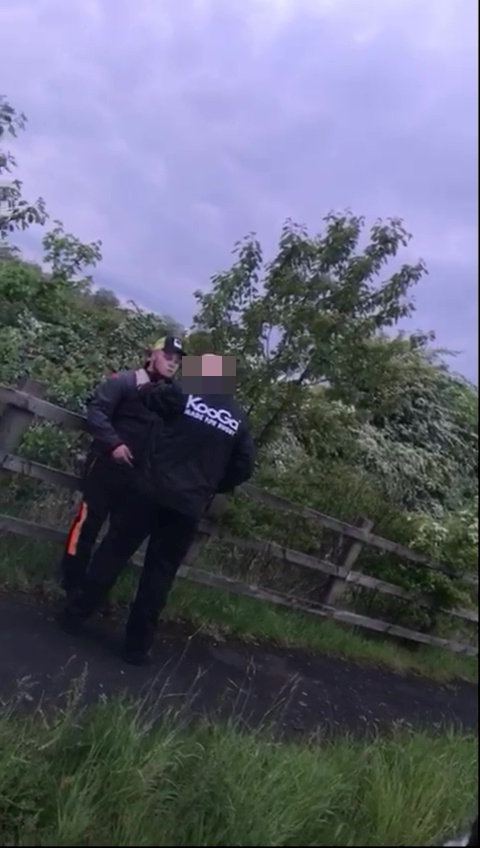 The tree surgeon added: "I asked him to take his hand off my throat saying I couldn't breathe, I repeatedly asked him that and he carried on.

"He brutally abused me. I was too scared to punch back, I'll be honest with you – I was scared for my life.

"All that was going through my head was 'this gentleman is going to kill me'.

"I'm on the side of the motorway with just my wife and this huge gentleman has at no point told me he's an officer and just brutally beat me.

Shane's wife Sherry, 19, filmed the attack from inside their van as the officer called for assistance.

A second police car eventually arrived but Shane claims he was held for several hours at a police station in Lincoln before being released under investigation.

Shane now believes he was targeted because he is a traveller and said he is not a "troublemaker".

A Lincolnshire Police spokesman said: "At around 9.20pm on Wednesday, May 26, a man in his 20s was arrested just off the A46, near Aubourn.

"He has been released under investigation.

"Following this incident, an officer has been removed from normal duties while a review and investigation takes place by our Professional Standards Department.

"We will not be commenting further while this investigation takes place." 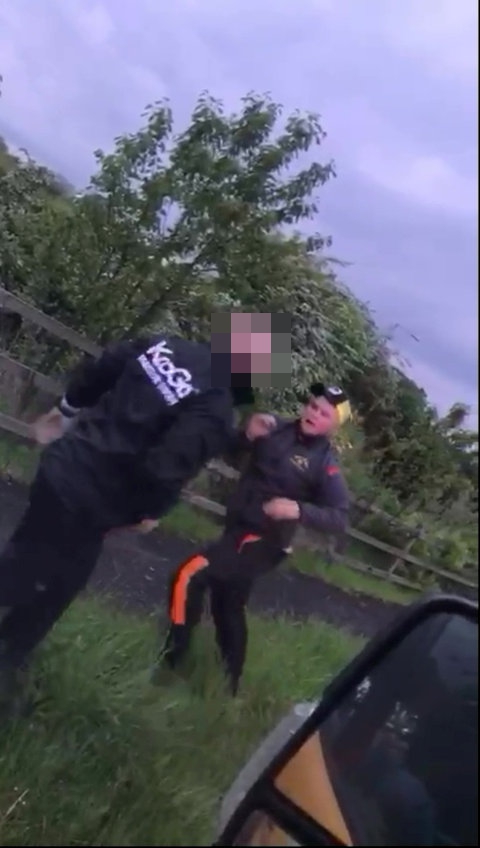