Cyber war is a bigger threat than weapons and missiles, says British Army chief as he calls for new rules of engagement to be drawn up 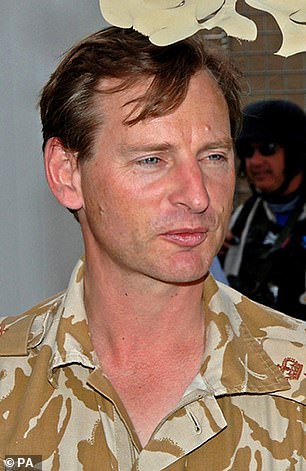 The greatest threat to Britain’s security is posed by computer software and not military hardware, the head of the Army warned yesterday.

General Sir Mark Carleton-Smith said that the ‘weaponisation’ of data will mean that armies are soon judged on their ability to prevent cyber attacks rather than on the capabilities of their tanks and missiles.

‘And the main threat is less missiles and tanks, it’s the weaponisation of those elements of globalisation that hitherto have made us prosperous and secure, such as the mobility of goods, people, data and ideas. Secure borders or living on an island are no guarantees against the corrosive and intrusive effects of disinformation, subversion and cyber.’

New rules to determine the laws of warfare are needed, he said. If not, the UK will end up in a position of ‘dominant irrelevance’.

Such rules would need to spell out exactly when a cyber attack or other online aggression warranted a response.

‘It might not be too far into the future before armies are no longer distinguished by the volume of their hardware – the number of tanks, infantry fighting vehicles – but much more accurately by the sophistication and integration of their software and the associated artificial intelligence,’ Sir Mark said.

Britain has been hit by a wave of cyber attacks from countries such as Russia and China, pushing the military to step up its online capabilities.

Moscow is also extremely skilled in spreading disinformation online – a technique seen during the time of the Salisbury poisonings.

Two weeks ago, new Defence Secretary Penny Mordaunt said Britain must not be afraid to strike back when enemies such as Russia and China wage cyber attacks on key infrastructure.

She said it was ‘time to pay more than lip service’ to the seriousness of the threat of electronic warfare.