Bless you! Cute baby panda emits a powerful sneeze while lying next to her friends during nap time

Lying side by side in a cot, these three baby pandas are cute and calm – until one of them suddenly sneezes, leaving her playmates and herself startled.

Adorable footage shows the three-month-old cub emitting an almighty sneeze before appearing sheepish for waking up her two furry friends.

The 20-second clip was released by a panda breeding centre in China to celebrate the trio turning 100 days old. 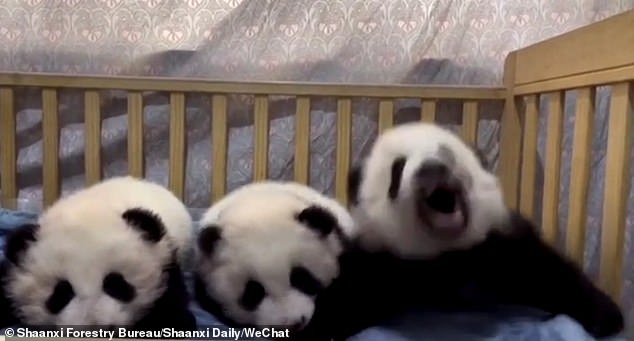 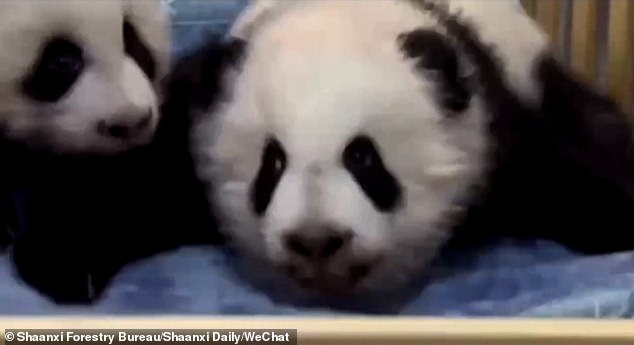 The baby bears, all female, were born in August at Qinling Giant Panda Research Centre in Shaanxi Province, north-western China.

The video was shared by the Shaanxi Forestry Bureau on Tuesday to celebrate the three cubs’ healthy growth.

Two of them are twins, and the third is their best friend, which is five days older. The centre did not specify which was the panda that sneezed.

In a post, officials said the cubs had shiny fur and loud whines and had spent more than three happy months since their births.

Their keepers planned to take them outdoors to enjoy the sun and learn to walk in the days to come, the post said. 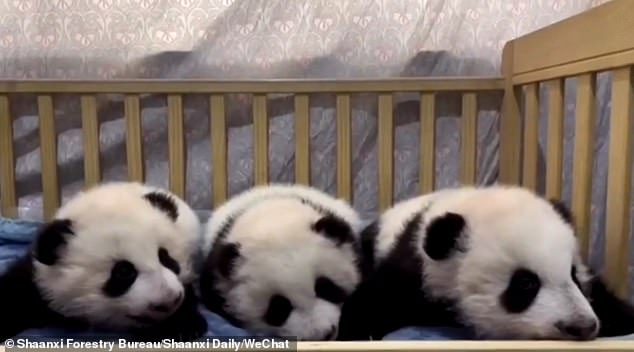 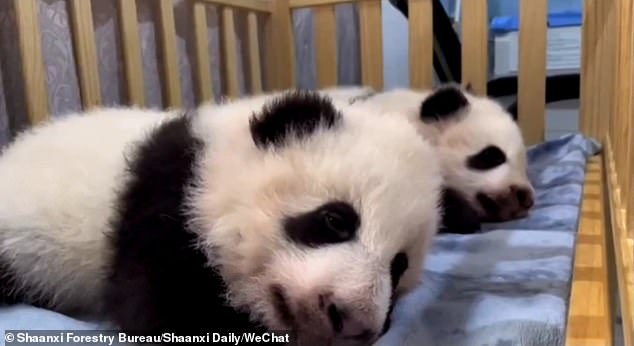 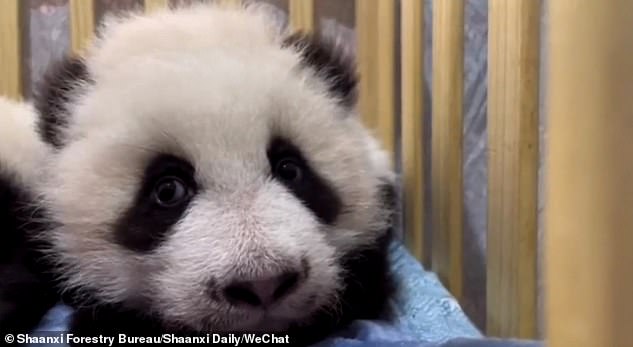 Two of the cubs, a set of twins, were born on August 22 and the third was born five days earlier

The eldest of the group was born on August 17 to panda mother Yong Yong.

The cub, yet to be named, weighed 152 grams (5.36 ounces) at birth. She is the firstborn of six-year-old Yong Yong, which was also bred by the centre.

The siblings’ mother, Qin Qin, was the first panda to have been solely raised by keepers in Shaanxi. 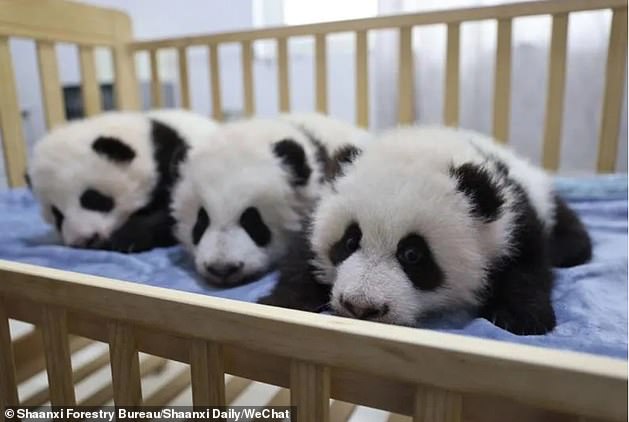 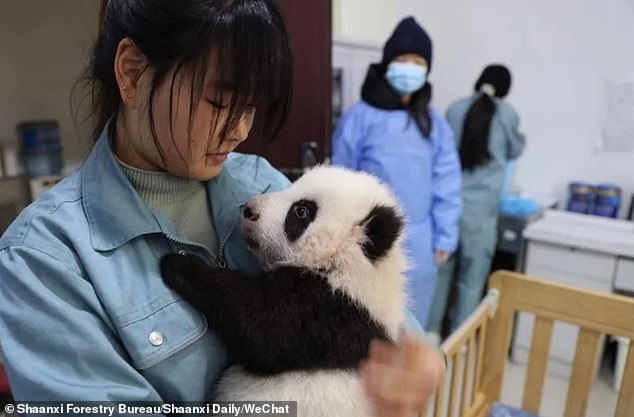 Staff at the centre said that the three cubs were healthy and growing fast. However, they also confessed that their first-time mothers lacked experience bringing them up.

In particular, workers claimed that Yong Yong – the youngest mother panda the centre has seen – was ‘impatient’ with her cub in the beginning. 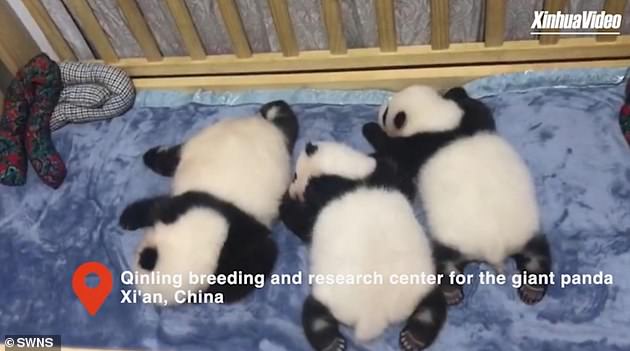 ‘For example, when keepers went to visit her [with her cub], she would be unwilling to hold her cub and want us to take the cub away,’ Shen explained.

‘Another example is when she was nursing her cub and saw us come, she would drop her cub, and we would have to hold the cub.’

Under keepers’ guidance, Yong Yong has learned to hold, lick and feed her cub independently, according to the centre.

This adorable bear is not the first panda that rose to fame due to its powerful sneezes.

In 2009, a video showing a mother panda’s shocked look as her cub sneezes in front of her became an internet sensation.

It gathered more than 250million views online in total and has spawned numerous spoofs – including one in the American cartoon show South Park.

The popular video was also reimagined in a $5.7million mockumentary, Sneezing Baby Panda, in 2014.

In 2016, another baby panda amused thousands of web users after it was filmed sneezing non-stop while lying in its enclosure.

The black-and-white bear is caught on camera sneezing 11 times in less than 20 seconds in a trending video that gathered tens of thousands of shares.