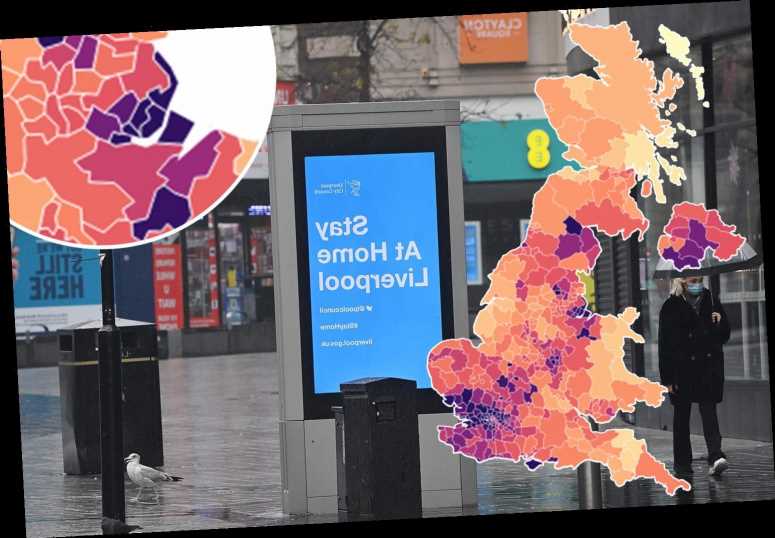 CORONAVIRUS infections are starting to fall across the country while cases in former hotspots continue to surge.

Data from Public Health England (PHE) shows that cases have dropped in 50 per cent of local authorities across the country.

The government had previously hailed Liverpool and the surrounding areas as a success story after a lateral flow test programme helped drive cases down.

But new figures show that some areas in Merseryside have higher infection rates than London.

Barking & Dagenham in East London is currently the most infected local authority in the country, according to PHE data for the seven days to January 9.

Newham, also in East London, had been second on the list but has now been taken over by Knowsley. 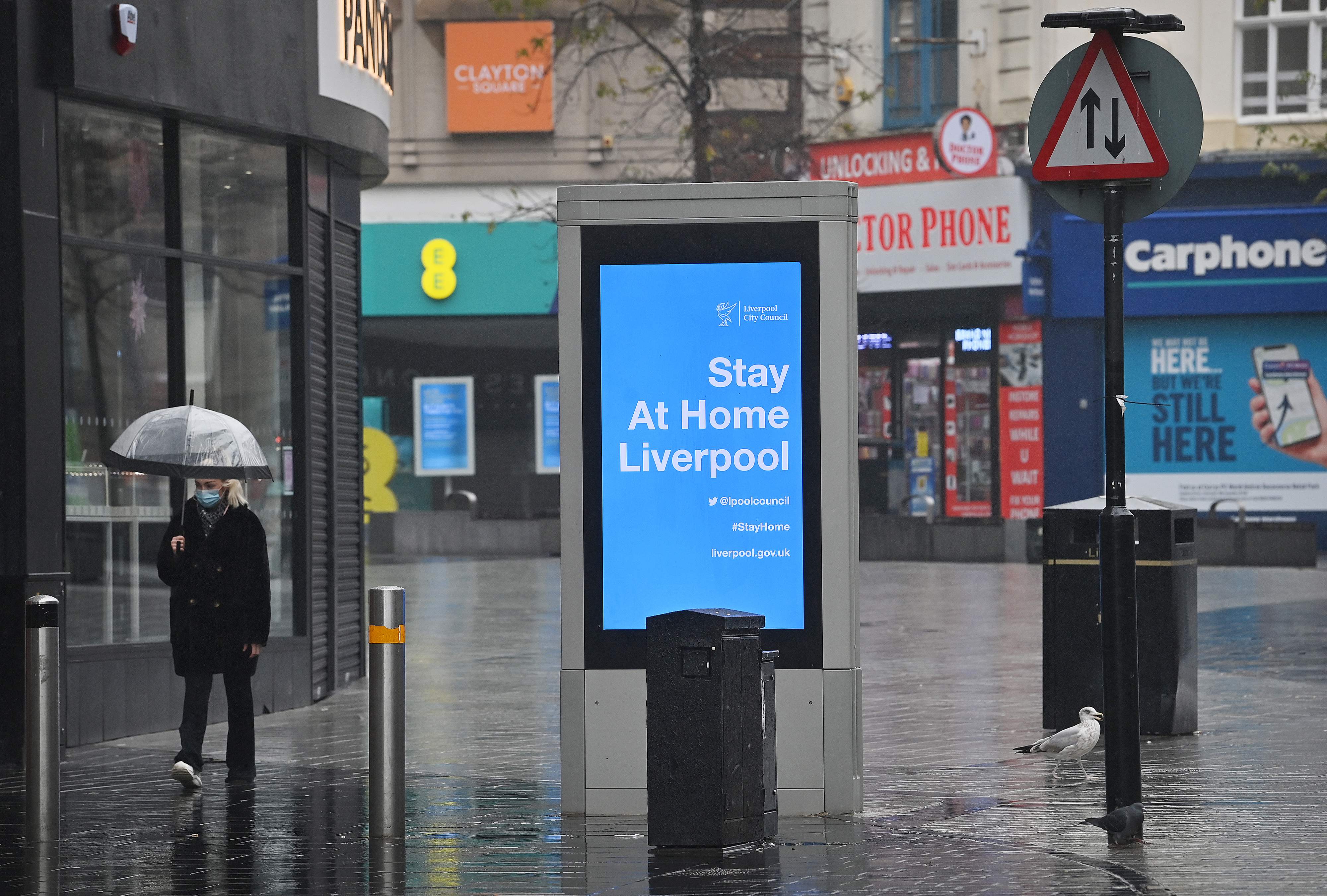 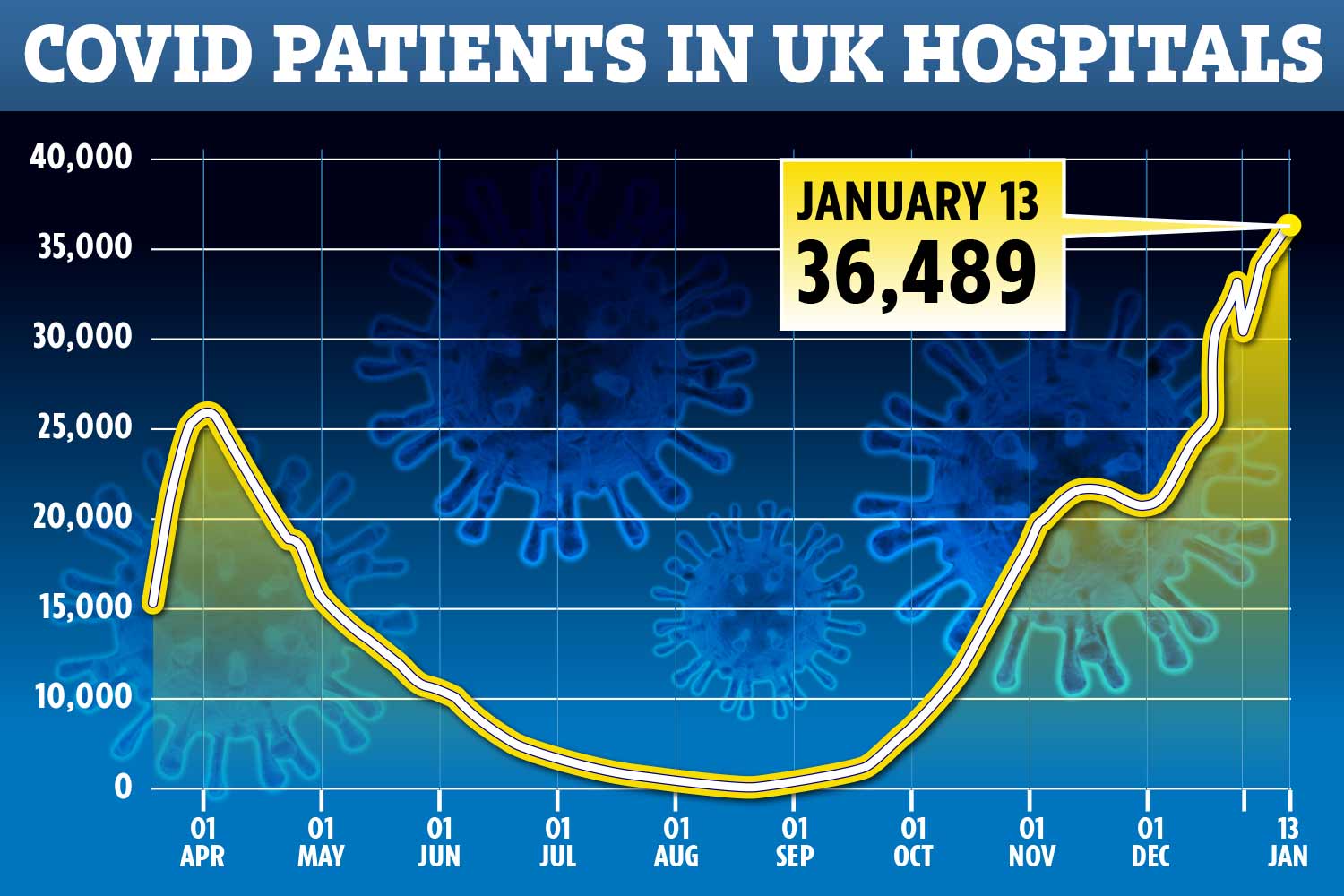 This is slightly more than Newham, where there has been a slight drop in cases in the last seven days.

Other areas in Merseyside and the surrounding local authorities have also seen an increase in cases. 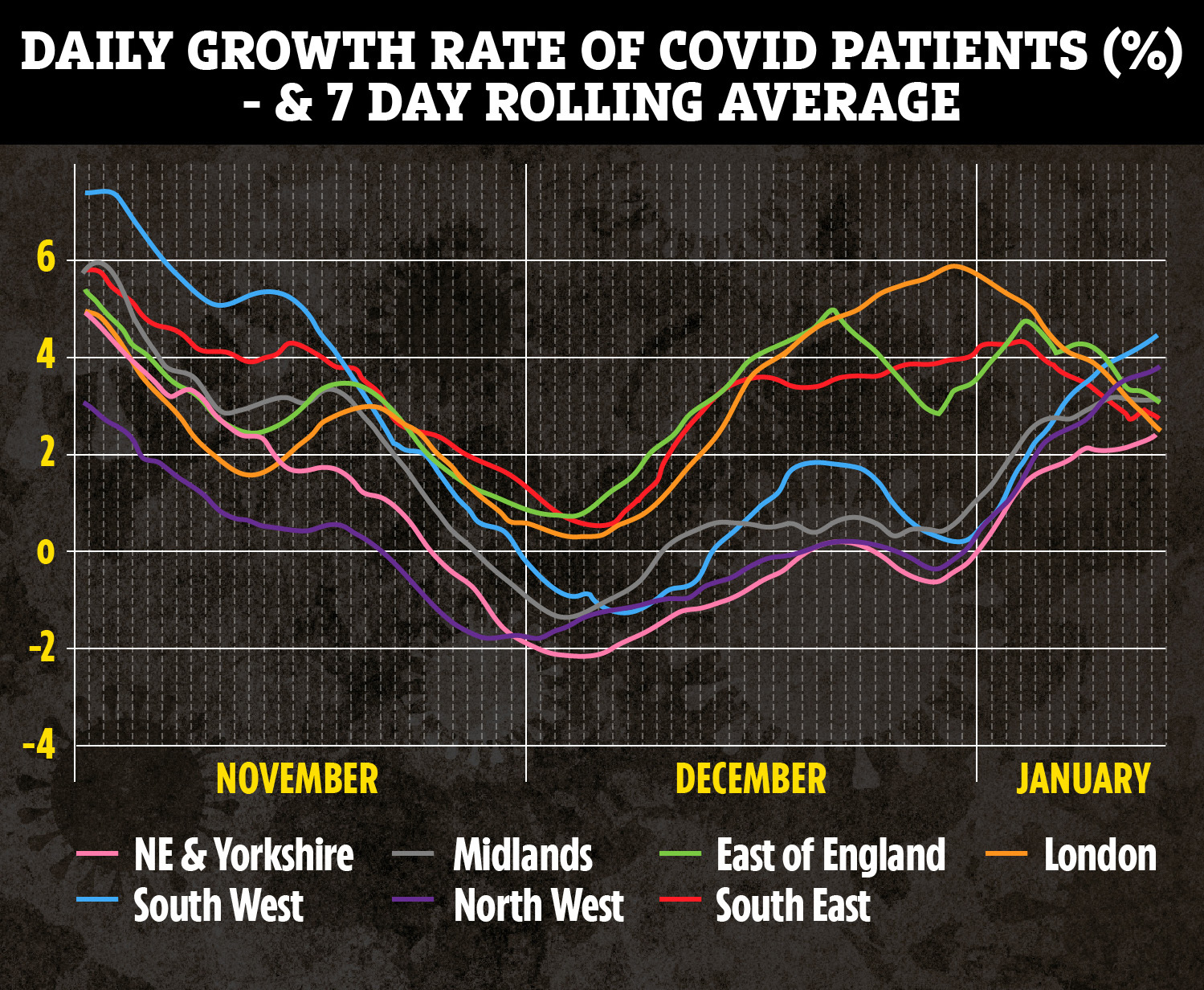 Local leaders have now warned that the area is facing a "tsunami of cases".

He said the upward curve would likely peak in a week's time due to the effects of Christmas mixing.

He added that "Covid tourism" had an impact on cases after people from neighbouring areas had travelled into the city when it was in Tier 2.

As cases continue to rise in Liverpool, so do the number of hospital admissions.

Last week Liverpool University Hospital saw a rise in beds filled by Covid patients – this was up a third on the previous week.

The Trust recorded 248 as of January 5, but this is less than November – when the Trust was reporting more than 400 Covid patients.

Deaths still aren't reaching levels seen in October and November, but as cases rise these have also been rising since mid-December.

In the last week 86 people have died in the area from Covid-19, 28 days after testing positive.

It's important to note that there is a lag in data and a rise in cases won't be seen in mortality rates for around two to four weeks.

Liverpool had lead the way in the lateral flow test pilot and managed to bring cases down at the end of last year.

Following the second lockdown in November it had been placed in Tier 2, this meant that bars and restaurants were still open.

On December 30 the area then moved into Tier 3 restrictions, before being moved into the third national lockdown with the rest of the country on January 4.

Regional mayor Steve Rotheram said the testing structure in the city needed to be used in order to up the vaccine roll out in the area.

The closest mass vaccine centre to residents in Liverpool in Manchester – which may be too far for elderly residents to travel to, Mr Rotheram added.