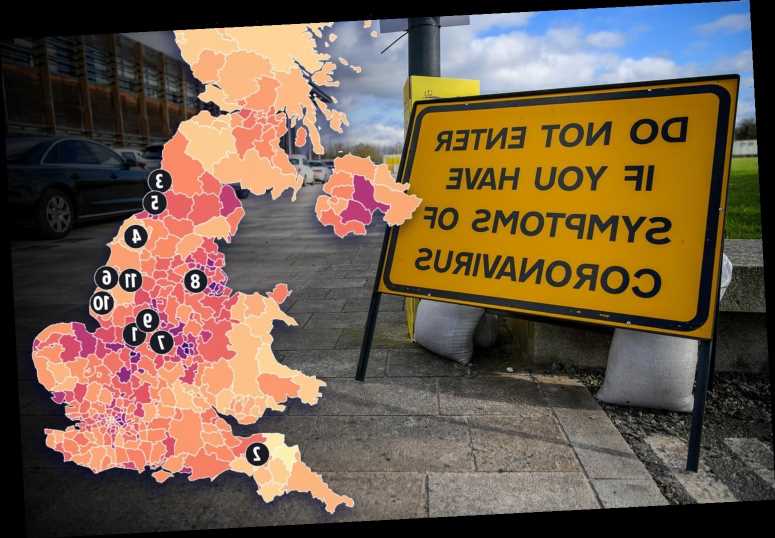 Across the country cases have fallen in 97 per cent of places and this interactive map reveals the rates in your local area.

The data from Public Health England (PHE) comes as a doorstep testing blitzis underway in several areas across the country after the new Kent variant was detected in Manchester.

Thousands of extra tests will be rolled out in the region from Tuesday after two unconnected households were found to be infected with the E484K mutation, Manchester City Council said.

This follows similar surges in testing in Worcestershire, Sefton, Merseyside, and areas in Bristol and south Gloucestershire, after variants were found.

As health officials try and get a hold of infections from new variants, data from PHE states that there are still 11 places in England where Covid-19 infections are rising.

The data accounts for the seven days up to February 4. 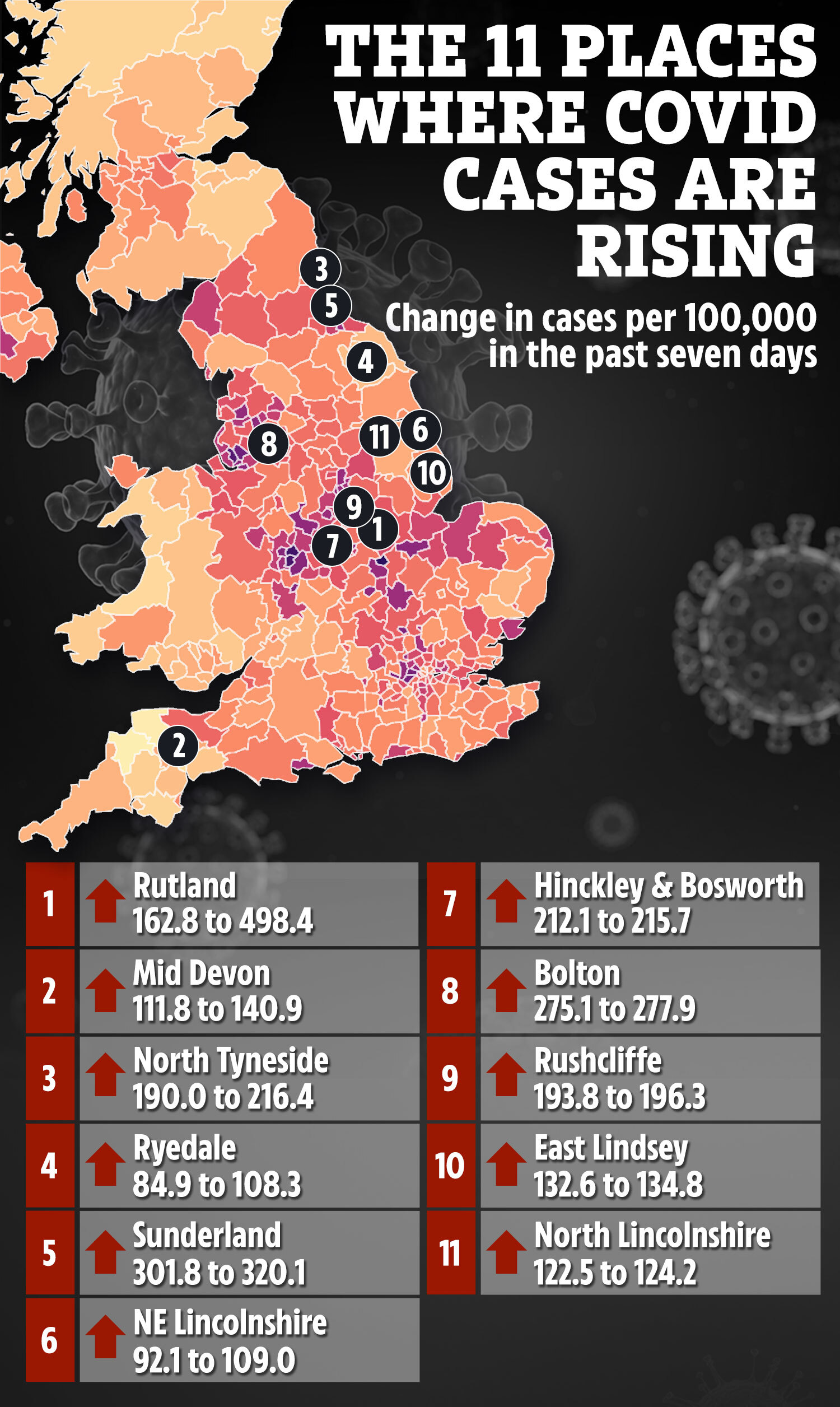 Earlier today Rutland and Melton MP Alicia Kearns confirmed that a large amount of the cases in the area where due to an outbreak in HMP Stocken.

She said around half of all cases in the country were believed to be from the prison.

The Ministry of Justice has however not yet confirmed how many cases have been detected at the prison.

Rapid testing is available in North Tyneside for anyone who can't work from home and who is in contact with members of the public.

Ryedale in North Yorkshire has also seen an increase and cases here have risen from 84.9 to 108.3.

Despite a rise in infection levels the area has been successful in its vaccine programme and two weeks ago it declared that it had jabbed all care home residents and staff.

Other areas that have also seen a rise in infection levels include North East Lincolnshire, which has jumped from 92.1 to 109 and Hinckley & Bosworth, where cases have risen from 212.1 to 215.7.

Looking to the North West and Bolton has seen a rise in infections, rising from 275.1 to 277.9 in the last week.

The town has the highest infection rate in Greater Manchester.

The councils director for Public Health, Dr Helen Lowey this week warned that the dominant variant in Bolton is the Kent variant that was detected last year.

She said: "This variant can pass from one person to another much more easily, which means it is vital to follow the rules at all times and ensure the virus does not have a chance to spread.

“Stay at home and only leave for essential reasons. If you do go out, maintain a strict 2-metre distance from others, wash your hands regularly for 20 seconds, wear a face covering, and avoid unventilated indoor areas.”

Another area that has also seen a rise in infections is Rushcliffe in Nottinghamshire – which has jumped from 193.8 to 196.3.

While the 11 areas above have seen a rise in infection levels some of the most infected areas have seen a fall in cases.

Corby in Northamptonshire has the second highest rate, second to Rutland down from 501.3 to 441.7, with 319 new cases.

Last night Health Secretary Matt Hancock addressed the nation and told Brits that the UK had "turned a corner" in the fight against the virus.

Speaking at a Downing Street press conference he revealed that an incredible 12.2 million Brits had received the jab, in a huge boost to the government's target of vaccinating the top four priority groups by February 15.

Mr Hancock also said that the government was carrying out 4.5 million tests every week in a bid to curb transmission of the bug.

But he urged Brits not to let the guard down despite the vaccination success, adding: "The number of people in hospital is still far too high, but it is falling.

"The number of people dying from this disease is also far too high, but that is falling too.

"We're turning a corner in our battle against coronavirus."